Monster Andrezej Kunowski – dubbed ‘The Beast’ – had already amassed 27 convictions for sexual offences in Poland when he followed a schoolgirl to her Warsaw home on May 16,1995.

As she opened the door he barged his way into the house and told her he had business with her father. But he then walked into her bedroom and asked: ‘Can you keep a secret.’

The girl later told police: ‘I replied I could and then he told me to kiss him.

Kunowski told her to lie down, pulled her blouse over her face and then assaulted her while holding his hand over her mouth.

He half suffocated the girl to restrain her before raping her.
Kunowski left the flat after tying her up but she managed to alert two men outside by shouting through the window.

They caught the rapist and he was also linked to the rape by DNA found on her bedsheets.

But Kunowski was bailed by Polish police because he claimed he had a weak heart, even though he was also facing trial for the rape of an 11-year-old girl.

Kunowski vanished and arrived in Britain on October 26, 1996, using a crudely forged Portuguese passport in the name of Marco Dadias.

On May 22, 1997 he followed 12-year-old Katerina Koneva from her school in Holland Park, Notting Hill, to her home in Iffley Road, Hammersmith. At 4.30 her father Trajce Konev arrived home and interrupted Kunowski as the rapist strangled his daughter on their living room floor. 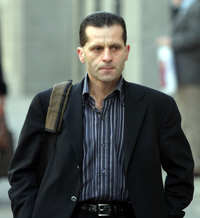 Mr Konev told how he waited patiently outside thinking his daughter must be changing before looking through the gap between the door and the floor.

‘I saw two man’s black shoes. I was so shocked. I was pushing using my whole energy to open the door,’ he said. ‘I hit the door, kicking it with my feet, with all my body just to get in. I knew something was wrong. I was desperate to get in because my feeling was horrible and I was so scared.’

Kunowski, who lived nearby and was working illegally at a a dry cleaners, fled through the window into a neighbour’s garden and was chased by the father through the streets of Hammersmith.

FACE TO FACE WITH HIS DAUGHTER’ S KILLER

Mr Konev said: ‘We came face to face. He was so calm. I noticed a small drop of blood on his face. I asked him: ”What are you doing in my house?” He was just so calm. He didn’t say anything and just ran away.’

He made the agonising choice to follow the man rather than run back to the house where Katerina already lay dead.

Kunowski escaped by hijacking driver Christina Kearney’s Fiat Uno at knifepoint in Trussley Road. He dumped the car near Hammersmith Bus Station and disappeared aboard the 220 bus to Hammersmith Broadway.

Mr Konev gave up the chase and returned home at 4.50pm to try and break down the door which had been blocked from the inside with a chair.

Katerina was lying barefoot on the floor wearing a cardigan, white t-shirt and elasticated tracksuit bottoms.

She had been garroted using a cord attached to her Virgin Atlantic flight bag which had been tightened round her neck with a pen.

Her father told the jury: ‘I tried first to help her, to release the cord. It was too tight. I couldn’t get it off.

‘I started to cry. I started to call her name, Katerina, Katerina.’ He cut the cord and helped a policeman try to resuscitate her but it was already too late.

A post-mortem the next day found she had been strangled for as long as two or three minutes.

Kunowski was linked to the crime by tufts of hair found with her cardigan and traces of his DNA on the pen and the ligature cord.

He was questioned by the immigration authorities when he was arrested for a theft in June 1997 and was detained as he applied for asylum.

Kunowski’s DNA samples and fingerprints were not taken and he disappeared once more when his final appeal was dismissed in December 1997.

On September 22, 2002, he led a pretty 21-year-old to his grubby west London flat after meeting her at Ealing Broadway Tube station and telling her he had a room to let.

The victim, who had arrived from Korea just weeks before, was pinned down, choked into submission and tied up. She was then raped three times over the next three hours – once using a love ball in a condom.

Kunowski was jailed for nine years in May 2003 and charged with Katerina’s murder two months later on July 29.

After a trial at the Old Bailey in 2004, he was convicted of murder and jailed for life.

The Common Sergeant of London, Judge Peter Beaumont QC ordered that Kunowski should die behind bars. ‘I must ensure you spend the rest of your life in prison,’ the judge said.

The officer leading the investigation, DCI David Little, said: ‘I would suggest he is probably the most dangerous sexual offender I have come across. He is certainly the most prolific.’ 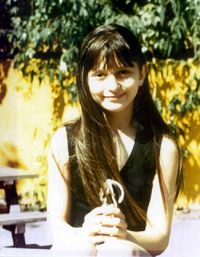 Kunowski only spent five years behind bars before dying of heart failure at Frankland prison, Durham, in September 2009.

He is now suspected of involvement in the disappearances of 19-year-old student Elizabeth Chau in 1999 and Lola Shenkoya, a 27-year-old who vanished on her way home from work in 2000.

His record in Poland stretches back to 1973 and includes an attempted murder, 17 rapes and eight attempted rapes.

He was first jailed that year for an attempted rape of a 16 year-old neighbour in some bushes.

In 1985 he was jailed for 15 years for attempted murder and attempted rape of a 24-year-old. He grabbed the teenager from behind as she walked alone and bound her hands and feet before trying to strangle her. She lost consciousness and was only saved when passers-by intervened.

A 12-year-old girl was raped after being taken into a flat and pulled to the ground.

He raped and robbed a 17-year-old girl after dragging her into bushes and putting a bag over her head.

Kunowksi then attempted to rape a 22-year-old girl and robbed and raped a 20-year-old while attempting to strangle her. He also raped a 17-year-old and tried to strangle her with a belt. 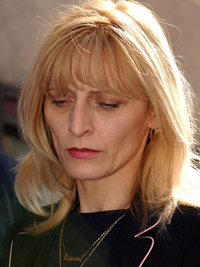 Next an 18-year-old girl was raped after led into undergrowth and throttled.

He then managed to sneak into the home of a 17-year-old girl and attempted to rape her when she returned.

Kunowski next attempted to rape a 20-year-old and then on October 20, 1978, he raped a 21-year-old girl after dragging her into bushes.

The following day he attacked a 30-year-old and tried to strangled her with his hands. He next attempted to rape a 19-year-old, again after trying to strangle her, and raped a 21-year-old woman after dragging her into bushes.

Another 11-year-old girl was the next to be attacked before attempted robberies of two women. On the same day he raped a 20-year-old woman after throttling her with his hands.

He then raped a 13-year-old girl after getting into her flat and grabbing her round the throat.

Kunowski escaped from custody a second time when he sawed through windows at a psychiatric health centre.

He was released early from his 15 year term because of an offender’s amnesty.

In August 1992 he was jailed for four years for indecently assaulting an 11-year-old girl after enticing her into his car.

He was released again in January 1995 before being arrested in May that year for two rapes in February and May 1995 under the name Klembert.

Amazingly he was released for treatment on his leg in June 1996 while awaiting trial.