Antoni Imiela’s small penis may have turned him into a serial rapist obsessed with virgins.

Imiela, who is only five ft six inches tall, harboured feelings of hatred for his own body which drove his desire to dominate weak and vulnerable victims.

Born in Lubeck in Germany in 1955, Imiela was taunted as a Nazi as a schoolboy which may also have fueled his deep-seated bitterness.

As he grew up, the young Antoni amassed a string of convictions and was jailed for twelve years in the 1980s for a series of robberies.

Imiela had a son from a previous relationship when he met wife Christine in 1996 and they married a year later.

Locals in the Kent village of Appledore thought the former jailbird and his wife were just like any other couple.

They lived with Christine’s daughter in a £60,000 ex-council house and worked hard trying to make their home as comfortable as they could.

Imiela plumbed and fitted the kitchen himself and re-designed the garden.

Houseproud Christine vacuumed every day and made the curtains and cushions for the VW camper they drove to car shows across the country.

The van was just one of the 40 vehicles handyman Imiela renovated in a garage bristling with every imaginable tool.

But behind the closed doors of 34 Heathside everything was far from normal.

Imiela’s true desires were never revealed to his wife, who would have been horrified to know of his desperate longings for young virgins with long blonde hair.

And she could never have suspected he was putting his fantasies of ‘power control, and abuse’ into reality when she thought he was working late as a railway engineer. 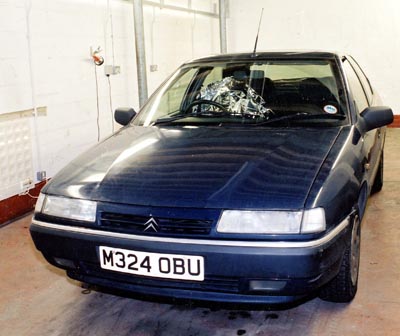 The car Imiela used to stalk his victims

His career as a serial rapist began when he lost his inhibitions after a rare trip to the pub with workmates on his way home.

He stalked the playing fields and paths near a community centre at his Ashford home to target a blonde weak and virginal youngster who fulfilled his fantasies.

Imiela’s first victim was an angelic ten-year-old who was snatched on the Stanhope Estate in Ashford, Kent, as she took down posters at a police-run youth club on November 15 2001.

She told Imiela: ‘Please don’t do anything, I’m innocent,’ as he grabbed her around the neck and dragged her through stinging nettles into nearby undergrowth.

He left her in a ditch and made her count to 500 as he fled, warning the girl he would kill her if she told anyone what had happened.

It was a shocking attack which led to outrage in the town and a mass DNA screening of 3,000 men to try and track Imiela down.

Imiela realised he had made mistake by leaving DNA from his semen on the ten-year-old girl and he convinced himself he could avoid detection if he used a condom and wiped his victims with items of their clothing he took away with him.

It earned him the grim nickname ‘The Trophy Rapist’ because police thought he was keeping his victim’s clothes as sordid souvenirs.

He pounced on a 30-year-old blonde when she was out jogging in Earlswood, Surrey, just after 9am eight months later on July 11, 2002.

She put up a desperate struggle and suffered the worst beating of any of the nine victims when Imiela punched her in to unconsciousness.

Imiela stripped her naked, tossing her training shoes into a stream nearby and tying her hands together with her bra.

‘TELL ME HOW BIG AND STRONG I AM’

Imiela took her t-shirt and knickers, leaving the woman to untie herself and run from the undergrowth to a shocked group of builders wearing justher bra and jogging bottoms.

When Imiela claimed his second victim on July 11 he showed his contempt not only for the women he raped but also their families.

Five hours after raping the jogger, he was at Putney Heath to attack a 26-year-old staff nurse who was training for a charity walk.

The nurse was put into a headlock and dragged into the undergrowth by Imiela who told her: ‘I’m not getting any sex.’

Her t-shirt was pulled over her head and her hands were bound behind her back with her bra.
He took off her boots and knickers, leaving her in just her socks. 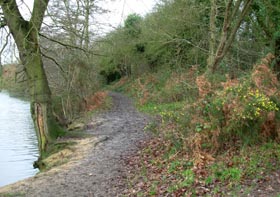 The jogger was raped near Earlswood Lakes

Imiela tied her wrists and legs together with her bootlaces as he left and said: ‘If you scream, I’ll be back.’

She managed to untie herself and raised the alarm at a house nearby as Imiela scrolled through the address book in her phone to call her mother.

He sneered: ‘You know your daughter, the blonde one – I have just shagged her. You’ll hear about it later.’

The panic stricken woman tried to call him back but it was the victim’s sister who got through to him.

Imeila told her: ‘She’s a bit tied up at the moment.’

An 18-year-old who had been out with friends became Imiela’s fourth victim when she took a short cut through Goldsworth Park, Woking.

Imiela had spent the day of July 16 working a day shift in Reading from 8am until 4.30pm and took a detour to the Surrey town on his way home.

She was listening to her CD player on the warm summer evening when Imiela grabbed her neck, forced her to the ground and said: ‘Get your clothes off.’

He told her: ‘I won’t hurt you physically. This will just leave you emotionally scarred.’

When he had finished Imiela wiped himself with her top and tried to remove any trace of his body fluids or pubic hair.

Imiela’s next victim hoped her two dogs would protect her as she walked across Wimbledon Common.

But they abandoned her as he slashed open the 52-year-old’s trousers and knickers with a knife.

‘It all happened very quickly. He had hold of me. The next thing was he threw me into the grass. He was on top of me,’ she said.

‘I yelled for my dogs. I had always thought they would come and help me if there was any trouble but they didn’t come.’

After raping her Imiela said: ”By the way, you weren’t a bad ride.”

He had cut off one leg of her trousers and her t-shirt was missing.

The following day Imiela spotted a 26-year-old shopper getting off a bus near Epsom Common.

Her groceries spilled out on to the pavement as Imiela told her not to scream and dragged her into the woods running alongside the road.

‘I could hardly breathe. He told me if I screamed again he would kill me and he had a knife,’ she said.

‘Then I was on my back. He was sitting on my legs. Then he started touching my breasts underneath my top.’

‘QUITE A SMALL PENIS’

She was the third victim who noticed he was not well endowed and said: ‘It seemed quite a small penis.’

The woman added: ‘I was telling him many times not to kill me. That was what I thought he was going to do afterwards.’

The woman was then bound with her bra and G-string and a bin liner was pulled over her head.

On September 6 he drove to Woking to drag a 13-year-old from her bike.

She saw the rapist and smiled at him but he lifted her off his bike and put his hand over her mouth.

Imiela asked her how old she was and he said: ‘That’s a lovely age,’ adding: ‘You’re not a virgin are you – don’t be ashamed.’

Imiela moved from Surrey to Hertfordshire for his next victim, a 14-year-old who was walking along Six Hills Way in Stevenage on October 25.

Imiela put his hand over her face and dragged into a woody glade snarling: ‘If you scream I’ll kill you.’

Imiela hacked open her trousers with a penknife then pulled them down.

The girl said: ‘I just followed his instructions because I didn’t want to die. I thought I was going to die.’

The Stevenage incident was the crucial breakthrough in the case because the girl was able to produce an e-fit so accurate it was recognised by a neighbour of Imiela’s and called the police.

Imiela’s final victim was a ten-year-old girl he attacked two days after he had given a DNA test which he knew would put him behind bars for life.

Imiela told his last victim: ‘I’ve got nothing to lose.’

He left for work as normal on November 21 but drove to the suburb of Acocks Green of Birmingham where the ten-year-old girl was on her way home.

Imiela wound down the window and when she refused his offer of a lift he showed her a knife and said: ‘Get in or I’ll kill you.’

It was the beginning of five hour ordeal in which Imiela stopped the car eight times to abuse her.

She told how they ended up in a ‘dark road’ in Stratford where she was forced on to the back seat as he attempted to rape her for ten minutes. 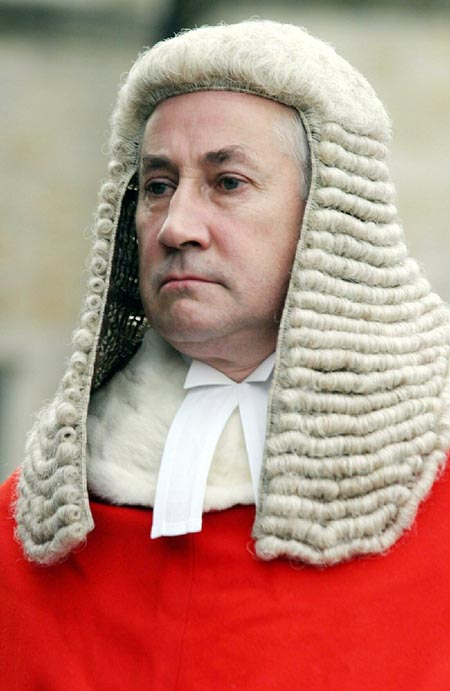 The judge described Imiela as a ‘ruthless sexual predator’

When he was dramatically arrested on the M20 Imiela he had a knife in his pocket and a condom in his wallet.

Dr Anthony Beech, a criminal psychology expert at Birmingham University, said Imiela could have been driven to rape by his tiny penis.

‘There are multiple pathways to rape but this can be part of it,’ he said.

‘It has been found that feelings of inadequacy can lead to rape.

‘To a certain extent rapists can be driven by their own inadequacies and the need to make themselves feel better.

‘They rape to feel that they are being in control.’

Imiela denied the offences and wept in court as he claimed he was gay.

He was convicted by the jury at Maidstone Crown Court and was given seven life sentences.

Mr Justice Owen told him: ‘You are a ruthless sexual predator.’