It would take advances in DNA testing and a ‘cold case review’ to put him behind bars for the rest of his days.

The murder of Roy Tutill in 1968 horrified Britain and led to one of the biggest manhunts ever carried out by Surrey police.

Roy was Kingston Grammar schoolboy who vanished when he hitch-hiked the 15 miles from school to his home in the well-to-do village of Brockham, near Dorking.

He was ‘a normal, happy, healthy child’ who lived at home in with his parents and older brother Colin.

Colin was allowed to hitch-hike home but Roy was not given permission until he was 14 and he awaited his birthday on March 20 with excited anticipation because he was hoping to save his fares to buy a new bicycle and model trains. 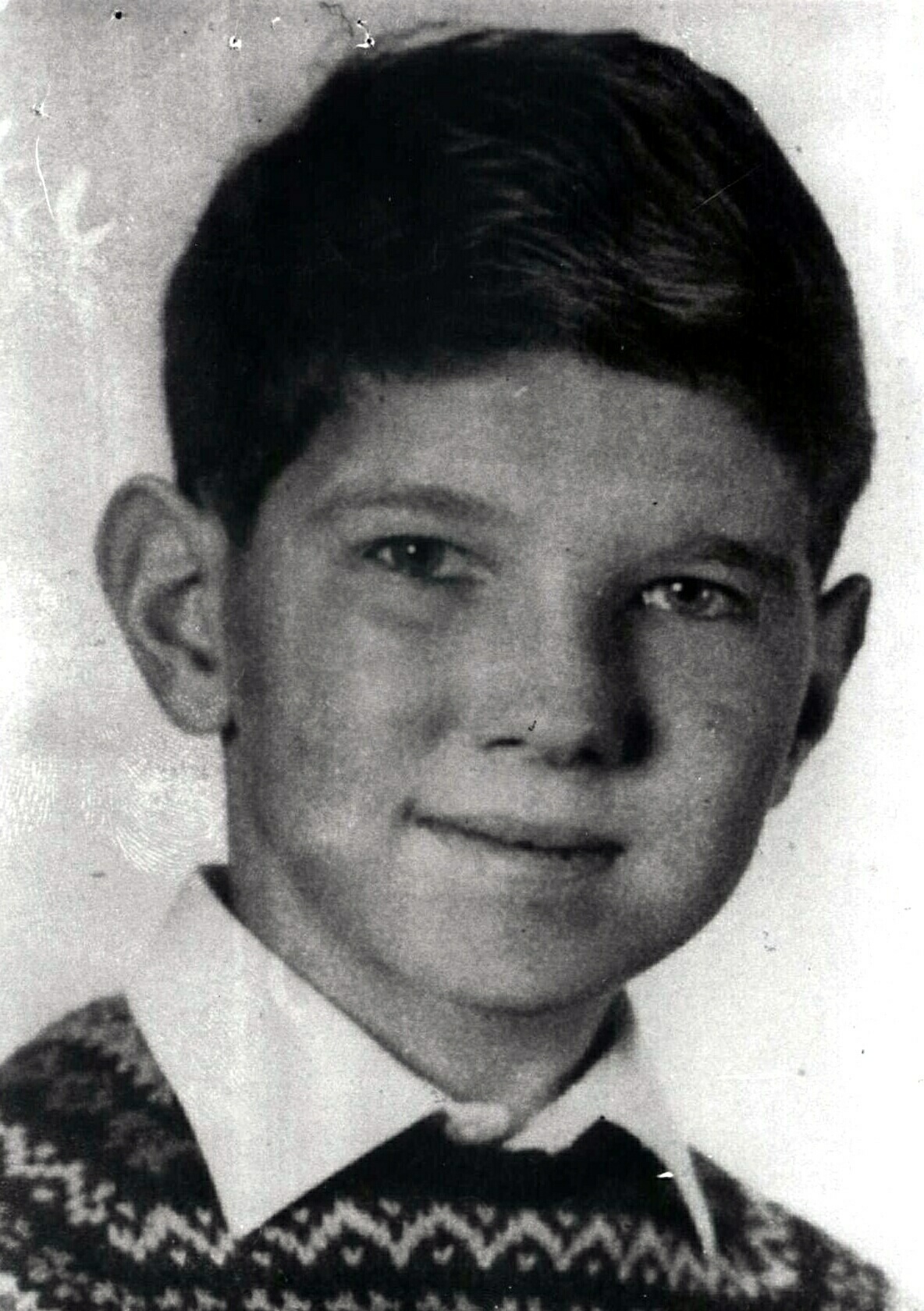 Field, who was working as a machine engineer for the Milk Marketing Board, was later to tell police how he had been driving towards London on 23 April after a heavy drinking session with friends.

The father-of-three, who was then 32, picked up Roy and promised to drop him further down the road but then began touching his leg.
When the boy resisted, Field pulled his white Mini up at a lay-by and ordered him to undress before sexually assaulting him.

STRANGLED IN A LAY-BY

He told police drove up to another lay-by and strangled Roy with a piece of rope.

Field described the boy convulsing and gasping for air until his body ‘suddenly went lifeless.’

The killer then drove home to his wife and their new-born son who was less than two weeks old.

The boy was still wearing his striped school blazer and his satchel was found nearby.

Bruises all over his body and his own nail marks on his neck told of the desperate struggle he had put up against his attacker.

The case dominated the front pages of newspapers for weeks as detectives questioned more than 10,000 people and took more than 2,000 statements.

Intimate samples were recovered from the lad’s body and clothes but in 1968 scientists could only use them to show the maniac was either ‘A’ or ‘O’ blood group.

Roy had been seen getting into a car but a witness mistook the Mini for another marque and police were led down a blind alley. 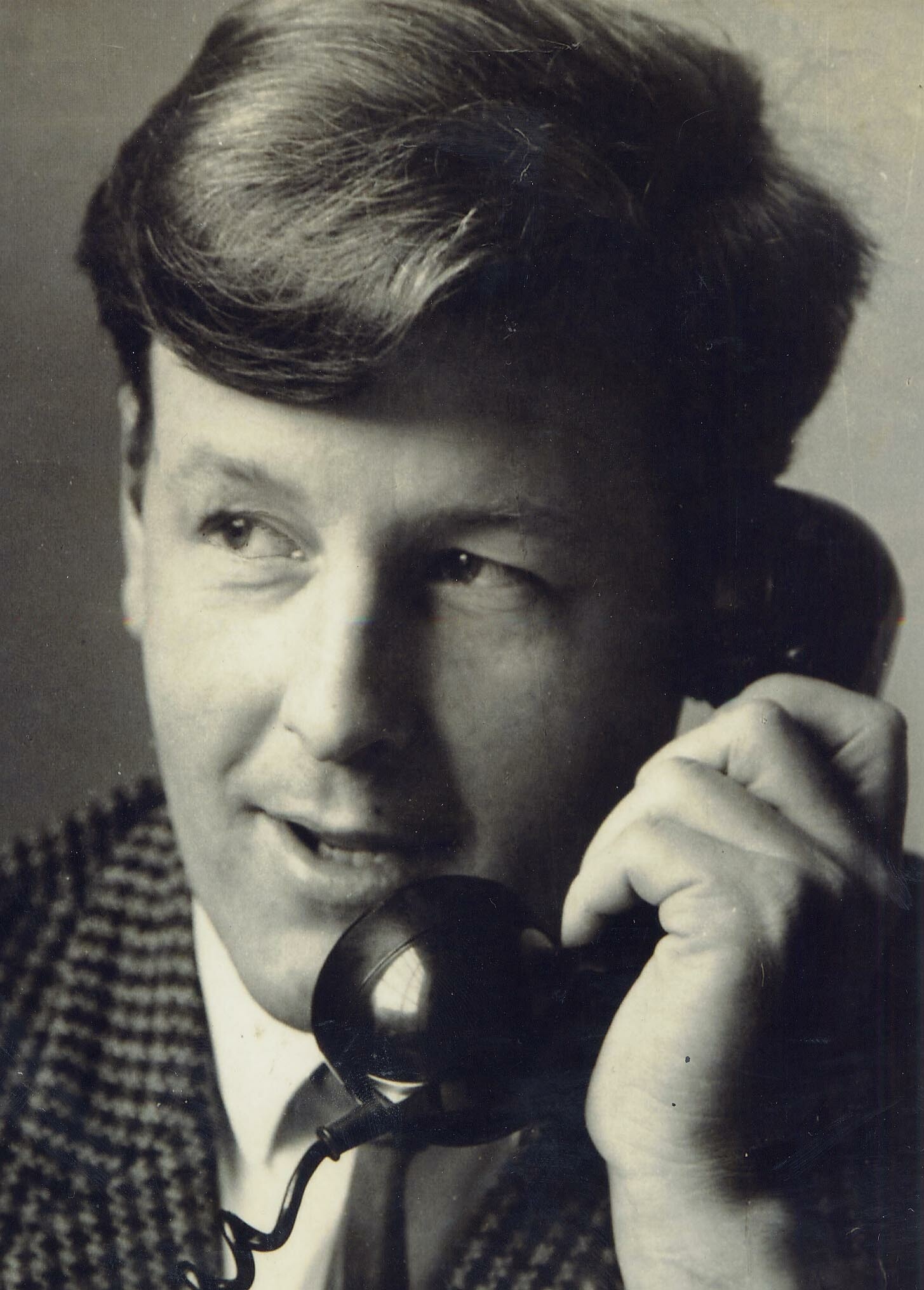 Field carried on with his life as if nothing had happened

Meanwhile Field carried on work and offending as if nothing had happened.

On November 12 1969 at Wrexham Magistrates, Field was convicted and fined for gross indecency, after he passed obscene notes to undercover police in a public lavatory.

In November 1972 he was jailed for two years at Aberdeen Sheriff’s Court for indecently assaulting a 14-year-old boy.

On that occasion Field pounced on a young lad who was walking along a quiet country lane.

His victim was forced to strip from the waist down before Field molested him and then drove off.

In April 1982 he was fined for gross indecency at Oswestry Magistrates Court after fondling a 17-year-old boy.

In September 1983 at Shrewsbury Crown Court Field was jailed for four years after being convicted for two counts of buggery.

THREATENED WITH A WHEELBRACE

The boys aged 13 and 16, were given a lift by the pervert, who threatened them with a wheelbrace and then forced them to remove their clothing. They escaped by jumping from the moving car.

By the mid 1990s scientific advances had made DNA technology so sophisticated that suspects could be traced from objects they had touched simply by the sweat they left behind.

In 1996 a sample from the crime scene was obtained and placed on the national database.

Field was well aware DNA could lead to his death behind bars and he had tried to live quietly in Solihull in the West Midlands.

He had not been arrested for 13 years when he was pulled over for drink driving on September 18, 1999 and the mouth swab he gave was matched to the 1996 sample. 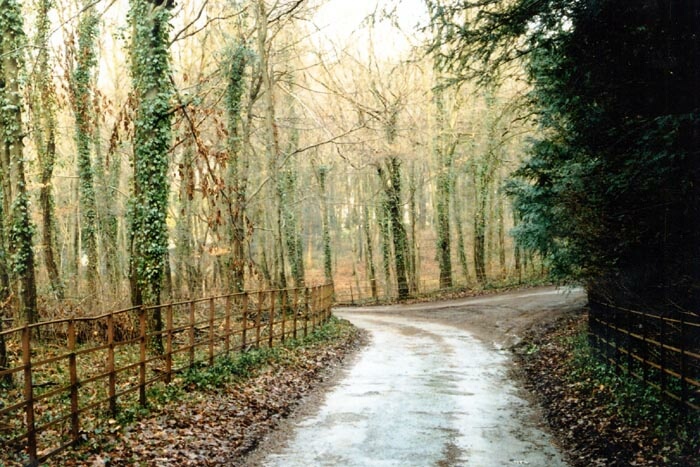 The lane where Roy was snatched

Field was arrested at his home in Solihull on February 21 2001 and claimed to know nothing of the killing in three interviews.

But when he was charged with buggery he started to slowly confess and admitted murder in court.

TORTURED BY A KILLER AT LARGE

His arrest brought closure for Roy’s surviving family who had been tortured by the knowledge that the killer had remained at large for so long.

Tragically both Roy’s parents died before Field was caught.

When he was sentenced at the Old Bailey Judge Gerald Gordon told Field: ‘This was the killing of a normal happy healthy boy – an act particularly obnoxious for all right minded people.

‘But your crime goes much further than that. Having taken a just 14 year-old boy away in your car to satisfy your sexual desires you then committed forceful dreadful sexual acts.

‘And shortly thereafter you strangled him, almost certainly with a rope.

‘You dumped him in the boot of your car and returned home to your wife and young son.

‘These acts and the consequences must have haunted his parents for the rest of their lives.

‘The rest of his family and friends must still suffer for what you did.

Judge Gordon added: ‘Modern science techniques have led to your conviction, and stand as a warning there are few if any hiding places for sexual and violent criminals from modern techniques.’

Speaking outside court Detective Superintendent Philip Doyle who was on the original inquiry said: ‘The one regret is we did not catch him then to prevent him abusing all these other boys.’

The white haired detective said the case had haunted him every single day of his retirement.

‘You never forget,’ he said.