Marie Therese Kouao and her boyfriend Carl Manning were able to torture Anna Climbie to death because of the ‘incompetence’ of police and social services.

Kouao, 44, and her bus driver boyfriend Manning, 28,bound Anna with tape and left her trussed up like a sausage in a freezing cold bath.

She was thrashed with belts and a bicycle chains,  fed like a dog and Manning is believed to have sexually abused her.

Anna died an agonising, slow death from hypothermia after months of starvation.

Kouao,the girl’s aunt and adoptive mother, had brought Anna to Britain from her home in the Ivory Coast so she could claim child benefit.

The mother-of-three may had used a string of African children for the same purpose in France.

Staff from Harringey Social Services in north London and the police turned a blind eye to the obvious signs of abuse.

One barrister told the court: ‘If you came across a child in need in Haringey it would have been better to call out the RAC than the social services.’

‘THE WORST CASE OF ABUSE.’

Anna suffered 128 injuries on her malnourished body in what pathologist Nathaniel Carey described as ‘the worst case of abuse I have seen in mylife.’ 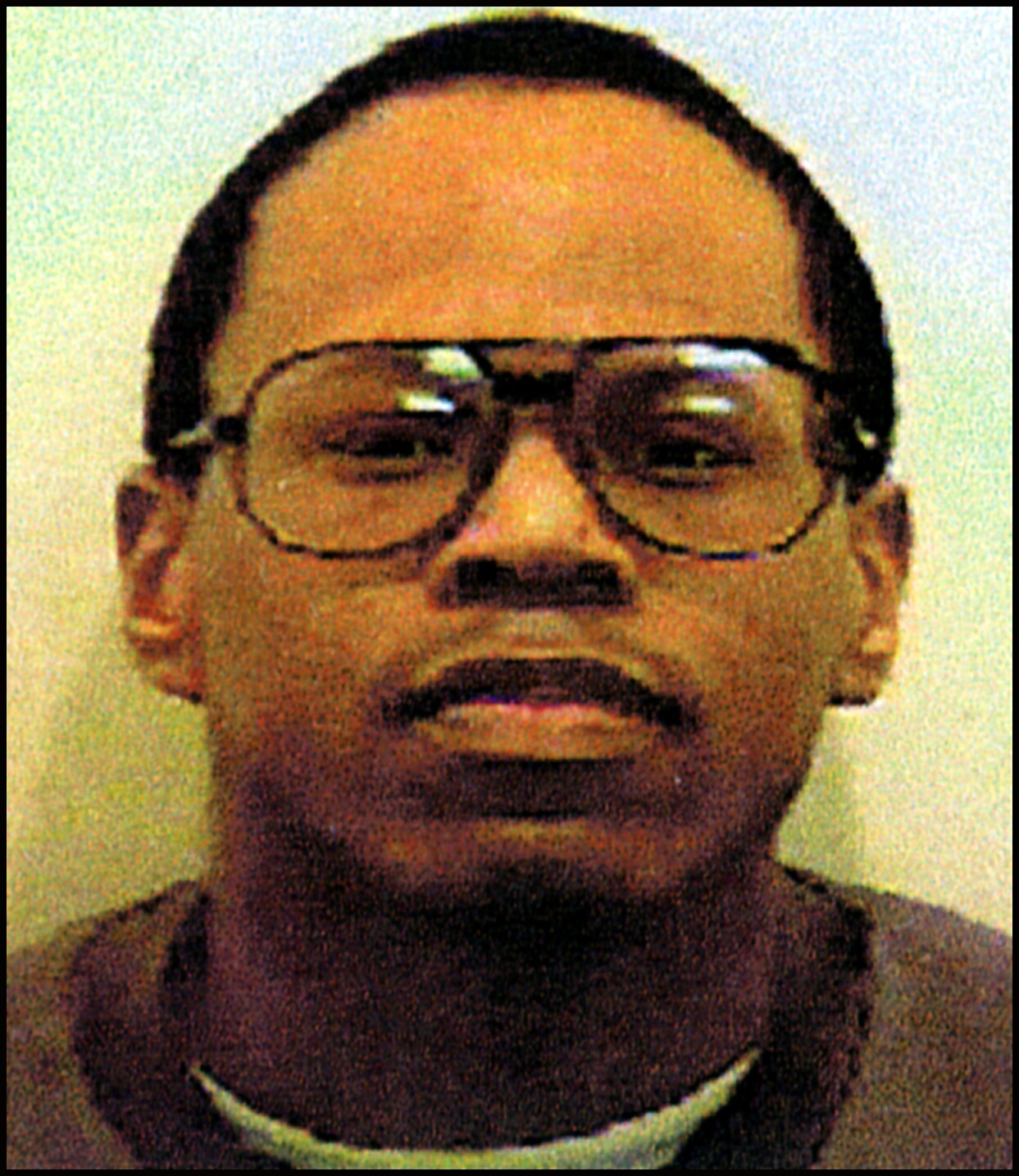 She was left to waste away in a bin liner in the bath throughout the winter,lying in her own faeces and suffering constant beatings with any weapon that came to hand.

A bicycle chain, belt, hammer, shoe and burning cigarettes were used on Anna, who was bound so tightly with masking tape that her legs became deformed.

Twice she was admitted to hospital, only to be allowed back into the clutches of the monsters who treated her with almost sub-human savagery.

Anna, born as Adjo Victoria Climbie, was informally adopted by her great-aunt MarieKouao and taken from the sunshine of the Ivory Coast in October 1998 toa large house in France.

Her mother believed she was to have a the chance of a good education in Britain and would make the family proud.

French born Kouao, a ‘cunning, manipulative liar’, had been earning more than £20,000 a year at Charles de Gaulle airport.

But she smuggled Anna into Britain on a forged passport so she could use the child for profit – a plan described in court as ‘Operation Scrounge.’

Kouao was already on the run from France for a £2,000 social security fraud.

Over the following months, relatives, social workers and the local pastor noticed how ill and withdrawn the little girl appeared in comparison to well-dressed Kouao, who spent hours chatting to friends on her mobile.

Esther Ackah, a qualified nurse went to visi tKouaoand Anna and was horrified to see the little girl wearing a grotesque wig to cover up the mass of scars on her scalp.

She was concerned enough to anonymously tip-off Brent social services, but her complaint was ignored.

Council workers Louise Jones and Bernadette Wilkie both saw Anna in May 1999 when they were dealing  with Kouao’s complaints about her free home.

They offered her a one-way ticket back to Paris but she refused after demanding cash.

By now the little girl was standing to attention when Kouao was in the room and the woman’s very presence could cause her to wet herself.

Kouao met Manning on June 10, 1999, on his Number 18 bus and they became lovers as she took a job as a caterer at Northwick Park Hospital in Harrow.

ByJuly, Kouao and Anna had moved into Manning’s squalid flat in Somerset Gardens, Tottenham, where the little girl was to meet her death.

Soon the couple were binding Anna’s hands and feet at night to prevent walking around the one-bedroomed flat and spreading faeces.

OnJuly 14 Anna’s childminder Avril Cameron took the girl to Central Middlesex Hospital with marks all over her body and weeping, infected cuts on her fingers.

Junior doctors were immediately convinced Anna was the victim of abuse and she was put under a child protection order which prevented her being sent back to Kouao.

Tragically, Dr Ruby Schwartz diagnosed the marks on Anna’s body as self-inflicted injuries caused when she scratched her scabies. 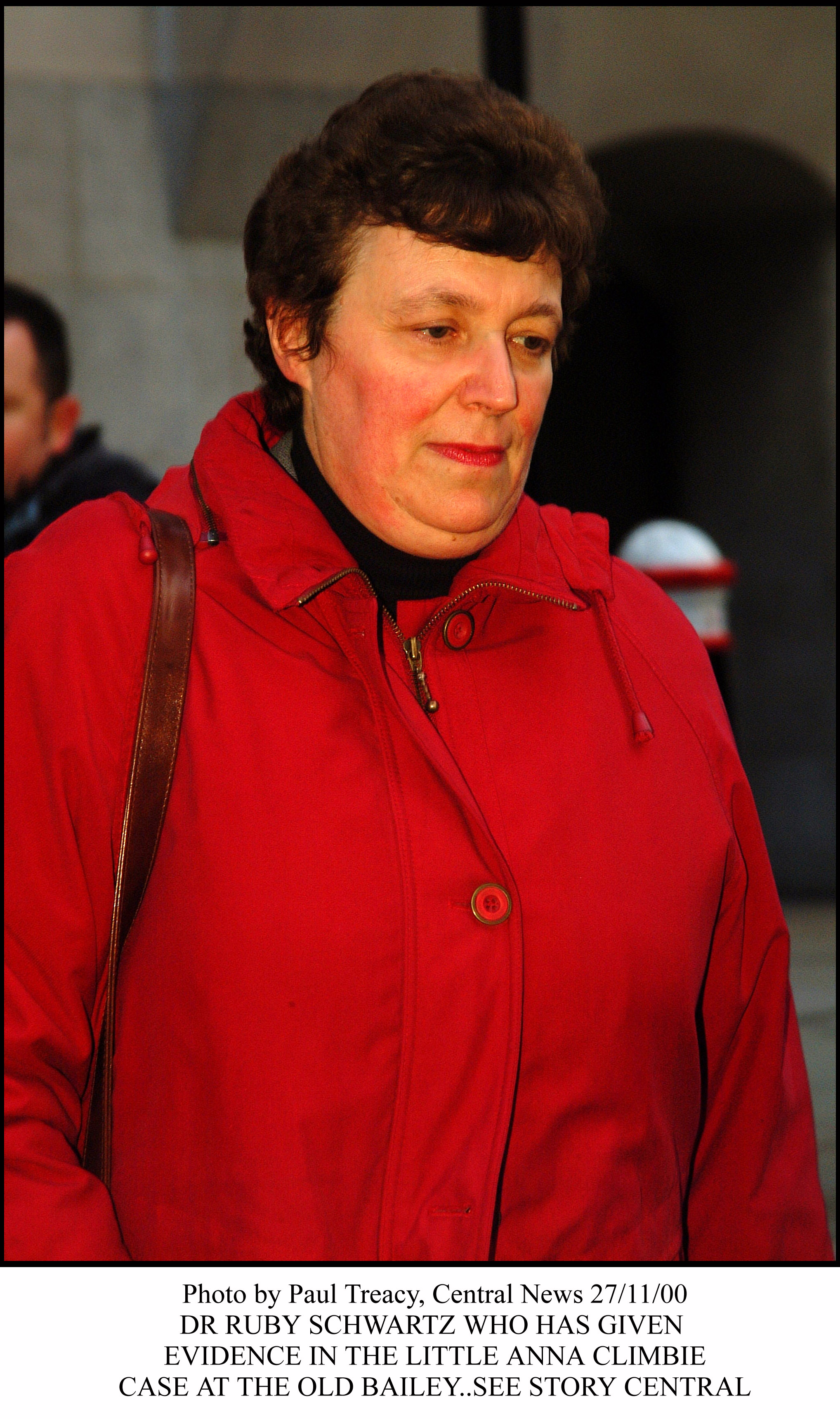 RELEASED INTO THE CARE OF HER KILLERS

Police had no alternative but to lift the order and the child was released back into the care of her killers.

On July 24 Anna was seen at the North Middlesex Hospital suffering from a dreadful hot water scald on  her scalp.

Photographs were also taken of the of the belt-buckle shaped weals covering her body.

Nurses noticed Kouao and the little girl were like ‘master and servant’ as Anna parotted out the sickening phrase she had forced to learn by Kouao: ‘My mummy’s a lovely mummy, my mummy’s a kind mummy.’

Anna was kept in hospital and Kouao, who could still claim her child benefit, admitted in court she and Manning spent that night drinking beer and laughing.

A strategy meeting between police and social services on July 28 agreed a police protection order could betaken out if necessary, but the hospital decided Anna was well enough to be discharged.

Paediatrician Dr Mary Rossiter was convinced Anna was being abused but Haringey social services and the local police child protection team allowed the child  home on August 5 without consulting the doctor.

‘They didn’t do their job properly because if they had Anna would not have been released back into the care of Carl Manning and Marie Therese Kouao without proper supervision and Anna’s death may have been prevented.’

Incredibly, Arthurworrey claimed she believed Anna was not ‘at risk of significant harm.’

The couple were now keeping confined Anna to the flat because as Manning said, she walked ‘bent like an old woman.’

Anna was being left to sleep in a cold metal bath wrapped bin liners and soaked in her own urine and faeces for days at a time.

WPC Jones’ last involvement was to send a letter to Kouao asking her to attend an appointment on December 20, 1999.

The letter was not sent until January 19 – a month before the child’s death.

On February 25 Anna was taken by Kouao to the church for evil spirits to be exorcised from her  but pastor Alvero Lima was so horrified by her condition he insisted she should be taken to hospital.

It was only when a taxi driver ignored Manning’s directions to the Seven Sisters Road and took them to an ambulance station that Anna received treatment.

ICY TO THE TOUCH

She was unconscious and icy cold to the touch and was quickly transferred from North Middlesex to St Mary’s hospital where she died that afternoon.

Manning’s first response to police questions was to ask when the post-mortem was and when the results would be known.

The bespectacled bus driver, who referred to the girl in his diary as ‘Satan’ detailed the full horror oft he little girl’s last days and told how she was fed cold left overswhile still tied up.

Kouau displayed her heartbreaking cruelty when she told a friend: ‘After creating me all these problems, I did not benefit from her.

Specks of Anna’s blood were later found on the bath, the bathroom wall, a shoe and the carpet.

Kouau claimed everyone was lying except her but was convicted of murder.

Manning, was convicted of murder by a majority of ten-to-two. He had admitted manslaughter and child cruelty. 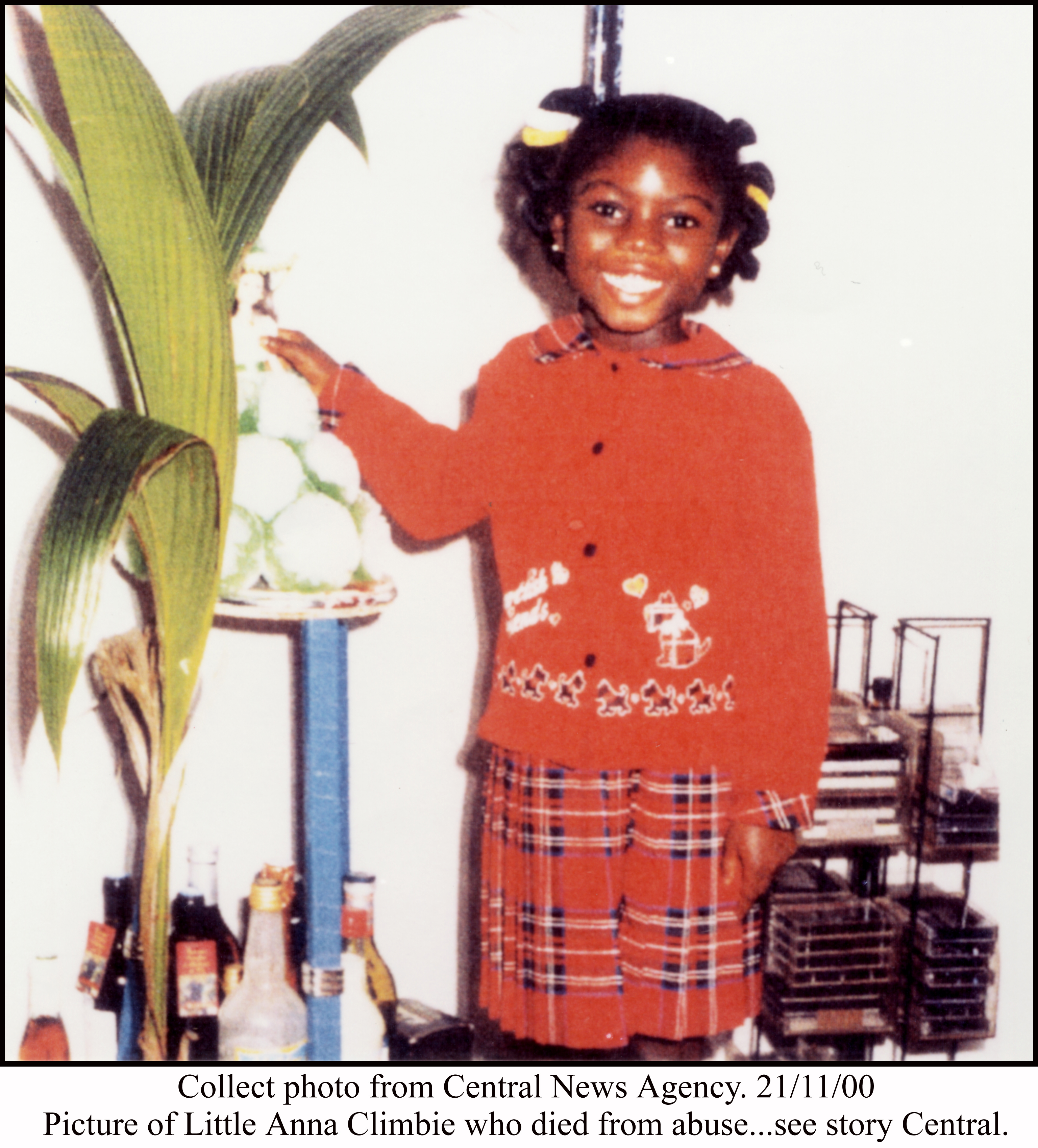 Judge Richard Hawkins told them: ‘What she endured is truly unimaginable. She died at both your hands a lonely drawn-out death.’

Lisa Arthurworrey was sacked after the case and later unsuccessfully took Harringey Social Services to a tribunal for unfair dismissal.

Both the police and social services made extensive changes to their proceedures after mounting full case inquiries into the case.

But the same social services department would also bear responsibility for the death of ‘Baby P’ a few years later.