Cannibal Peter Bryan found his ‘appetite for killing’ after he battered a young woman to death in a fashionable Kings Road boutique.

He had fallen for Nisha Sheth, the 20-year-old daughter of the shop’s owners, while working as a shop assistant but was sacked after being caught stealing clothes.

A week later on March 18 1993, Bryan, then aged 23 and living in Derby Street, Forest Gate, East London, returned to get his revenge.

He knocked Nisha’s 12 year-old brother Bobby to the floor and battered her over the head with a claw hammer as she chatted on the phone. Nisha was dead before the ambulance arrived.

An hour later Bryan, high on cannabis, jumped from the third floor balcony of a building in Battersea in an apparent suicide attempt. He survived and admitted the manslaughter of Nisha on the grounds of diminished responsibility.

He was locked up in the Rampton maximum security psychiatric unit ‘without limit of time’ but was released on the advice of psychiatrists nine years later.

Bryan now had the chilling ability to mask his madness under a veneer of normality.

A short stay at the Riverside House residential care home in Seven Sisters, north London, ended when he was caught ‘blowing raspberries’ on a 16-year-old girl’s stomach.

He was then treated as a care in the community patient at Topaz Ward in Newham General Hospital but on February 17, 2004, it was agreed Bryan could leave the ward as much as he wanted.

By 7pm that night he had killed his second victim Brian Cherry and begun to dismember the body.

‘I ATE HIS BRAIN WITH BUTTER’

Mr Cherry, 43, who was described as a ‘nice man, lonely with no friends’ lived at a ground floor flat at 1 Manning House, The Drive, Walthamstow, east London.

Bryan then emerged from the living room bare-chested and holding a knife to announce: ‘Brian is dead.’

‘She naturally did not believe him and tried to look into the room,’ prosecutor Aftab Jafferjee told the Old Bailey.

‘She saw Mr Cherry lying naked on the floor and could see one of his arms on the floor clearly separated from the rest of his body.’ 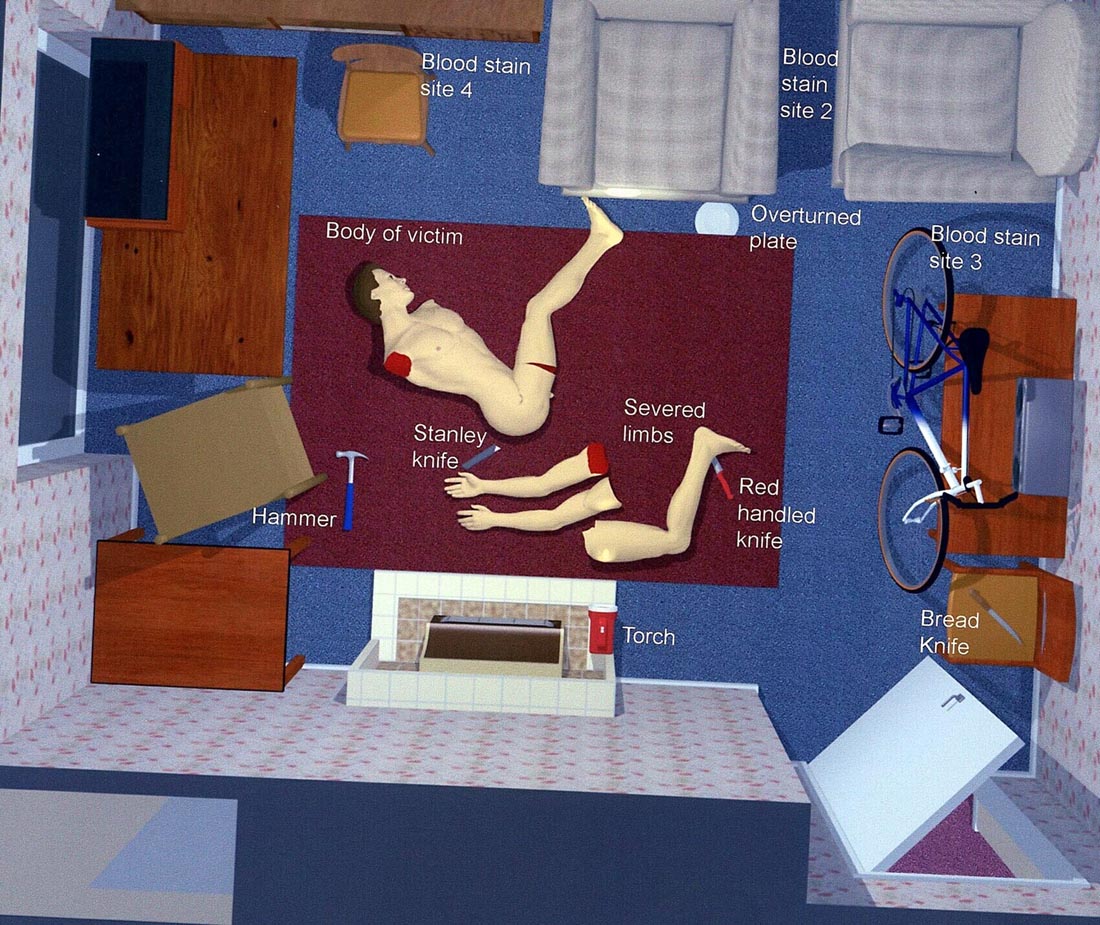 The police arrived to find Bryan standing in the hallway in the dark with bloodstained hands, jeans and trainers.

In the kitchen officers noticed a small amount of meat in a frying pan next to an open tub of Clover butter.

The meat was part of Mr Cherry’s brain. More brain tissue and hair matted with blood was heaped on a plate next to a knife and fork on the draining board.

Bryan told officers he had killed Mr Cherry after the victim opened his door and then said: ‘I ate his brain with butter, it was really nice.’

He later added: ‘I would have done someone else if you hadn’t come along. I wanted their souls.’

Mr Cherry’s skull had been smashed open with at least 24 blows from the hammer and his head had been partly sawn off.

Bryan had also had hacked off his right leg and both arms. Blood was spattered around the living room and three blood-stained knives were strewn around the floor.

Mr Jafferjee said: ‘The severed left leg was partly sawn and partly fractured. At the top of the right left the muscle had been completely divided and superficial sawing of the bone had commenced.

‘The pathologist concluded the defendant had been interrupted before he could complete the amputation of that limb.’

Bryan later admitted that he was ‘comforted by the smell of blood’ and added: ‘I used the Stanley knife to cut them off and some other kitchen knives but I had to stamp on them to break the bone.’

Even at Pentonville jail he told a member of staff he wanted to kill a warder and eat someone’s nose and prison officers had to use riot shields when unlocking his cell in case of attack.

Bryan was finally admitted to Broadmoor maximum security hospital on April 15, 2004, and kept in a cell. But yet another blunder meant doctors believed he had ‘settled’ and could be transferred to a medium risk ward.

‘There was a significant failure within the Mental Health care regime in recognising the danger that the defendant presented,’ said Mr Jafferjee.

‘Even more startling is the fact that such a capacity for failure within this regime was to manifest itself again in just a few weeks time.’

Third victim, Richard Loudwell, 60, was awaiting trial for the murder of an 82-year-old woman and was a patient on the same ward.

On the day of his death, April 25, 2004, Mr Loudwell was ‘happy, cheering and laughing.’ But at around 6.10pm three members of staff heard two bangs coming from the dining room and found Mr Loudwell lying on the floor next to a table and chair.

His face was covered in blood and there was a strangulation mark around his neck. He died on June 5 from broncho-pneumonia caused by severe brain injuries.

When Bryan was found he admitted he had tried to strangle Mr Loudwell with a piece of cord and smashed his head on the floor.

Bryan told doctors: ‘I get these urges you see. I’ve had these urges ever since I saw him. He’s the bottom of the food chain, old and haggard. He looked like he’d had his innings. 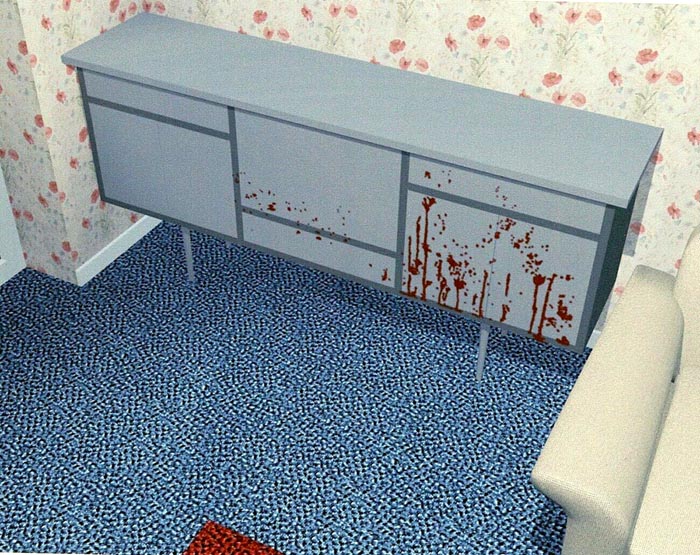 Asked if wanting to eat people was normal, he replied: ‘Of course it’s normal. Cannibalism is normal.

‘It’s been here for centuries. If I was on the street I’d go for someone bigger, you know, for the challenge.

‘I felt excited when I attacked him. I wanted to shag him when he was alive and also when he was dead.

‘I wanted to cook him but there was no time, nor was there access to cooking equipment. I briefly considered eating him raw.’

He named another patient as his next target and added: ‘It’s something like a ritual. I must be becoming a serial something.’

Mr Jafferjee said: ‘He believed that the human body was a natural food source and it
made him stronger. He had wanted to kill eight people because he wanted to be known as a serial killer.’

Bryan even told the doctors he thought he would be released into the community again despite killing three people.

THE PYSCHO WHO CAN APPEAR NORMAL

Psychiatrist Dr Martin Lock, who carried out a series of ‘Silence of the Lambs’ style interviews with Bryan said he was ‘the most dangerous man I have ever assessed.’

He told the doctor: ‘You look like a brainy chap and you are quite slim. I think I could take you.’

Bryan also described the victim’s arms and leg as ‘tasting like chicken.’

Mr Jafferjee said Bryan should die behind bars and added: ‘He is at his most deadly when he is able to present himself as entirely calm and settled.

‘This case reveals a chilling insight into the mind of a man who had developed an appetite for killing.’ 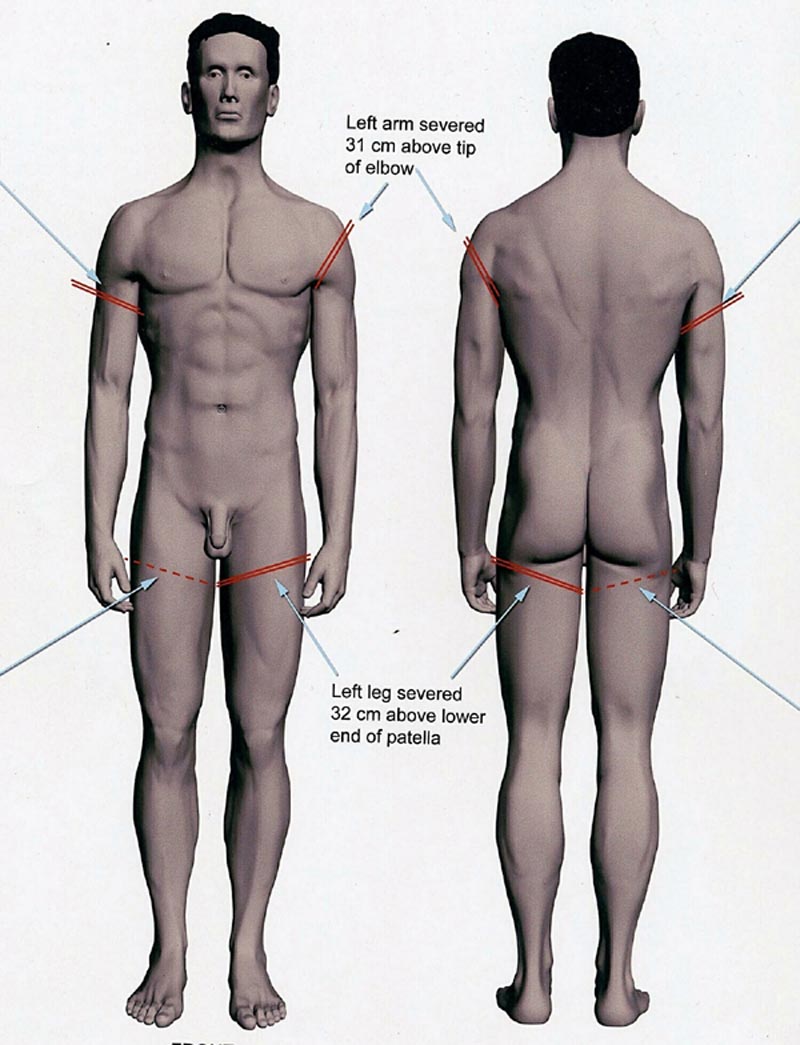 Bryan was given a whole life sentence and will never be released from Broadmoor again.

Judge Giles Forrester told Bryan: ‘You had the urge not only to kill but also to eat the flesh of your victims.

‘You experienced feelings of power and invincibility. Not only that but you gained sexual excitement from the act of battering your victims to death.

‘The earlier treatment at hospital did not cure your disease and there is no reason to believe a hospital order now will do what it failed to achieve back in 1994.

‘It is clear that you can appear calm and cooperative while harbouring bizarre psychotic beliefs.’