Terry Adams: THE LAST BRITISH GANGSTER AND THE ‘GOODFELLAS’ TAPES

But Adams, then 52, knew he was being bugged and he and his wife Ruth mocked the police by faking the sounds of passionate sex for the microphones.

Ultimately the massive investigation into a man believed to be involved in 23 murders could only scrape together enough evidence to put him on trial for laundering his own wages.

During the operation his bent accountant Solly Nahome was murdered in a drive-by shooting and, according to gangland legend, Adams’ top hitman Gilbert Wynter became part of the foundations of the O2 Arena.

No-one has  been charged in connection with either disappearance.

After he was arrested for money laundering ‘The Guv’nor’ was able to delay his case for three years and do a deal with the police that would keep his wife Ruth Adams, then 46, out of jail.

He even managed to force prosecutors to accept he had not been involved in serious crime since 1993.

For a man who was treated like a god in jail, his effective sentence of three-and-a-half years was ‘a right result’ and Adams had once again proved himself the master criminal worthy of his infamous name.

Together with younger brothers Pat and Tommy, Terry Adams headed the north London family known as the ‘A Team’ who were once described as ‘worse than the Krays.’

The Irish Catholic brothers forged their criminal careers extorting classmates money at school in Islington,north London and made millions from the drugs trade in the 1980s.

They ran pubs across London, a West End club, a trendy restaurant in Smithfield, a Hatton Garden jewellery shop and made at least £200million.

The Adams family also traded in extreme violence and were responsible for torturing a Mayfair based businessman so badly his nose and ear were left hanging by a sliver of skin.

Notorious hard man ‘Mad’ Frankie Frazer was lucky to survive when he was shot in the head by an Adams associate in August 1991.

Another victim was former British high-jump champion Claude Moseley who worked as one of their drug dealers. 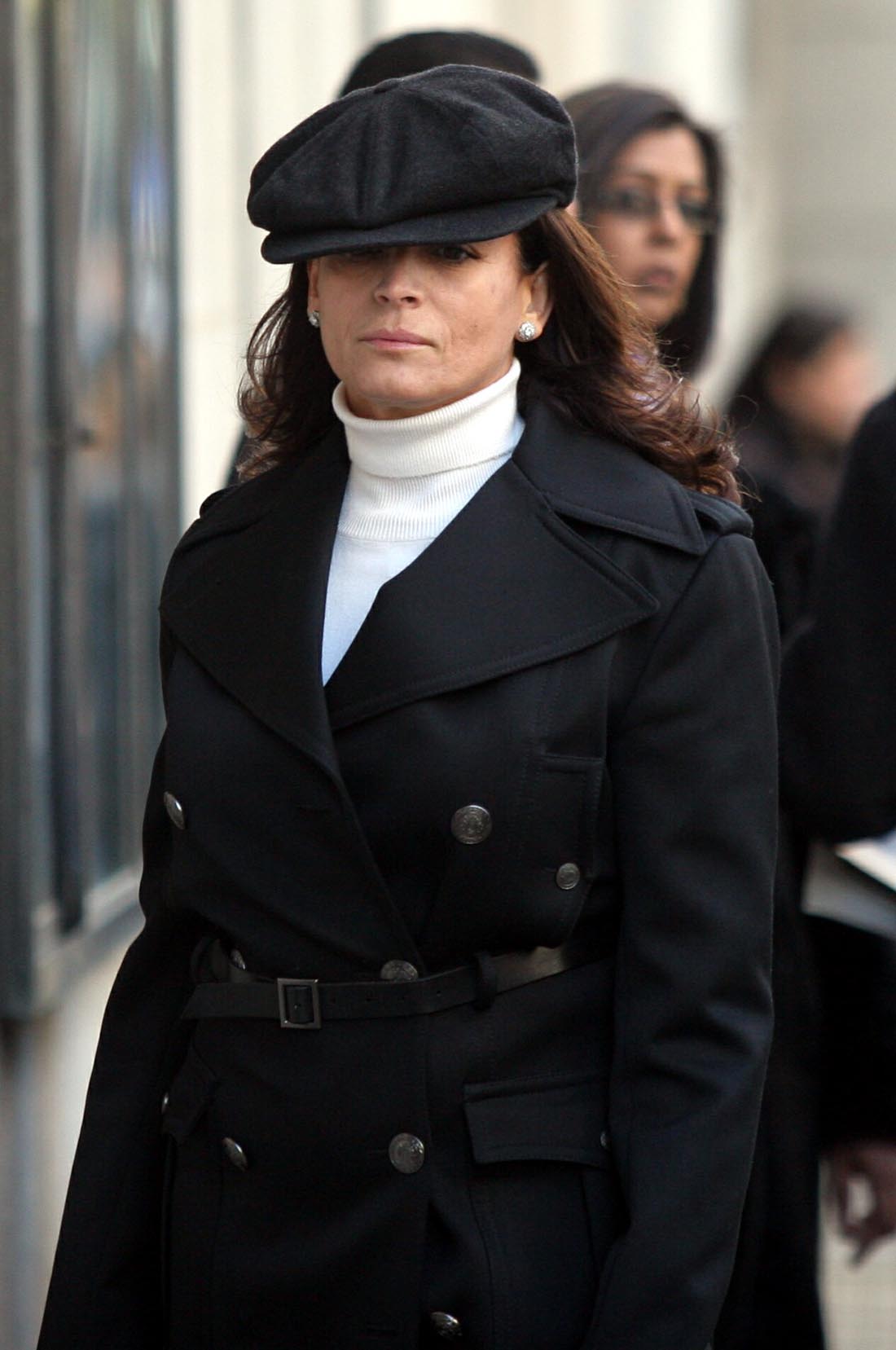 Moseley, who had been skimming money, had a samurai sword plunged so deeply into his back by Wynter it almost cut him in two.

Wynter was tried at the Old Bailey for murder but walked free after the main prosecution witness mysteriously refused to give evidence.

The family had the muscle to pay a spy within the CPS who was later jailed for passing on secrets to another family associate.

They had links to Colombian cocaine cartels, the Russian mafia and tried to buy Tottenham Hotspur FC.

The Adams name was so feared they franchised it out to allow lesser criminals to claim they worked for the brothers – for a generous fee.

Tommy was jailed for seven and half years in 1998 after he admitted an £8 million cannabis smuggling plot.

But Terry has been so skilful at avoiding the police his last conviction was for a firearms offence in 1992 and he retired from the ‘sharp end’ of the business shortly afterwards.

Prosecutor Andrew Mitchell, QC, told the Old Bailey: ‘He comes with a pedigree as one of a family whose name had a currency all of its own in the underworld.

‘A hallmark of his career was his ability to keep his evidential distance from any of the violence and other crime from which he undoubtedly profited.

‘By the early 1990s he had been so successful he was able to retire, content that the wealth and status he had accumulatedby the age of 35 – an age when most people’s legitimate careers have ten years to go before taking off -would allow him and his family to live in the manner to which they were accustomed for the rest of their lives.

‘It was a prosperous life and included flying first class around the world staying in the most exclusive hotels on the chic Italian Riviera, indulging in a passion for expensive watches and jewellery motorbikes and private education.

THE NEED FOR MONEY

‘Whenever the need arose for money cash appeared.’

Police found £60,000 in a shoe box when they raided his mansion in Dukes Avenue, Finchley, north London, but for Adams it was ‘loose change.’

The bulk of his fortune had been salted away by Nahome who is thought to have secreted £25 million in offshore accounts and property purchases.

Nahome was the husband of Adams’s co-defendant Joanna Barnes, who took over his affairs when he was shot dead. 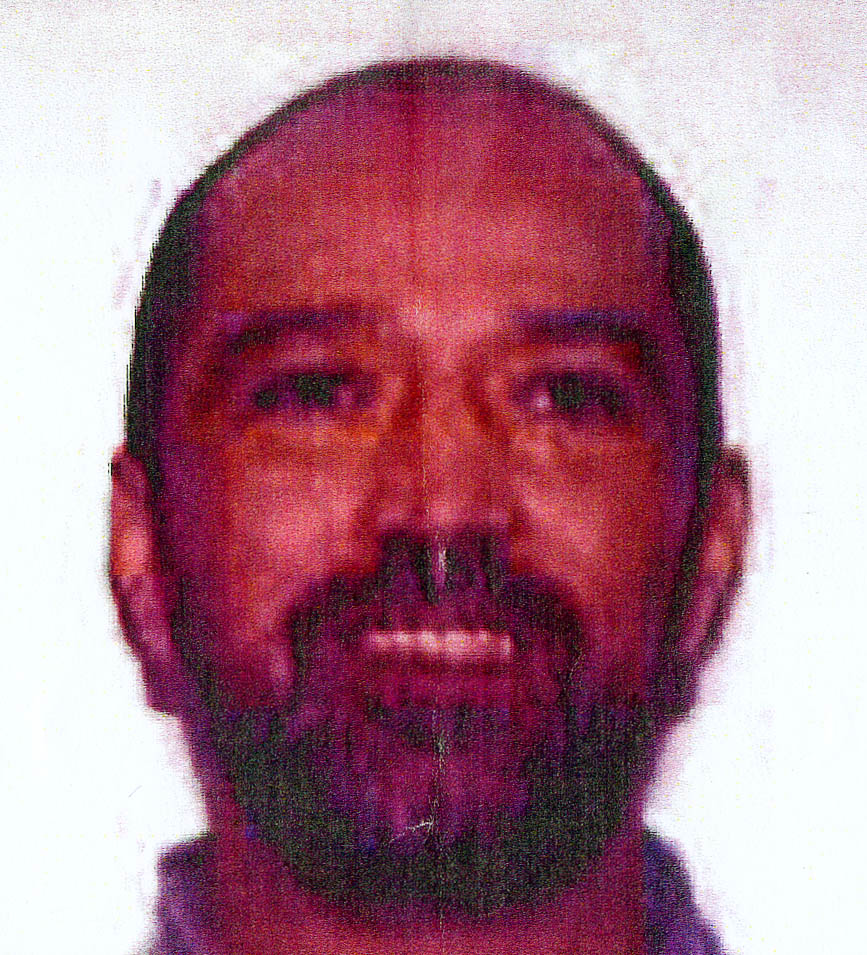 They set up sham companies to provide bogus employment for Adams giving him the title of ‘PR consultant’ or ‘jewellery designer.’

The Adams home was bugged when he ordered a Sky satellite dish and within days surveillance teams were logging a list of visitors which became a ‘Who’s Who’ of British crime.

There were enforcers such as Christopher McCormack, Simon Wooder and Paul Tiernan, together with international professional money launderers like Parvezi Ullah and Mooshe Almog, the Old Bailey heard.

The transcripts of their conversations read like clips from the ‘Goodfellas’ film script and full extracts can be seen below.

Faced with the evidence of the tapes,  Adams, who last lived in a gated mansion property in Arkley near Barnet, was forced to admit money laundering.

At his home he had antiques worth £500,000 including 19th century Meissen figures, a Tiffany silver cup, a Chinese lacquered Davenport, a Queen Anne gilt mirror, Picasso still life linocuts, and Henry Moore etchings.

His known property portfolio was valued at £1.24 million in 2000 and has probably quadrupled in value since then.

He also owns a fabulous villa in Cyprus complete with a luxury yacht.

But the prosecution were only able to trace assets of £1,110,743 which had come from the proceeds of crime and will attempt to claw back just £750,000. Barnes was ordered to pay a total of £10,000 for forging her dead husband’s signature in Adams documents.

WILL TERRY SETTLE THE BILL?

Asked outside court if Terry might help settle the bill she replied sarcastically: ‘Do you think so?’

But Adams might be a bit short of cash himself –  he was ordered to pay a legal bill of £4.7 million.

He was released in 2010 – and greeted at the prison gate by a glamourous brunette driving a £60,000 Range Rover.

In May of 2011 police appealed for new witnesses to the murders of Nahome and Wynter.

Detectives believe the killings are linked and that both men may have double-crossed the ‘A’ Team.

They hoped that gang ‘loyalties may have changed’ and someone might have the courage to testify against Adams.

Police recorded hundreds of hours of conversations at Adams’ home during the operation. They provided little significant evidence, but the transcripts read like a script from a gangster film and they became known as ‘The Goodfellas Tapes.’

TRANSCRIPTS OF ‘THE GOODFELLAS TAPES’ RECORDED AT THE ADAMS HOME IN DUKES AVENUE, FINCHLEY, NORTH LONDON IN 1997.

Terry Adams is watching ‘Blind Date’  on television with his brother Danny and Paul Tiernan when he suddenly starts ranting about a family associate.

ADAMS: Paul, all I’m saying to you mate, we’re all straight. What we’ve done in our past is now straight – alright.

ADAMS: Listen, when you’ve got a so-called brother having it with fucking cracky informers, smack dealers, smack heads that have got to do with fucking old bill – they’re putting the smack out to these people who talk.

ADAMS: Who gets us put into the newspapers? Right, he’s trying to get us all done so he can have his freedom. Worse than a grass, because he’s had it with a grass.

TIERNAN: I don’t see the problem for…

Danny ADAMS: What are you on mate? (He laughs) You are mad.

ADAMS: Dan,I’m gonna go to up to him and say to him on his doorstep Dan. I’ll do it on the pavement. I’m just gonna say, I’ll do it in front of him.I’ll do it in front of his kids. I’m gonna do it Dan, Dan, wherever I get him. If I have my mood Dan, I’ll do him with an iron bar.I’m gonna go to him: ”I’m the cunt, I’m the cunt.” I am gonna fucking have him. If he goes down Dan I’m gonna put my foot there. You won’t be with me.(He becomes animated) I’m gonna do them Dan, I know that, I am gonna fucking do it.

Danny ADAMS: Tel, I will be there mate.

ADAMS: Me and Bobby Warren was in a car once right Dan. There was a geezer that was lying to us Dan, right, on my baby’s life. Dan, I’ve got something about me when things happen. When I hit someone I do them damage. And I went to the geezer. Stealing 100 grand it was Dan, or eighty grand, and I went ‘crack.’ On my baby’s life Dan, his kneecap come right out there.

ADAMS: All white Dan, all bone and…on my baby’s life every time I do damage Dan.If I have a fight I cut them with my knuckles.

ADAMS: What they done here, sending more tax bills, why they doing it to me, I’ve already sorted all this out.

Tony GOLDSBOROUGH: Yeah, but you have to pay them every fucking year.

GOLDSBOROUGH: What for, this year, last year?

ADAMS: And this is for the year 96 – already been paid, paid that 96.What they doing? They’re giving me that money back, they giving me that one, you know.

GOLDSBOROUGH: I hope they have for your sake.

GOLDSBOROUGH:I hope you’re right (He reads the letter from the taxman)

‘Confirms that no adjustment is payable, the amount shows opposite, please arrange for payment.’ No, you got, Tel – Tax year 89/90.

GOLDSBOROUGH: That’s what it says on there.

ADAMS: They’re knocking em down bit by bit, they’re just giving me a hard time because of who I am Tone.

GOLDSBOROUGH: Better get them to your accountant.

FLO: Oh sorry. What do you reckon you are getting on now, everything alright?

ADAMS: Who with? I ‘ve got some news to tell you Mum. Everything I do Mum, right, I do straight.

ADAMS: Right, they’ve got listening devices in this house, I know that, right.

FLO: I don’t believe that.

ADAMS: Yeah, they’ve got listening devices in this house. Me and Ruth have a right giggle with them right, you understand.

ADAMS: We have a right thing, you know, like, er…

FLO: Yeah, I know what you mean.

ADAMS: Dennis has had conversations with me people, things like that.. Cause they do. We give ’em things to talk about.

ADAMS ON…JEWS: (to Solly Nahome) See these people are Jews, Sol. They can’t help fucking taking. I’m right off the Jewish people, Sol I am. I really am Sol. And they’re gonna get three large for fucking nothing.

ADAMS ON…HIS CAREER AS A ‘CONSULTANT.’