The Killer Under the Bed

Hotel receptionist Attila Ban stabbed two workmates to death in a jealous rage before hiding from police for two days inside a divan bed.

He knifed Alice Adams and Tibor Vass, both 20, a total of 24 times before ripping off Tibor’s clothes and leaving him naked and posed on a double bed.

Alice was left dumped like a ragdoll on the living room floor with a cushion over her face. She had been stabbed 22 times.

Hungarian-born Ban then gathered together a primitive survival kit before crawling inside the bed and hiding from detectives for 48 hours, just inches from Tibor’s lifeless body.

He took a water bottle and his mobile phone with him and used a knife to fashion a spyhole in the base, through which he watched police scouring the scene for clues.

The killer even updated his Facebook status from his hidey hole just hours after the bloodbath, posting: ‘I’d like to wake up from this nightmare.’

He finally decided to reveal himself two days later, when he was discovered face down and covered in blood on another bed in the flat. 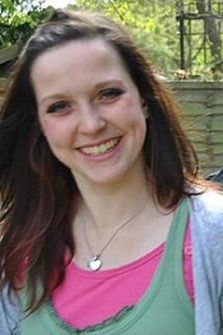 Ban then tried to claim he had suddenly been struck dumb and insisted on communicating only in sign language.

He continues to maintain he cannot remember the massacre.

Ban and his victims all worked at the four-star Radisson Edwardian Hotel at Heathrow Airport in west London.

He was a workaholic, who had previously worked in similar jobs in the hotel industry in the US and was named Employee of the Year at the Heathrow hotel six months before slaying his colleagues.

Openly gay Ban developed a crush on Tibor, a fellow Hungarian, after the younger man joined his team in August 2010.

Tibor had moved to the UK after he was turned down for a university place.

But Ban was jealous of his relationships with women and repeatedly launched outbursts at him when he left him out at social events.

He was so possessive he manipulated bosses into letting him have one of the sought-after hotel flats and convinced Mr Vass to move in with him.

But his amorous efforts were thwarted when he discovered his crush was due to head back to Hungary to take up a university place in September 2011.

Miss Adams was originally from Iver Heath, Berks, and was interested in music and performing arts, but took a job as a hotel receptionist to help her mother out financially.

She was just days away from jetting off on the holiday of a lifetime to see her aunt Kathryn get married in Hawaii when she agreed to attend a party at Ban and Tibor’s flat.

Other staff members came along and Ban and others took the well-known sexual stimulant and muscle relaxant amyl nitrate, also known as ‘poppers’.

After the killer and his two victims were left alone, they all lay on a double bed and both men took it in turns to perform sex acts on Alice.

Police believe Ban exploded in a murderous rage when he realised Tibor would always prefer sex with women to physical contact with him.

A PLACE TO HIDE

In a final insult to the families of his victims, Ban continues to claim he remembers nothing of the killings.

He says he woke up and discovered the pair dead.

‘I accept I killed them. I just can’t remember what happened,’ he said.

He claimed to be so overcome with grief that he cut his wrists and got into the bath with Tibor’s body.

He said he threw a hairdryer in the bath with him to commit suicide – but the appliance simply kept on working under water.

The alarm was not raised until around 3pm the next day when all three failed to show up to work the late shift at the hotel.

Police forced entry and were confronted with a bloodbath – but Ban was nowhere to be found.

They initially believed he could have jumped out of a window or been hiding up in the flat’s loft.

Another theory was that he had stashed a clean pair of shoes outside the door and used them to make his getaway without leaving a tell-tale trail of blood.

It was only two days later that a forensic examiner noticed the bedroom door, which had previously been left open, was now shut. 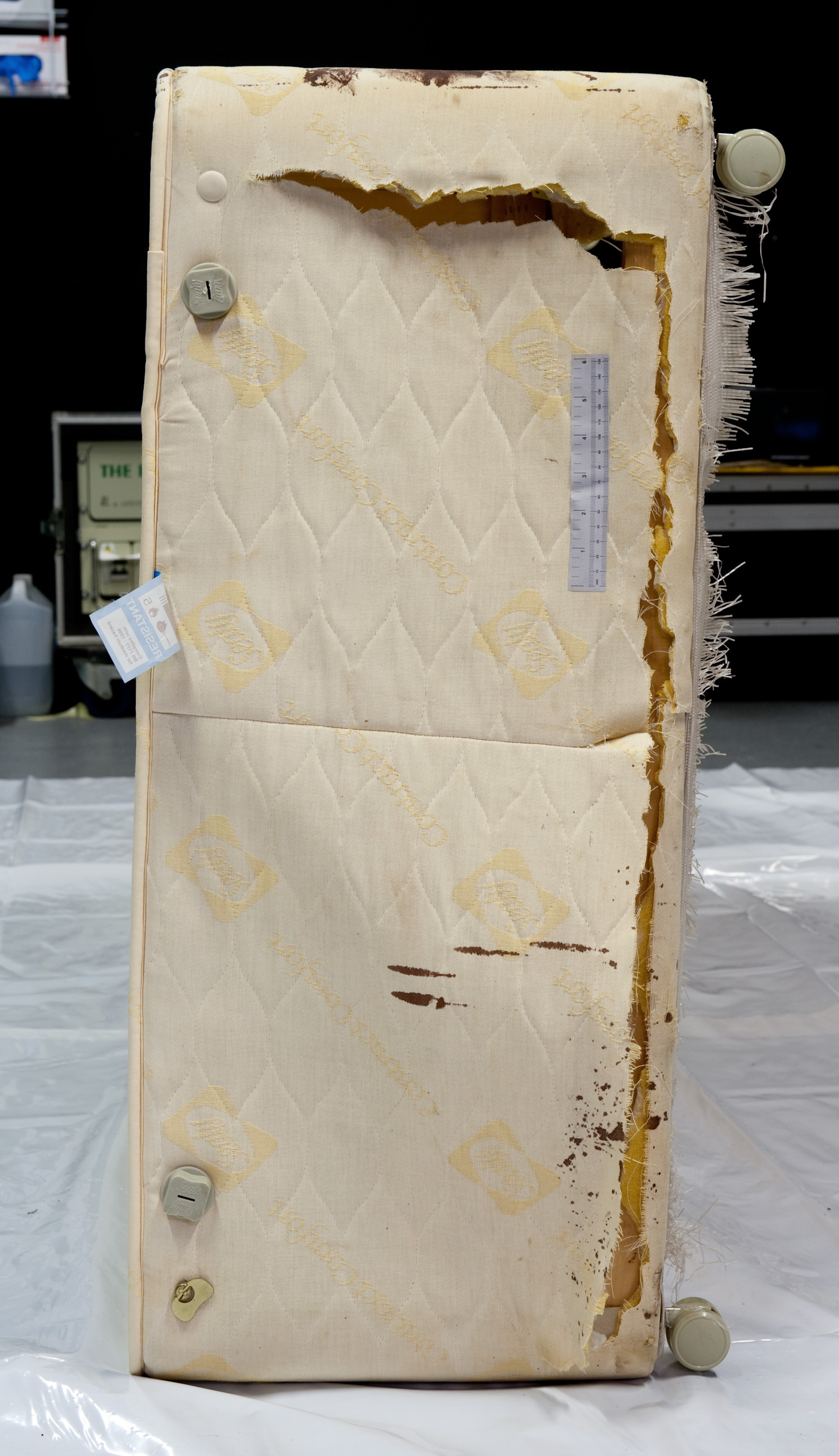 Detectives found the single bed had been used to wedge it shut and on forcing entry they discovered Ban lying naked and face down on the bed, caked in blood.

A craft knife was sticking out of his arm and another was protruding from his buttock.

On examining the divan bed, police found Ban had used a knife to open out the inside to allow himself more space to move around.

He had spent hours inside and had even defecated inside the divan.

Ban claimed he had reached from a hole in the bed to grab a bottle of mineral water when the police were actually in the room.

Police said it did not occur to them Ban was still in the room – and they would not have moved the bed for fear of disturbing forensic evidence.

Det Insp John Finch, of the Met’s homicide and serious crime command, said: ‘The concept of him hiding out in a bed for two days with a dead man he has killed and dumped on top of him is beyond belief.’

Police say it is possible Ban was able to rearrange the crime scene – but stressed the public were never at risk.
VAIN AND PARANOID

Ban tried to pretend he was mentally ill to escape responsibility but was convicted of murder following a trial at the Old Bailey.

He was jailed for life and ordered to serve at least 26 years behind bars.

Judge Gerald Gordon told him he was a vain and paranoid man who had murdered two ‘innocent and decent’ young people.

‘You say you cannot – and still cannot – remember,’ said the judge

‘That may well be true. There is of course now no one else to assist.

‘That in itself creates an even greater burden for the two grieving families, arising from the uncertainty of their loved ones’ last moments.