Danile Gonzales became Britain’s most dangerous serial killer in a desperate attempt to earn a place in the annals of criminal infamy.

Nicknamed ‘Zippy,’ he had no job, no girlfriend, no friends and lived at home with his mother in Woking, Surrey.

He tried to escape his boredom by taking as much drink and drugs he could afford and staggering around West End clubs and pubs.

By the age of 24 he began fantasising about killing people like his horror film heroes.

Gonzalez later told police he had ‘wondered what it was like to be Freddy Kruger for the day.’

Psychiatrist Dr Philip Joseph, who interviewed him after the murders, said: ‘He told me he wanted to be famous and notorious. There was nothing left of his life. He liked the idea of being all over the papers.’

Gonzalez was not mentally ill but his behaviour even as a small child so worried his parents they took him to a psychologist at the age of ten.

He started talking to himself and laughing for no reason and was thrown out of school for drawing offensive cartoons on a textbook and putting drawing pins on a chair.

Gonzalez was repeatedly admitted to hospital for psychiatric treatment and in 1999 was diagnosed as being schizophrenic. 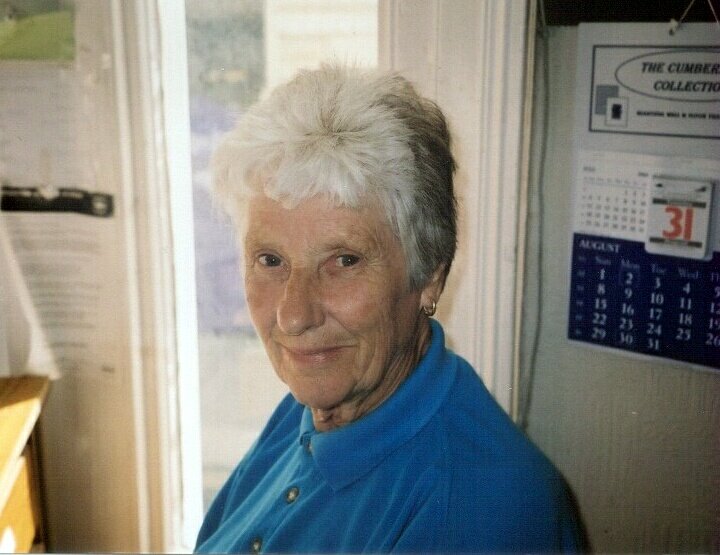 But he was discharged into the community and before the end of the year he had told his mother he had thought about killing people.

They were proved tragically wrong when the attacks began on the morning of Wednesday September 15, 2004.

Gonzalez had spent the previous weekend at a rave in Hackney, east London, where he took a mind bending cocktail of speed, ecstasy, cocaine and the horse tranquilliser ketamine.

On the Monday he was seen running naked from his home into the street and on Tuesday he spent the day in bed readying himself for his first kill.

At around 9am that Wednesday he took a steak knife from the kitchen drawer, packed some clothes in a rucksack and took the train from Woking to Portsmouth, Hampshire.

Two hours later he got off at Hillsea station after spotting the isolated Portscreek area, a favourite spot for joggers and walkers.

He approached Peter King, 61, and his wife Janice who were walking their dog down a narrow path next to derelict gun emplacements.

Gonzalez hid the knife against his thigh then lunged at Mr King shouting: ‘I’m gonna kill you.’

Mr King said: ”I thought he was going to kill me. I was really scared.

‘The knife struck my chin several times and at one point I saw it under my chin close to my throat.’

The two men then tumbled into the undergrowth and struggled for 30 seconds before Mr King managed to push him away.

Gonzalez ran off after muttering: ‘Sorry, I’m a schizophrenic, I can’t help it.’

Frustrated by the failure of his first attack Gonzalez took a train to Worthing, West Sussex, determined to find someone more vulnerable.

He armed himself with a second stolen knife and a white hockey mask and lay in wait in bushes along a secluded footpath off Oakdean Crescent in Highdown. 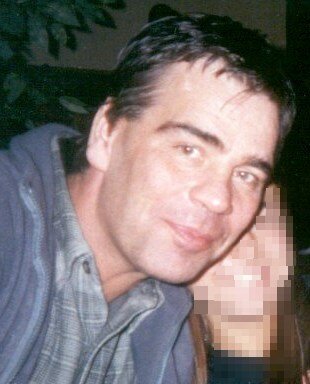 His target, pensioner Marie Harding, 73, was on her way home when she was attacked from behind.

Gonzalez stabbed her in the back and slit her throat before rummaging through her purse for twenty pounds as she bled to death.

He then returned home to Woking on the train, keeping himself occupied on the journey by writing up a ‘diary’ of his first killing.

‘I got that old bitch proper, bloodbath, pouring out of her throat, boy, McFlurry!

The next day he set off for central London to continue his bid to commit up to ten murders and establish himself in the serial killer’s hall of infamy.

Following another drinks and drugs binge he stole two large kitchen knives and got a night bus to Tottenham in north London at 4am on Friday September 17.

Gonzalez later laughed as he revealed to police: ‘He was just some bloke walking down the road and I pulled a knife out and stabbed him.

‘As I was stabbing him, he said: ”What the hell are you doing?”

Mr Molloy was discovered an hour later lying dead on the pavement with stab wounds to his face, neck, chest and abdomen.

A CHANGE OF TACTICS

Gonzalez then switched his focus to victims in their own homes – possibly because he had run out of knives after dumping the last two in a park.

At 7am he broke into the terraced home of Koumis Constantinou, 59, and his wife Christella in Frobisher Road, Hornsey.

The couple were woken by the sound of breaking glass and ran out to see Gonzalez emerging from the kitchen with an eight-inch knife.

Mr Constantinou grabbed a child’s cradle to defend himself but could not prevent the psychopath plunging the blade into his arm and chest.

He said: ‘The cradle fell down and he tried again to stab me. I grasped him by the hand. He bit me in the right hand and I bit him on the neck.’

Meanwhile his wife desperately tried to fend the killer off by beating him with her slipper before rushing out the house to scream for help.

Gonzalez fled and took a taxi to Highgate, north London, with blood spattered over his clothes but still managed to buy a knife for his final and most savage attack.

Derek Robinson, a 75 year-old retired paediatrician, and his wife Jean, a 60 year-old music teacher, were having breakfast when Gonzalez rang their front door buzzer at 24 Makepeace Avenue, Highgate Hill.

Gonzalez stabbed them both repeatedly in the head, face, neck and chest in the hallway of their home.

He later revealed: ‘As soon as I got in there I actually stood there and had a breather and I thought okay, ”Ready steady go” and then I did it.

‘The woman was really strong. I started feeling really sorry for her. I went through her throat then I just stabbed her loads of times in the heart because I wanted her to die quickly.

‘I felt clean, orgasmic. I had washed all the crap out of my life. I felt better.’

Minutes later a decorator called at the house to find blood spattered across the walls.

Gonzalez, who was interrupted as he stripped naked to take a shower to wash the blood off his body, told him: ‘Sorry about this mate’ before fleeing from a window.

He was caught after police followed him onto a train at Tottenham Court Road underground station.

A DANGER TO EVERYONE INCLUDING HIMSELF

Gonzalez broke down under questioning and sobbed: ‘It was very bad. I have had a really shit life. I’m a little boy and I didn’t feel very well. 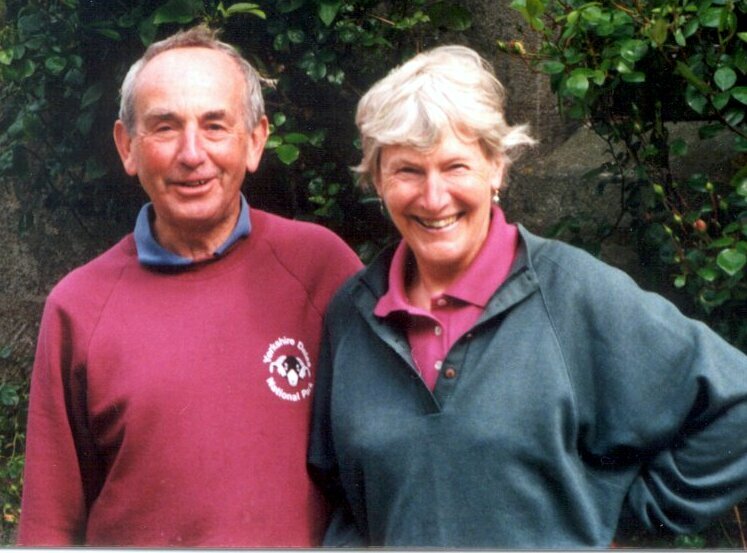 He added: ‘I should go in the electric chair.’

When he was in jail Gonzales became so violent it took five policemen in full riot gear just to escort him to the toilet.

He made repeated suicide bids and in one attempt literally tried to chew his arm off.

Gonzalez even attacked his mother during a visit, grabbing her hair and shouting: ‘I’m in charge.’

Asked about his reasons for killing, he told a psychiatrist: ‘I wanted to kill people because I was bored and I wanted to know what it felt like.

‘I had a rubbish life. I needed to sort it out by killing someone – take it out on someone else.

‘I felt like a superhero. I felt really good man. I felt wicked doing it.

‘This is something I live for. Its a really good buzz, killing.’

Gonzalez even compared himself to the schoolboys responsible for the Columbine High School massacre and bragged: ‘Mine’s a big f***** story and will be on the full front page.’

GONZALEZ AND THE KING OF POP?

In another bizarre twist he revealed he thought he had been pop star Michael Jackson in a former life.

In his killing diary written during his spree, he wrote: ‘Michael Jackson is a sick f****. That’s just disgusting.

‘Last Saturday and Sunday I found out I did the sickest thing possible in a former life.

‘Oh my God what can I say, I’m sick, really sick. I’m speechless. What can Zippy do?

‘Zippy has to do it all to prove he hates Michael Jackson.

Gonzalez claimed he was too mentally ill to be responsible for his actions but the jury found he was ‘a psychopath who killed because of the cold, callous person that he is.’

In 2006 Judge Ann Goddard QC gave him six life sentences at the Old Bailey for four murders and two attempted murders and said he will never be released.

The judge said: ‘You have brought unspeakable misery and grief to the families of those you killed.’

With no hope of life outside top-security Broadmoor hospital, Gonzalez found a way out on August 9, 2007.

Using the shattered edges of a CD case, he slashed both wrists and bled to death in his cell.

But unlike Freddy Kruger, he won’t be back.