It was nearing Easter in 2003 when staff at Big Yellow Storage first noticed a rancid smell emanating from the basement of their Brighton warehouse.

The sickening odour became so intense employees were embarrassed to show new clients the lower floors. But they had no idea of the gruesome secret that lay behind the padlocked door of unit C50.

Just inches away from where the public walked daily, the decomposing corpse of violinist Jane Longhurst was stuffed in a cardboard box, kept as a trophy by depraved killer Graham Coutts, 36.

Her death was the culmination of his 21-year sexual obsession with dead women.

Twelve years before the slaying, Coutts admitted to psychiatrists he had enjoyed ‘murderous thoughts’ about women ‘every day since being a teenager.’

He said he was aroused by the idea of strangling women and even told doctors he was worried the fetish could lead to ‘criminal behaviour.’

He sent away for snuff videos entitled ‘Psycho Sisters’ and ‘Murder x2.’ Coutts would finally make his sick fantasy a reality on March 14, 2003, when Ms Longhurst, 31, made a chance phone call to her friend Lisa Stephens.

Ms Stephens was Coutts’ girlfriend and he answered the telephone that morning. The pair made arrangements to go swimming at a local baths, but Coutts had other plans.

After picking her up from Shaftesbury Road in Brighton, he drove the music teacher to his home in Hove, persuaded her to come in for a cup of tea, then pounced.

It is not known where the killing took place but experts who examined her body said Ms Longhurst would have been lying down and facing her murderer as she was strangled.

Wrapping a pair of his girlfriend’s tights twice around his victim’s neck, Coutts knotted the ligature tightly so he could hold it with one hand while performing a sex act on himself.

Ms Longhurst’s death throes only aroused him further and he pulled the noose even tighter. Deprived of oxygen, she finally died as Coutts reached the height of his sexual pleasure.

Coutts now had his ultimate prize – the dead body of a strangled woman, and he was unwilling to part with it. He bundled Ms Longhurst into a box and dragged her to his car, throwing the young woman’s clothes on top of her.

Coutts hid the body in his garden shed for eleven days hoping his pregnant wife would not stumble across her friend’s body.

But he was forced to transfer her remains to the storage facility fearing police officers who came to take statements from him would notice the smell. It would be Ms Longhurst’s temporary tomb for nearly a month.

In the weeks leading up to the murder, Coutts spent more than £100 on memberships for websites including ‘Club Dead’ ‘Brutal Love’ and ‘Twistedfiles.com.’

After her death he continued to visit the sites, often within hours of returning home from visiting the rotting corpse in a makeshift coffin – a Kleenezee box.

He would download sick images of corpses and rape at all times of the day and night, including one morning when Ms Stephens was downstairs waiting for him to take her on a camping trip.

Coutts insisted the death was an accident during consensual sex and he was only interested in ‘breath control play’ to heighten his pleasure.

But ex-girlfriends lined up to give evidence about his macabre perversions. Former lover Sandra Gates, 48, told the Old Bailey how Coutts loved bondage sex and was ‘turned on’ when she burst into tears.

‘He would tie up my hands and feet, sometimes putting his hands around my neck,’ she said.

‘HE SEEMED TO GET EXCITED’

‘He would use tights and stockings. He would push down, it was uncomfortable. 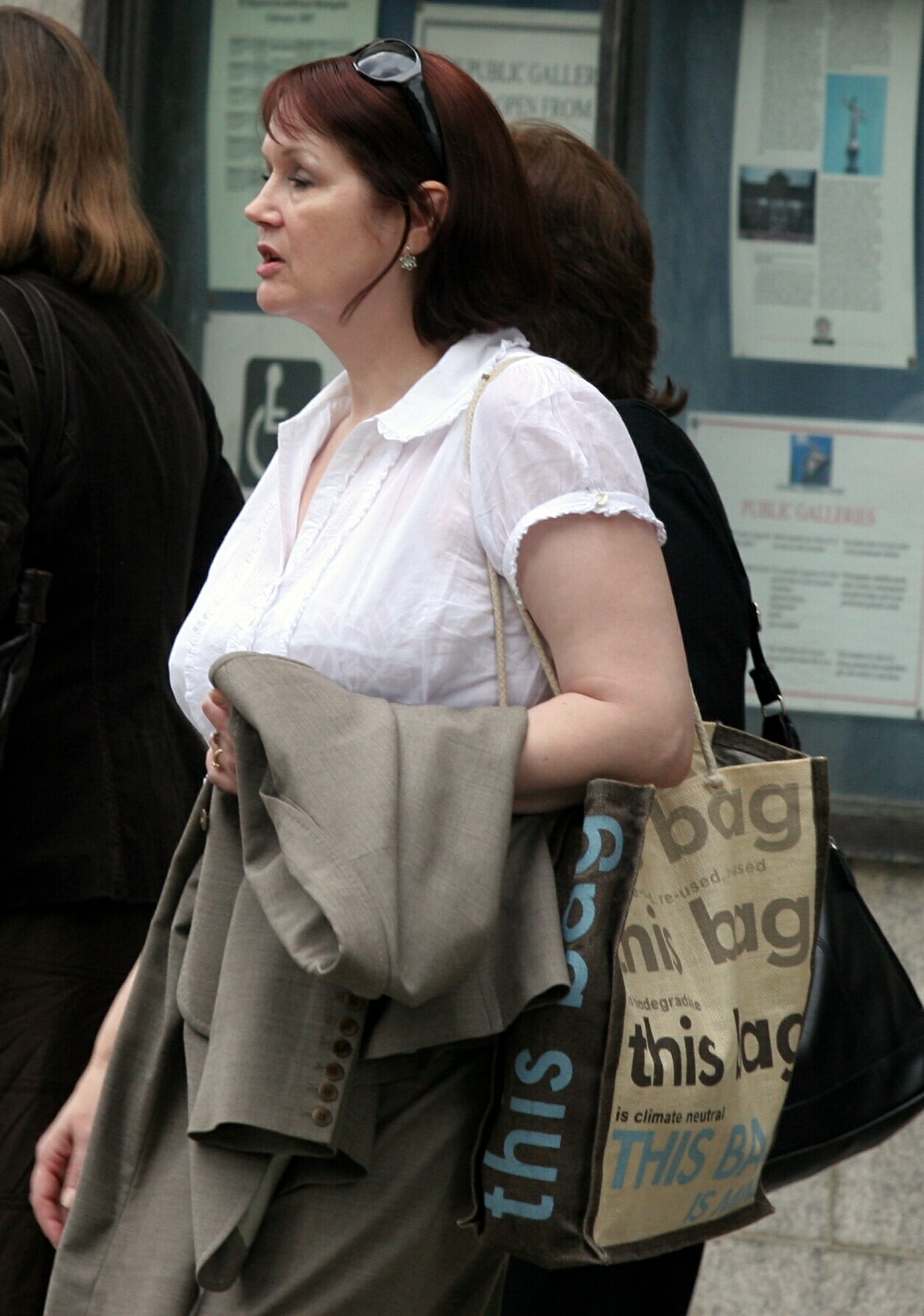 Sandra Gates…told how Coutts was turned on by sexual suffering

‘My tears and distress seemed to turn him on,’ she said. He even told his lover: ‘I have feelings that I am going to strangle and murder a woman.’

‘He was aroused by the idea of strangling women,’ said Dr Culliford.

‘Since the age of 15 these were daily, enjoyable thoughts, occurring during sexual arousal.’

By 2003 Coutts was living with teacher Ms Stephens who had introduced him to her friend, Jane Longhurst, in 1998.

Coutts claimed he was a professional guitarist but made most of his income selling cleaning products after he failed to find success with various groups.

Ms Longhurst worked as a special needs teacher at the Uplands School in Brighton but was planning to sell her house and move to Bath with partner, social worker Malcolm Sentance, 34.

A talented violinist, both Ms Longhurst and Mr Sentance played for the All Saints Orchestra and the pair would often socialise with Coutts and Ms Stephens.

Mr Sentance left his girlfriend at their home around 7.30am on March 14. It was a Friday, her day off, and phone records showed she rang Coutts’ house around 10am.

It was the last phone call she ever made. When questioned by police seven days later Coutts admitted he had spoken to Ms Longhurst that morning but denied meeting her.

While her body was lying in a cardboard box in his shed, he cynically told police,  ‘I can’t understand her disappearance.’

Coutts then moved the body to Big Yellow Storage and was caught on CCTV wheeling a large cardboard box in to a basement unit – chosen because it was cooler than the higher levels.

Giving the name Paul Kelly, he told staff he had split up from his girlfriend and wanted to store a large box of his personal belongings which was sealed with tape.

He visited the body at least ten times but by April 15 employees began to notice the stench.

Coutts knew he had to move the Ms Longhurst and on April 17 he was seen on CCTV wheeling a box from the unit to his car. He returned briefly to the warehouse to clean up fluid which had dripped from the cardboard container.

Coutts drove the body to Wiggonholt Common, near Pulborough, west Sussex, stopping on the way to buy petrol.

He dumped the box and set it alight. A passer-by spotted the flames and the fire-brigade found Ms Longhurst’s remains with the ligature still in place on April 19, more than a month after she vanished.

She could only be identified by her dental records. But when staff at Yellow Storage heard the news of the body’s discovery they linked it to the smell in Unit C50 and the furtive looking man who left the box there.

When he was arrested Coutts insisted Ms Longhurst had agreed to ‘try something different.’

Coutts said ‘I have done this a couple of hundred times previously and to this day there has never been an issue of it being unsafe. It’s always been safe.’

He claimed to have panicked after realising she was dead and was worried his girlfriend would lose their unborn twins if she discovered the truth.

‘I equated the truth coming out with the death of my children. I kept seeing two little coffins in my head.

‘If I didn’t hold it together that would be the result,’ he said. He denied visiting the corpse for a ‘sexual thrill.’

When police searched Coutts’ home in Waterloo Street in Hove they found hundreds of images of strangulation and necrophilia on his computer. 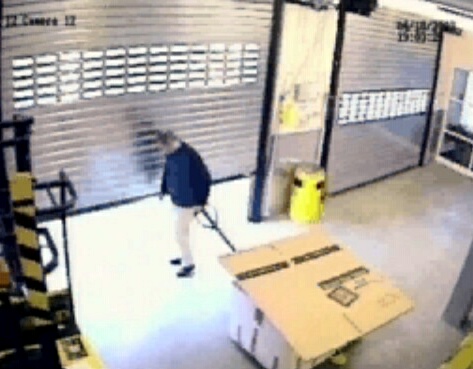 Several pictures had been downloaded on the day before Ms Longhurst disappeared and just before and after her body was found.

They also found traces of Miss Longhurst’s blood on a shirt belonging to Coutts in the unit and a used condom suggesting he had sex with the body after death.

Coutts was convicted of Ms Longhurst’s murder in February 2004 at Lewes Crown Court but appealed in December 2005 claiming the verdict was unsafe because the jury were not offered the alternative charge of manslaughter.

The verdict was upheld in January 2005 but the House of Lords referred the case back to the lower court and the conviction was quashed on October 19, 2006.

A new Criminal Justice and Immigration Bill has had its first reading in Parliament, which means that it has been published and awaits debate and committee scrutiny.

A statement from the Ministry of Justice said: ‘Material covered will include necrophilia, bestiality and violence that is life threatening or likely to result in serious injury to the anus, breasts or genitals.’

Jailing him for a minimum of 26 years Judge Richard Hone rejected Coutt’s claim Ms Longhurst wanted to have sex with him.

‘You inveigled her to go to your flat. On your account within a 20 minute time frame from arriving you were indulging in asphyxia or breath control sex.

‘I have no doubt that the jury was sure it was inconceivable that Jane Longhurst had consented to what you did.’