Napper’s confession to the killing of Rachel Nickell murder brought to a close one of the most infamous unsolved murder cases in recent legal history.

Her two-year-old son Alex was found by a passer-by clinging to her blood-soaked body, crying ‘Wake up, Mummy’ while pet Labrador Molly cowered by her side.

Napper was a suspect after he admitted butchering Samantha Bisset, 27, and smothering her four year old daughter Jazmine-Jemima in November 1993.

But detectives ruled out a link because they were convinced innocent Colin Stagg was Rachel’s killer.

Napper, who has been in Broadmoor maximum security hospital since 1995, was finally charged in 2007 after a five year, multi-million pound reinvestigation by Scotland Yard.

The breakthrough came after microscopic traces of DNA taken from Rachel’s body which would have been undetectable in 1992 matched his profile.

Napper is thought to be responsible for 106 sex attacks across southeast London by the so-called ‘Green Chain Rapist’ during the late 1980s and early 1990s. 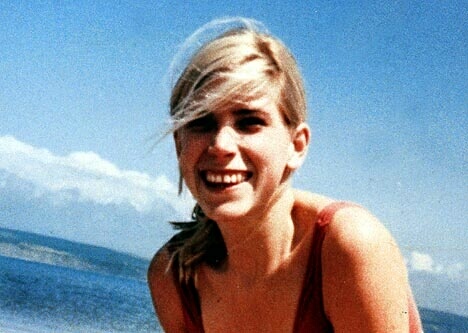 The former Ministry of Defence worker, who suffers from Aspergers Syndrome and paranoid schizophrenia, admitted the manslaughter of Rachel at the Old Bailey.

Assistant Commissioner John Yates is now to offer face-to-face apology to innocent suspect Colin Stagg, who was awarded £700,000 in damages by the Home Office in August this year.

He was tried for Rachel’s murder after police attempted to trick a confession from him in a  ‘honey trap’ operation.

Napper, who was obsessed with knives and death, has previously admitted sexually assaulting three young women in the months before Rachel was killed.

On March 10, 1992, he tried to rape a 17 year-old girl walking to a friend’s home on the Caldwell Estate, Hither Green, southeast London.

Eight days later he sexually assaulted another teenage girl at knifepoint in a field in Mottingham.

In May that year Napper grabbed a 22-year mother pushing her two-year-old daughter in a buggy along the Green Chain Walk in broad daylight.

He put a ligature around her throat, battered her and raped her on the footway.

Two months later Rachel was targeted as she walked on Wimbledon Common with her two-year-old Alex and dog Molly.

Her body was found under a silver birch tree next to her bloodsoaked son. Her throat was slit and she had been stabbed 49 times and sexually assaulted.

Napper, who only had a previous conviction for possession of a loaded air weapon in a public place in 1986, remained at large.

He struck again on 3 November 1993 at the home of Dundee-born Samantha Bisset and daughter Jazmine-Jemima, nicknamed JJ.

Napper spied on Miss Bisset as she made love with her boyfriend before sneaking into her basement flat in 1a Heathfield Terrace, Plumstead, through the open balcony door.

Samantha put up a desperate struggle for life as she was stabbed to death in the hallway. One knife wound severed her spinal cord.

Napper suffocated and sexually assaulted her four-year-old daughter in her cabin bed surrounded by children’s toys.

He then set about mutilating Samantha’s body in the living room after covering her head and face with clothing.

At the court hearing in 1995, prosecutor Nigel Sweeney detailed the horrific attack – which has chilling similarities to the killings of Jack the Ripper in Whitechapel in the autumn of 1888.

Mr Sweeney said: ‘He cut open her body from the top of her chest to the genitals.

‘He peeled her skin back and in some areas, in particular the umbilicus, pubic and lower abdomen area, removed the flesh altogether.

‘He pulled away her ribs, causing extensive splitting of the tissue and once the internal organs were exposed he stabbed them many times.

‘Secondly he cut open the top of her right thigh and attempted to cut off her lower leg at the knee.

‘He cut open her left leg from the hip to the lower thigh with an extensive cut.

‘He eventually left the flat, taking with him a piece of Samantha Bisset’s abdomen, presumably as a trophy.’

Napper left after arranging her body on a cushion in the position she and her boyfriend had made love.

Her partner Conrad Ellam discovered his girlfriend’s body the next morning when he let himself in the flat.

An experienced woman police photographer called to record the scene was so traumatised by what she found that she never worked again. 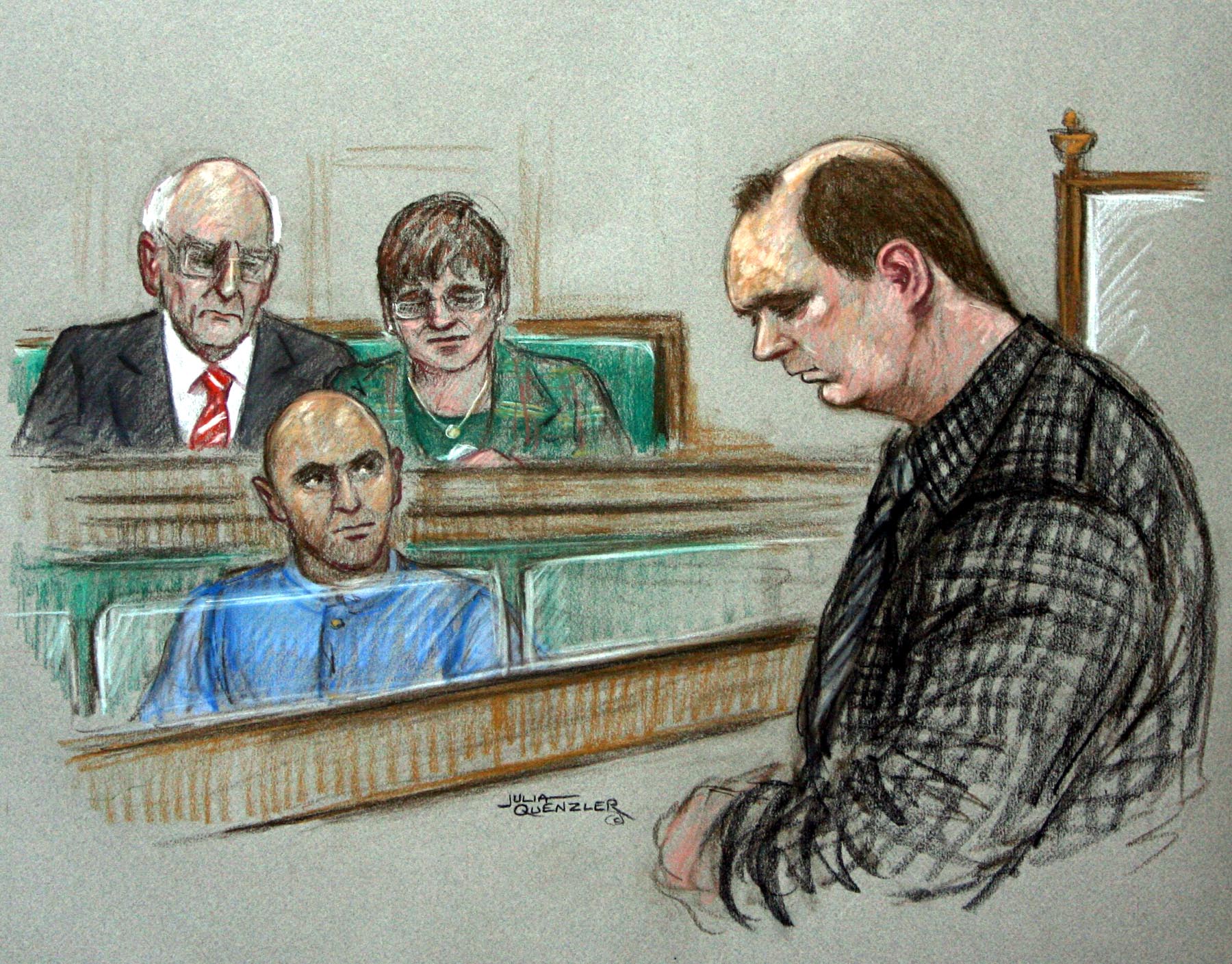 Napper was arrested after a covert surveillance operation beginning on May 20, 1994.

He admitted manslaughter due to diminished responsibility and in October 1995 was detained under the Mental Health Act.

Napper also pleaded guilty to attempting to rape the two 17-year-old girls and the rape of the 22 year-old mother.

‘You may have also experienced tactile hallucinations and you feel you can read people’s minds.  Your mental illness is severe and directly linked to the offences of homicide and rape.

‘You are highly dangerous as a result of that illness. You present a grave and immediate risk to the public.

‘You will require detention in hospital for many years to come.’

The officer in charge of the Bisset inquiry, Det Supt Michael Banks, said at the time that he and colleagues on the Nickell team ‘liaised closely.’

But he was ruled out as a suspect after Colin Stagg, a dog walker who used Wimbledon Common, was charged with the Nickell murder.

Napper insisted he was at work on the day she was killed.

In September 2003 officers from Scotland Yard’s Murder Review Group, which examines unsolved cases, made a major breakthrough when a new DNA profiling finally gave a match to Napper.

Prosecutor Victor Temple QC told the court: ‘It was hoped Mr Stagg would confess his alleged involvement in direct and unequivocal terms.’

‘He never did so and there was no forensic evidence such as DNA, fingerprints or footprints to connect him to Miss Nickell.’

Samantha and her four year-old daughter Jazmine Bisset were killed in November 1993, 16 months after Miss Nickell.

There was then no evidence linking Napper to the Nickell murder ‘although a degree of suspicion was present.’

Napper was then living at 63 Reidhaven Road, Woolwich, and later moved to 136 Plumstead High Street.

He was a stores assistant in an MOD depot in Woolwich but was off work on the day Miss Nickell was killed.

Napper was fascinated with knives, particularly Commando-type blades, and shortly before the killing he had paid for a hunting knife to be sent to his home.

Rachel, who lived with her partner in  Balham, was stabbed to death while walking on Wimbledon Common on Wednesday 15 July, 1992, between 10.20am and 10.35am.

She was with her son Alex, then aged two-and-three-quarters, and the family dog.

PLAYING ON THE COMMON

They were seen arriving at the Windmill car park at around 9.45am and a number of witnesses noticed them playing and walking in the Common.

Passers-by said they stood out because Miss Nickell was attractive and the family seemed to be so happy.

One witness saw a man carrying a dark holdall towards the spot where the mother’s body was found and another saw the killer washing his hands in a stream.

Mr Temple said: ‘On arrival Rachel Nickell’s son Alex was seen hold on to her by the arm crying and saying ‘Get up mummy’.

‘The little boy was described by an officer as having his face totally covered in blood and the front of his chest and arms splattered in blood.

‘He was examined both at the scene and in hospital. He was found to have minor abrasions above both eyes and linear abrasions and bruising to both cheeks and mouth.

‘In the opinion of the consultant paediatrician who examined him, these injuries were consistent with the child being dragged whilst face down.’

Rachel was lying on her left side with hips and knees slightly flexed, her arms raised to near her face.

Her jeans and pants had been pulled down to just above her ankles to expose her buttocks.

The pathologist later said that it appeared something, such as a finger or round object had been inserted into her anus.

The left bra cup had been moved downwards to expose the left nipple and there were knife cuts to the t-shirt and bra.

Her heart and left lung had been stabbed while she was alive while the right lung and liver were penetrated after death.

A defence injury was found on her left hand. 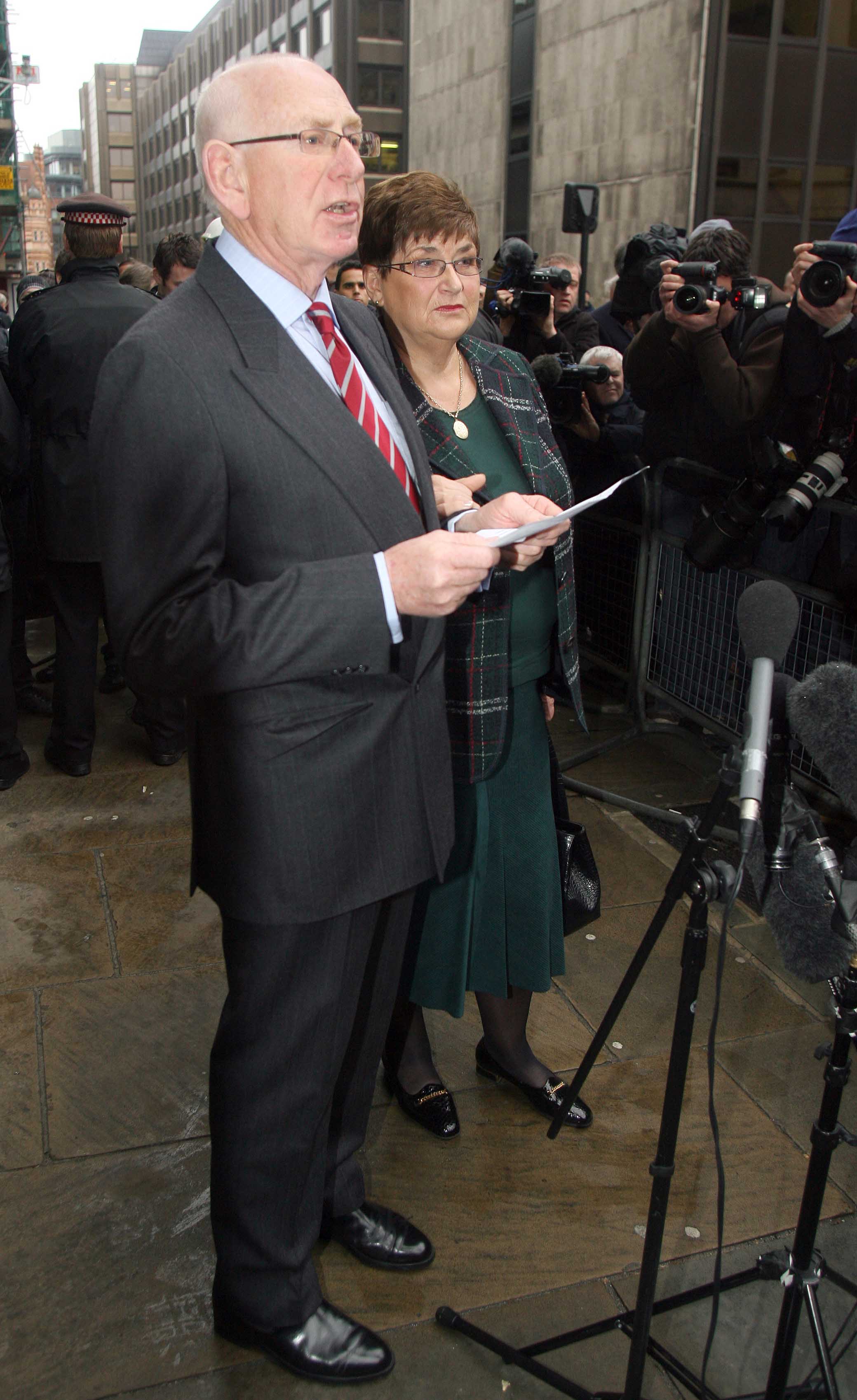 A crucial intimate swab taken from Rachel would prove Napper was the killer.

The chances it originated from someone unrelated to him was one in 1.4 million.

Invisible flakes of paint taken from the hair of Rachel’s son were from damaged tool boxes at Napper’s home address.

‘Napper pushed Alex to one side, in the process putting his hand or hands on the little boy’s head and so transferring the paint flakes,’ Mr Temple said.

At Napper’s home police found two A-Z maps marked with dots or small rectangles which Napper insisted had been ‘just doodles’ or points on his jogging route.

‘The Crown suggest a very different explanation, namely the markings relate to the location of past and /or potential sexual assaults,’ Mr Temple said.

‘The locations of the defendant’s assaults on the five women I have already mentioned have all been marked with a considerable degree of accuracy.

A search of the area in 1993 revealed three small boxes and a ‘Big Swede’ folding lock knife in a hole which Napper had bought a year earlier.

He had buried the knife for ‘future use.’

Deranged Napper is convinced he has won the Nobel Peace Prize and has millions of pounds in the bank, the court heard.

Napper’s barrister David Fisher QC said: ‘He was convinced he had an MA in mathematics, that he had received a Nobel Peace Prize, that he had medals from the time he was fighting in Angola, that he and his family were listed in Who’s Who, that he had millions of pounds in a bank in Sidcup, that he and others could transmit their thoughts by telepathy.

‘He also believed that he was kneecapped by the IRA and that he had his fingers blown off by an IRA parcel bomb but because he inhaled sparkle fumes this resulted in his fingers being miraculously repaired.’

Mr Justice Griffith Williams told Napper: ‘I am satisfied there are sufficient safeguards in place under the Mental Health Act to ensure you will never be released unless you are no longer a danger to the public.

‘That is highly unlikely to ever happen.

‘You are on any view a very dangerous man. You still present a very high risk of sexual homicide.’

Andrew Nickell added: ‘This is a bit like trying to describe how you felt after being run over by a very large truck.

Assistant Commissioner John Yates apologised on behalf of the Metropolitan Police to Colin Stagg, and admitted mistakes had been made in the course of the investigation into Rachel’s death.

‘He was wrongly accused of Rachel’s murder. It is clear that he is completely innocent of any involvement in this case, and I today apologise sincerely for the mistakes that were made in the early 1990s.’