JAKE FAHRI: MURDER AT THE BAKERY

School bully Jake Fahri was the opposite of ‘shining star’ Jimmy Mizen.

The 19 year-old was a convicted robber and burglar with a record of violent attacks against fellow pupils.

In contrast 16 year-old Jimmy was the pride of his family and known in his local community as a shy ‘gentle giant’.

TheGCSE student played rugby for Sidcup RFC and was an altar boy at Our Lady of Lourdes Roman Catholic church near his home in Lee, southeastLondon.

On May 10, 2008, he set off to buy his first National Lottery ticket with his brother Harry, 18, to celebrate his birthdaythe previous day.

The two boys only went to the Three Cooks Bakery in Burnt Ash Hill on the spur of the moment so Harry could buy a sausage roll.

Waiting patiently at the counter, they had no idea of the tragic escalation of violence about to take place over the next three minutes.

Fahri, angry that the shop had run out of chicken sandwiches, turned and barged past the brothers on his way to the cake counter. 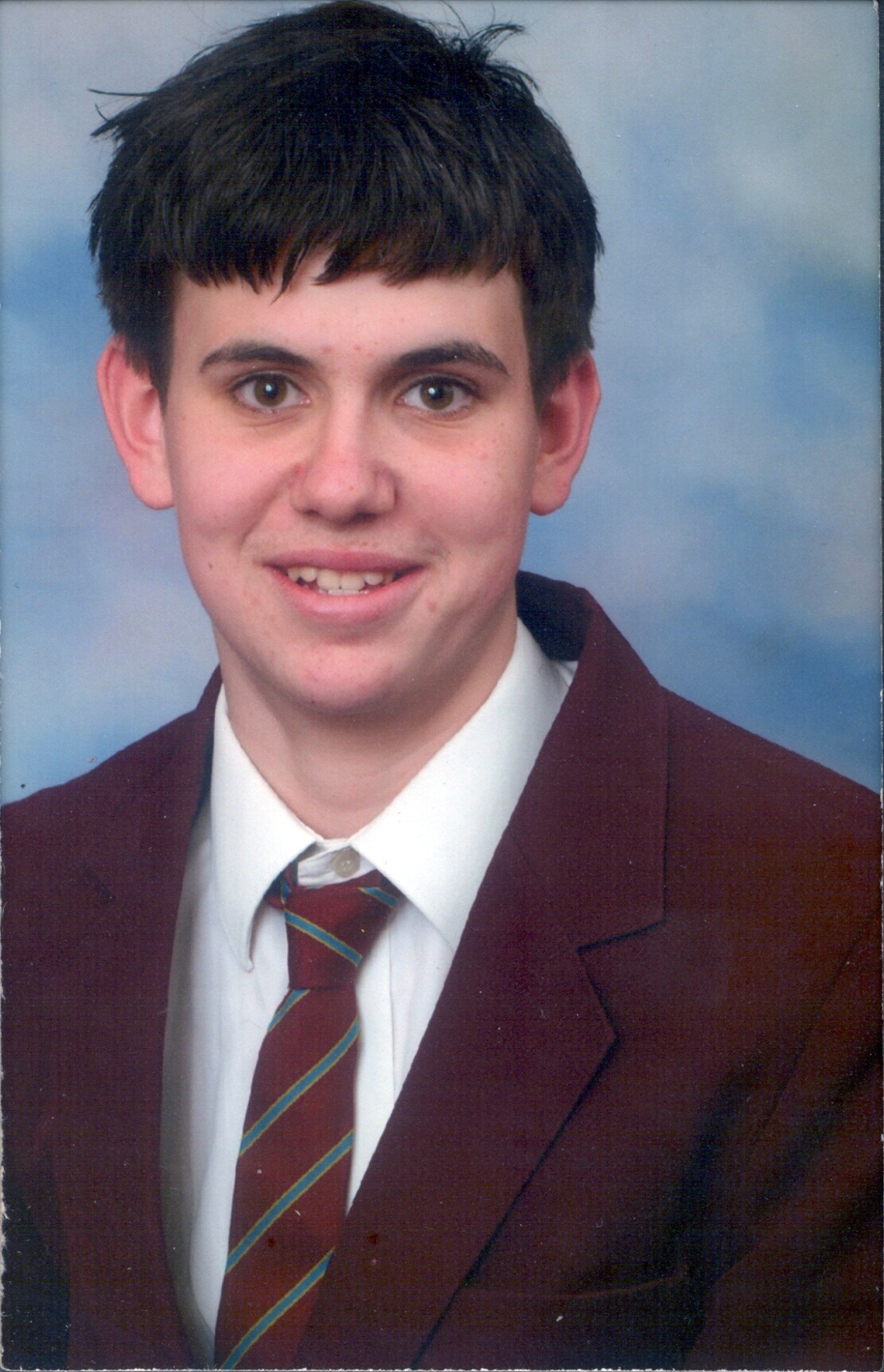 Jimmy, who was always polite despite his 6’2” and 14 stone frame, stood his ground and told Fahri to have some manners.

His brother Harry told jurors: ‘Jimmy was a bit shocked at the attitude of the man. He basically said: ”Say please and I will move out of the way.”

‘I stepped in because Jimmy is my brother, to stop any trouble. I said ”There’s no need for any trouble.”

Fahri told Jimmy: ‘Think you’re a big guy? Step outside, I’ll show you how big you are.’

When Harry Mizen used his phone to call his 26 year-old brother Tommy, Fahri returned to the shop and attacked the pair with two plastic soft drinks bottles.

The Mizen brothers fought back, pushing him into the cake counter and then bundling him out of the shop.

As they tried to hold the front doors shut, Fahri grabbed the bakery’s advertising sign and used it as a battering ram.

Passing motorists stopped to watch in disbelief as the teenager kicked the glass in and forced his way inside.

Jimmy and his brother retreated behind the staff counter and tried to grab the sign to stop themselves being hit.

Fahri hurled the glass dish at Jimmy’s head with both hands, causing it to smash against the schoolboy’s jaw.

Harry said: ‘It was thrown hard. I didn’t actually see it hit Jimmy. I just turned round and saw blood flying, lots of blood.’

Bakery manager Lesley Crocker, who was covered in blood, described it as a scene from a horror film.

Jurors heard the 1kg glass dish, measuring 27cm by 17.5cm by 5cm, was 20 years old and had been weakened by constant use.

He also had 15 other glass cuts to the right side of his face and neck.

Gloating at his victory, Fahri left scene with a triumphant ‘swagger’ and was seen running from the scene with a ‘big grin on his face’. 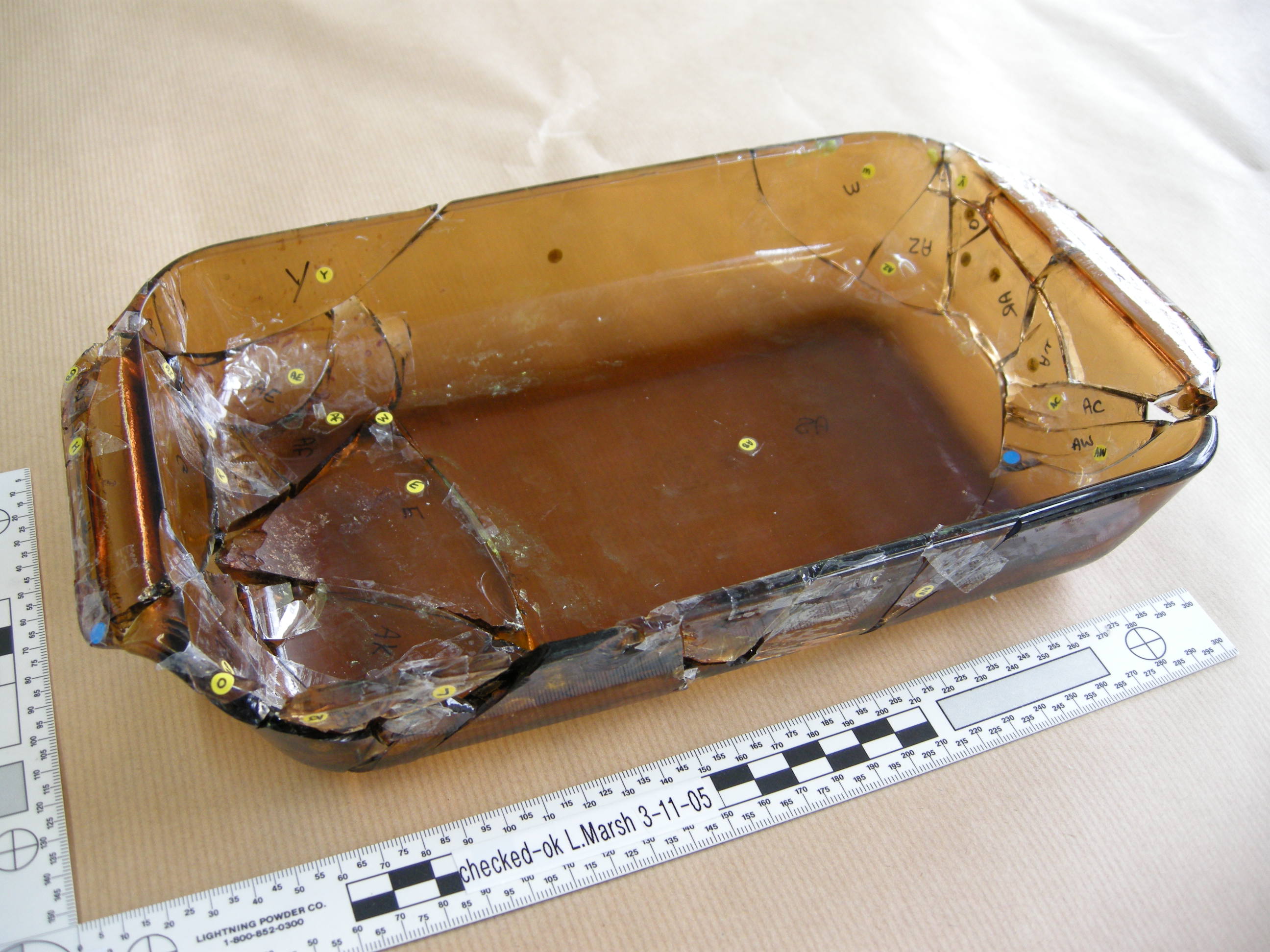 Jimmy was left cowering behind a cupboard door in terror, bleeding to death from the injury to his neck.

The youngster collapsed into the arms of his older brother Tommy, 27, and died before the air ambulance arrived 15 minutes later.

Mother Margaret fainted when she saw her son lying on the ground and called for a priest when she came to.

Fahri gave himself up to police three days later and broke down in interview as he claimed he was ‘sorry’ for Jimmy’s death.

Giving evidence in court, Fahri told jurors: ‘I didn’t think the dish would hit him, especially in the face.

‘I just flung it. It didn’t even enter my mind that it would break. I saw it hit his face. I saw the glass break and a bit of red.

‘I know someone has died because of what I have done. I feel horrible. I didn’t mean to do it.’

But police believe his defence was exhaustively prepared in a bid to cheat justice.

Fahri was in reality a bully who escalated the violence because he was desperate to save face.

Prosecutor Crispin Aylett said: ‘He acted out of an inflated sense of his own importance, a refusal to back down.

‘He was humiliated not once but twice by two boys who simply didn’t want to fight. He was the one raising the stakes, he was the one who was upping the ante.’

Investigation also uncovered a long record of violence at school and on the streets from the age of 11.

OnJuly 19, 2004, he was given a nine month referral order for taking part in a gang knifepoint robbery of a schoolboy at Falconwood station in Bexley, southeast London.

On April 13, 2006, he was given an 18 month supervision order for an unprovoked assault on a girl in the street and burglary.

He also repeatedly got into trouble for bulling other schoolchildren and attacking them in front of teachers at Crown Wood School in Eltham, southeast London.

One of his victims included Jimmy’s brother Harry, who was in the same year but at a different school, St Thomas More in Eltham.

In 2001 he walked up to Harry Mizen in the street and asked for money before punching him in the stomach.

Harry handed over 20p but told his mother about the incident and she made a complaint to Fahri’s school.

Two years later on April 1, 2003, Fahri saw Harry in Woodyates Road, Lee, and demanded to know why he had ‘grassed.’

Harry tried to escape but Fahri grabbed hold of his shirt and threatened to beat him up before punching him in the chest.

Police visited Fahri’s home on May 7, 2003, to speak to him about the incident and gave him a harassment warning.

Fahri lived with his Turkish father Mustafa, mother Shirley and 13 year-old sister Molly but spent most of his time away from home making rap musicwith his friends. 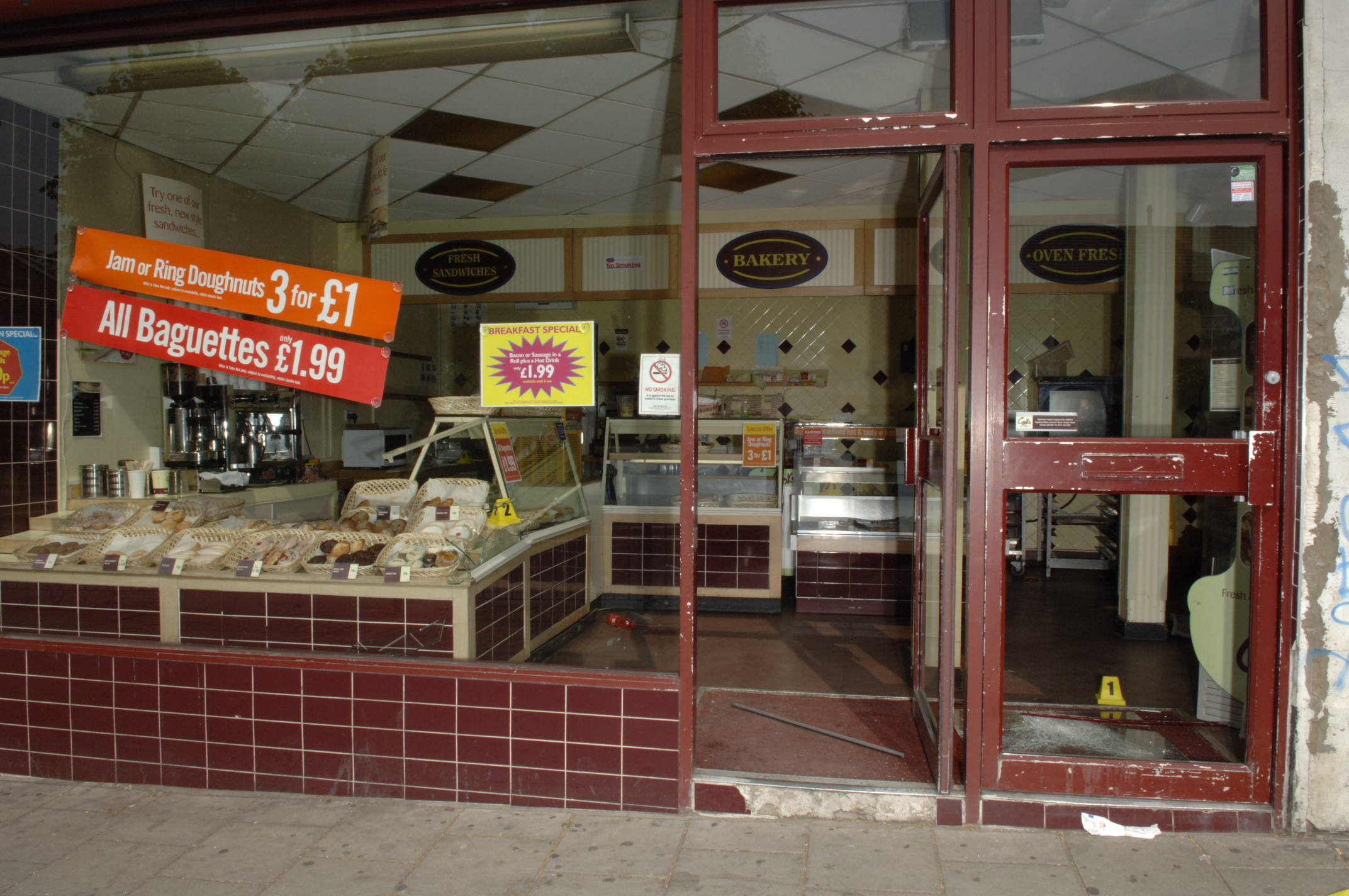 His parents were in court as he was sentenced to life imprisonment with a minimum of 14 years behind bars.

The judge, Mr Justice Calvert-Smith said: ‘A trivial incident over absolutely nothing in a high street bakery ended three minutes later with the death of a blameless young man.’

Outsidecourt Jimmy’s father Barry said Britain was turning in to a country of ‘anger and selfishness’ and urged the public to work together to stop it.

In an emotional statement he said it was a ‘pleasure and privilege’ to have Jimmy as a son and paid tribute to his family showing ‘dignity and restraint’ throughout.

‘We are rapidly losing that. We are becoming a country of anger and of selfishness and of fear and it doesn’t have to be like this and let’s together try and stop it.

‘I want to thank God for Jimmy, thank god for his life. It was a pleasure and a privilege to be his parents.

‘Jimmy was the shining star in our family and will always be remembered with a smile. We miss him dearly.’