MATTHEW QUESADA: THE JASON BOURNE FANTASIES OF THE CAFE KILLER

Crazed killer Matthew Quesada was so obsessed with fictional spy Jason Bourne he stabbed an innocent bystander to death and went on the run in a bid to imitate his Hollywood hero.

He killed retired bus driver Alan Smith, 63, in an east London cafe just because the grandfather dared to ask if Quesada’s crying daughter was all right.

After stabbing Mr Smith five times, Quesada gazed at the scene smugly and ran off, aping Bourne’s athleticism by vaulting a series of garden fences.

Police believe he was acting as if he was the spy when he plotted his escape, burning his clothes and shaving his hair.

He researched travelling to Brazil in an internet cafe and had a list of 49 flights to Sao Paulo when police caught him.

But unlike Bourne there was no dramatic car chase – Quesada was arrested in the passenger seat of his mother’s Nissan Micra.

Quesada and Mr Smith initially clashed at the BB Cafe in Leyton, east London, on the afternoon on March 26, 2011. 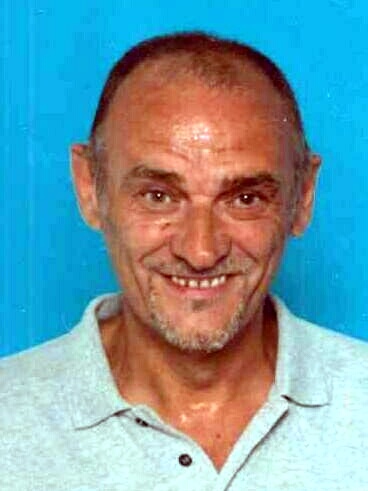 Mr Smith, from nearby Walthamstow, and his wife had gone for a meal to celebrate their daughter Estelle’s birthday with her husband, Mark Jenkins.

When he asked about Quesada’s weeping daughter, the killer snapped: ‘What’s it to you? What’s it got to f***ing do with you?’

Enraged, Quesada dropped his daughter off at home and collected a knife.

By the time he returned, Mr Smith and his family were so shaken by the earlier confrontation that they had moved on to the Roma Cafe in nearby Lea Bridge Road.

Prosecutor Roger Smart said: ‘Matthew Quesada entered the cafe soon after the deceased and his family had sat down inside and, without a word, launched into a deadly attack upon Alan Smith – stabbing him to the head, and crucially, to the body.

Mr Smith’s daughter Estelle said: ‘We sat down, and the guy came in.

‘I stood up and he lunged at my dad with a knife.’

She tried to put herself between her father and Quesada while her husband picked up a nearby chair to hit him with, but the fatal attack was over in seconds.

A post-mortem report showed the blade had pierced Mr Smith’s heart and both of his lungs.

His long-term partner Denise Facey said the knifeman was ‘in a frenzy’ as he carried out the killing.

‘Blood was just pouring and Alan’s head was bleeding – there was blood all over the floor.

‘The worst thing was that, when he left, he didn’t just go running – he stood at the door looking, with a smug look on his face.’

A KILLER ON THE RUN

Following the attack, Quesada ran home by jumping over garden fences and burned his clothes, before shaving off his hair and research flights at an internet cafe. 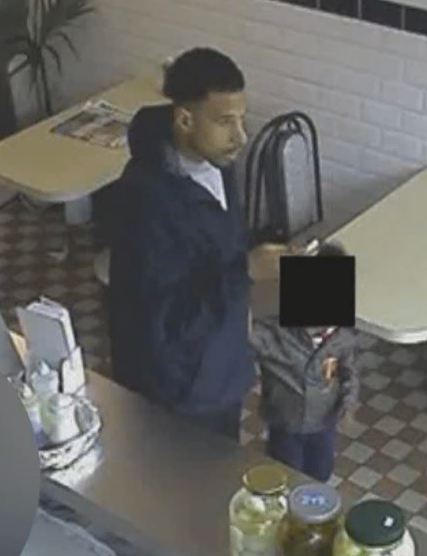 Going berserk in the cafe..moments before the killing

His girlfriend, Maria Brigette, 26, kept him updated on the whereabouts of police in the area by text message.

He was arrested the following day in his mother’s car, clutching his passport, a change of clothes and a list of flights to Sao Paulo due to depart that evening from Heathrow.

But as officers handcuffed him, he told them: ‘Me and my mum were just working out how I was going to hand myself in.’

Detectives later found the murder weapon, wrapped in a blue plastic bag, hidden behind the base panel of a cooker at his home.

Two hunting knives, a sheath knife, pellet gun, pick-axe head, and crossbow were also found in his bedroom, while the charred remains of his clothing had been stuffed in a bag and placed in a cupboard.

Quesada’s uncle, the boxer Patrick Passley, said his nephew had been obsessed with the Bourne spy trilogy for years.

‘He kept on going on about this Bourne Identity,’ he said. ‘He just kept going on and on about it.

‘That’s when I first became concerned about his behaviour. He kept on saying the guy could defend himself and his family. The way he was going on about it was unhealthy. Afterwards, all the time I knew him he kept going on about it.’

Quesada also told him: ‘I want to be in a position I can do that and do all the combat moves and take a knife off somebody. Anybody attacks me, I will be able to sort him out.’

Mr Passley said Quesada used to ‘rant under his own breath’ about people disrespecting his family and in one incident slashed his chest with a kitchen knife in front of his partner and young child.

He said he ‘bottled out’ of calling police because he feared his nephew would be sectioned.

After his arrest, Quesada told psychiatrists he believed Mr Smith was a paedophile.

Forensic psychiatrist Dr Samrat Sengupta said his actions were consistent with someone suffering from schizophrenia and other ‘paranoid illnesses’.

Quesada tried to pretend he was mentally ill to escape responsibility but was convicted of murder by an Old Bailey jury. He showed no emotion as the verdict was announced. 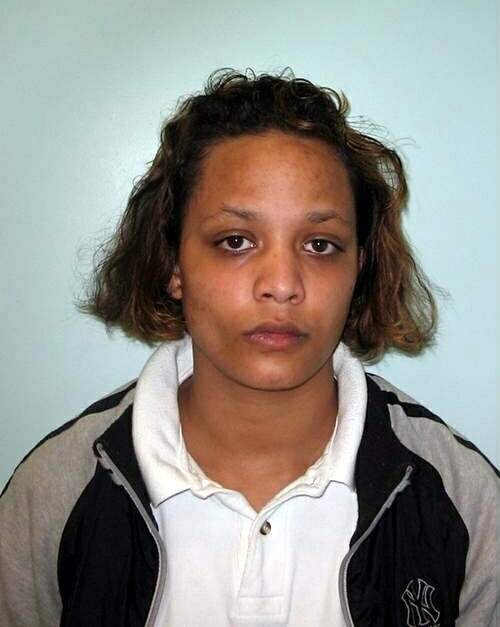 Brigette claimed she had no idea about the killing – or about Quesada’s stash of weapons – until their home was raided by police, but was convicted of assisting an offender and received a suspended sentence.

Quesada’s mother, 54-year-old Victoria Passley-Quesada, was cleared of the same charge after claiming thought her son was trouble with a local gang when he came to her for help.

Quesada was jailed for life with a minimum term of 26 years for what Judge Peter Rook QC described as ‘a truly grave crime’.

The judge said: ‘Your totally unprovoked attack was carried out in front of his long-term partner, son-in-law, and daughter, as well as other customers and staff.

‘Mr Smith was no more than get up and ask if the child was alright. Your reaction was wholly unexpected and wholly out of proportion.

‘You carried out a frenzied attack, lunging at him four or five times.

‘He had no chance to take any avoiding action, and nor did anybody else present have any chance to prevent the lethal attack.

‘This dreadful attack took less than a minute. During that minute, you took away from Mr Smith his most precious possession: life itself.

‘His partner, family, and friends have suffered a most terrible loss, and their lives will never be the same again. The toll upon his family has been, and will carry on being, massive.’