DANIEL BROUGHAM: WHERE IS YOUR BROTHER NOW?

Daniel Brougham was an unlikely candidate for the consummate conman.

With a podgy face, receding hairline and thick Iranian accent he hardly fitted the picture of a silver-tongued charmer.

But somehow the 33-year-old managed to entice a string of lovers and persuade a series of opticians to employ him as a lab manager although he had no formal qualifications.

His optician wife was so blinded by love she gave him an alibi for the murder – even though she was confronted by one of his lovers wearing his engagement ring on the day of his arrest.

Brougham’s last employer, Giles Van Colle was an astute and intelligent man and yet Muslim Brougham managed to convince him he was an ideal employee who shared his Jewish faith.

The young optician was to pay for his gullibility with his life.

Born Ali Amelzadeh in Iran, Brougham met his wife to be, then Jeanette Brougham, when he emigrated to Europe and she was studying in the German town of Munster in 1989 as part of a languages degree.

They were married within a year but chose to have the ceremony in Germany, away from the relatives on both sides of the marriage who disapproved.

Annette Jordan, as she would chose to call herself, was attractive and clever and would soon become a fully qualified dispensing optician after studying hard one day a week.

Her husband also became interested in a career in optician’s shops and bragged to his wife he would one day own a chain of stores.

But Brougham could not be bothered to labour over text books in the evening and chose instead to rely on the one ability he had in abundance – telling lies.

He also began to use his talent for deceit to cheat on his wife with at least four different women. 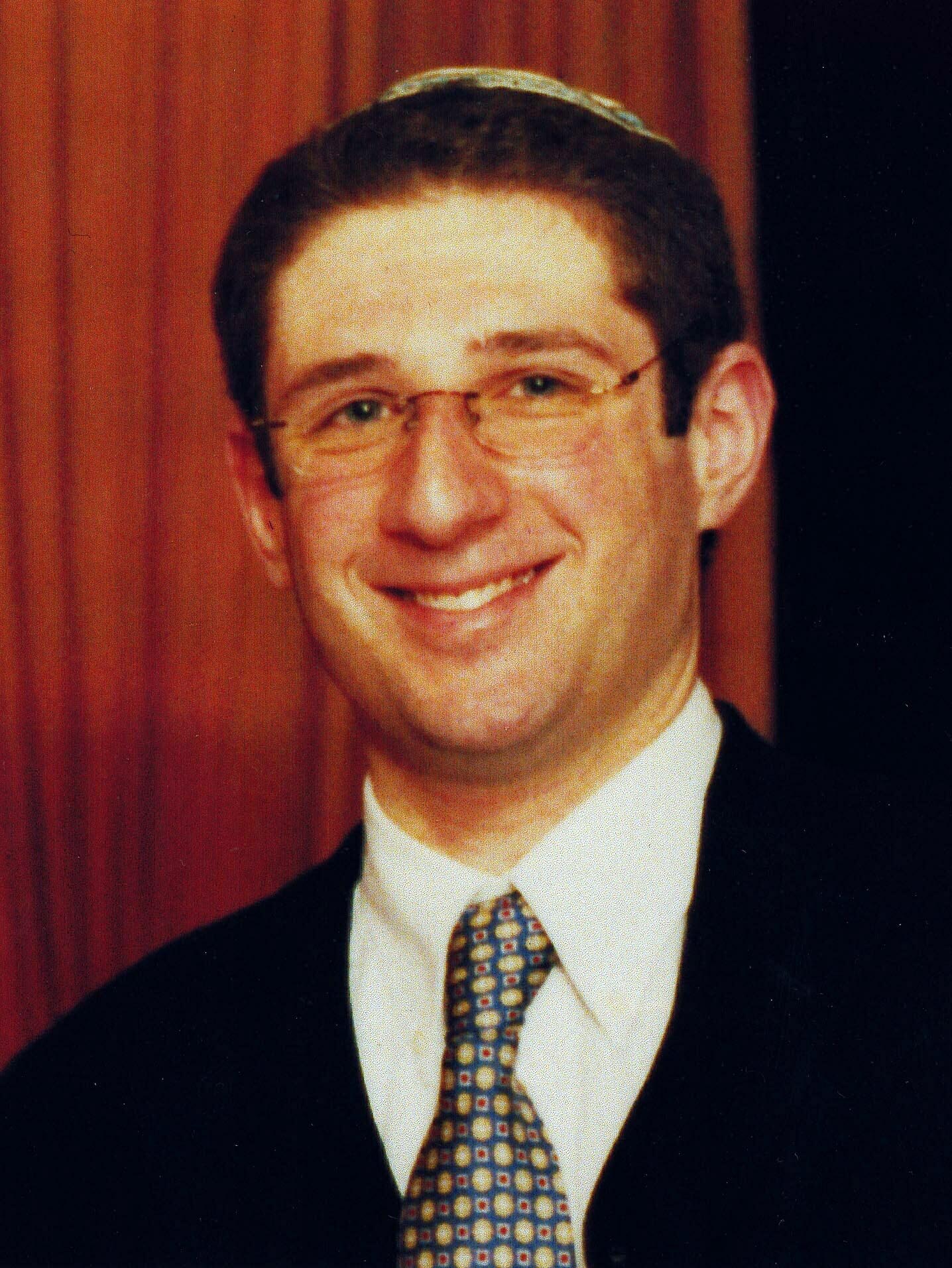 Victim…Giles Van Colle stood up to the killer

The couple moved back to Britain and Brougham managed to get a job as technician at the Vision Express at the Grafton centre, Cambridge, where his wife was employed. He was sacked after a few months.

In 1996 he went to Canada where his brother Irving Syrus was living and began an affair with a waitress he met at a Toronto roadside diner.

When the manager asked him not to distract his staff in the restaurant, Brougham went to a nearby hardware shop and bought a knife.

He had the knife at the manager’s throat when the police arrived but he skipped bail and fled the country, taking his wife to England with him.

Brougham is still wanted in Canada over the incident.

In September 1998 he was employed as lab manager at Southern Counties Optical Services in Hitchin, Hertfordshire where he had an affair with another member of staff as he began systematically removing equipment to start his own firm.

Bosses found out and he left the following February before he could be sacked. A few weeks later Brougham bought optical equipment from Mr Peter Panyiotou the owner of Bounds Green supplier Alpha Optical.

He paid with two post dated cheques which both bounced. In March he was also arrested for the theft of optical equipment from Southern Counties.

Mr Panyiotou made repeated attempts to get the money and Brougham promised to pay him but when an employee called at Brougham’s home he threatened to break his legs.

In August 1999 Mr Van Colle started business as GVC Opticians at the Broadway, Mill Hill and advertised the post of laboratory manager.

The optician had won his degree in Optometry from City University and at 25 was one of the youngest and best opticians in north London.

His main interest was a Jewish Youth Organisation called Bneil Akiva and he lived with his parents in Wembley.Mr Van Colle’s father Irwin was the deputy chairman of Brent Council.

THE JOBS HE NEVER HAD

Brougham gave Mr Van Colle a completely bogus CV under the name of Lee Jordan in which he claimed a bogus marketing degree from London University and a series optician’s jobs he never had.

Brougham told Mr Van Colle he was currently working as the lab manager at National Optical Services in Arlington Court, Bedford – a company he had set up which failed just months later.

Within weeks Brougham was stealing the equipment from Mr Van Colle’s shop, still chasing the deluded dream that he could make his fortune with his own optical business.

He had set up the stolen equipment in his garage and bought the name Axis Optical for his firm.

Mr Van Colle discovered the thefts and Brougham did not return to work after Christmas.

But the Iranian was too arrogant to believe his dreams of riches lay in tatters.

He began to wage a chilling campaign of terror against those who were now lining up to give evidence against him for theft and obtaining property by deception.

Brougham made a series of abusive telephone calls to Mr Van Colle then set his Volkswagen golf ablaze outside his parent’s Wembley home.

He tried to torch Mr Panyiotou’s car and the following day set his workshop ablaze, gutting the premises.On November 20, 2000, he told Mr Van Colle: ‘Get Alpha Optical to drop the charges you mother*****,  do you hear me?

Two days later Mr Van Colle was shot dead as he got into his mother’s Ford Fiesta for the journey home from work.

Furious when Mr Van Colle refused to drop the case, Brougham lay in wait for him outside his shop in Mill Hill, north London, just days before he was due to give evidence against his former employee.

As Mr Van Colle went to the car, Brougham gunned him down with an old .380 British army pistol and sped off in a blue BMW.

Mr Van Colle was found lying in the car with his face in the driver’s footwell. He had been shot three times – once in the head and twice in the body.

Brougham was arrested the following morning as he went out to walk his dog.

The police were at his home when Erica Reeves, who was one of his lovers, turned up at the Broughams’ semi-detached house in Stevenage.

Puzzled when a woman answered the door, she told police officers she had come to see her fiancee.

A FIANCEE IN TEARS

She ran from the house in tears when she was told the woman she had seen was in fact Brougham’s wife.

But the following day Miss Reeves, who worked in the local dry cleaners, dutifully brought a change of clothes to the police station for Brougham and refused to give evidence against him.

Mrs Jordan knew of one of his previous affairs with a woman called Emma Ball but had refused to leave him.

In court she backed his story that he had been watching videos at home with her when Mr Van Colle was shot.

She insisted she had not been told what to say in court by her husband and told the jury their marriage was finished.

But detectives taped the couple as she declared her undying love for Brougham when she was speaking to him in prison over the telephone during the trial.

Asked in court about the way he was apparently tutoring her on what to say in court, Mrs Jordan blankly replied: ‘I don’t remember the conversation.’

She insisted: ‘Nobody knows exactly how I feel. I’m certainly not going to sit here and lie for him. I have no loyalty for him.’

DESTROYED WITH ONE QUESTION IN COURT

Brougham insisted he had nothing to do with the shooting and tried to blame some of his deceptions on his brother, arrogantly believing police did not know where he was.

It allowed prosecutor Orlando Pownall to prove to the jury in court that Brougham was ‘a fraud and a practiced liar.’ 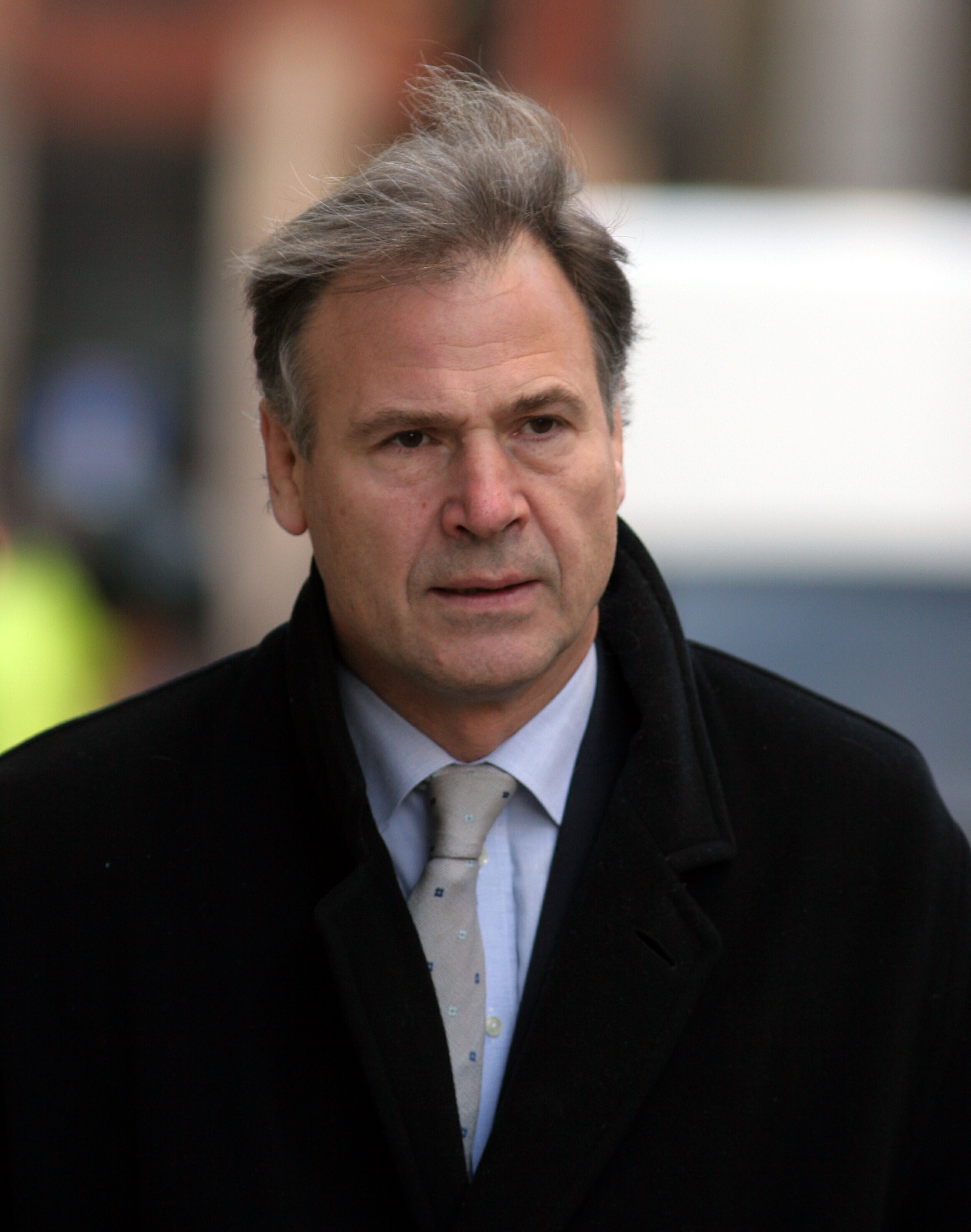 Orando Pownall…sprang the trap which nailed the killer

‘Where is your brother now?’ Mr Pownall asked Brougham in the witness box.

‘I have no idea,’ the killer replied.

Mr Pownall replied: ‘Just look up at the public gallery. He’s there, isn’t he?’

Brougham glanced up at the figure of his brother Irving Syrus who squirmed slightly in his seat.

He did not reply, but an the expression that flashed across his face said one word – guilty.

Pownall had guessed correctly that not only did Brougham think the police did not know where his brother was, but also the compulsive liar would be stupid enough to try and carry on the deception.

Jailing him for life, Judge Peter Beaumont said: ‘A long time from now in my judgement those who are given the responsibility of deciding whether you can return to society on life licence can assess the risk you pose to society. 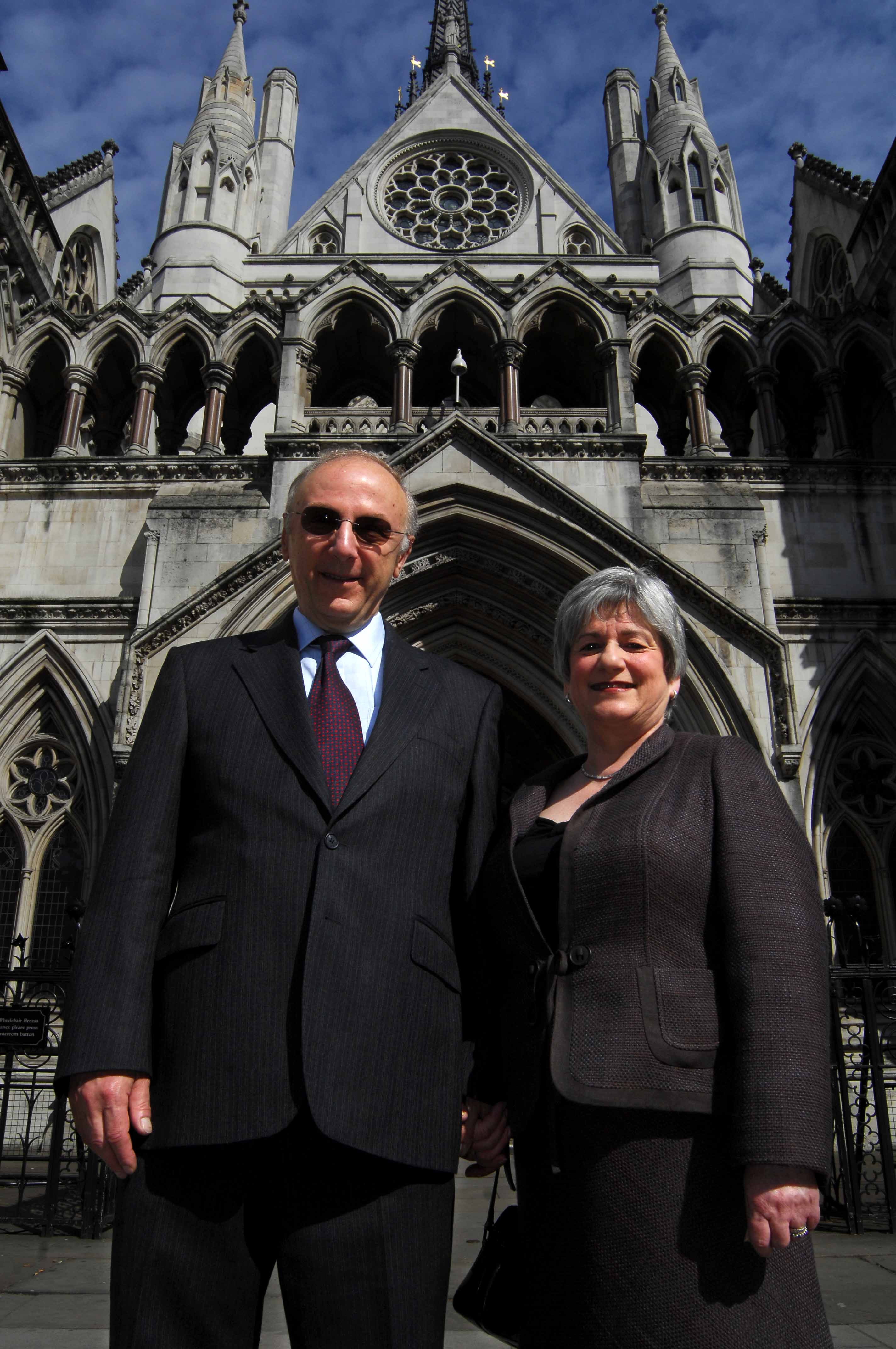 Parents..sued the police for their blunders

‘I hope when they do they can mark the obsession that drove you to do what the jury have found you did on compelling evidence and the extent of your deviousness in trying to cover it up.’

Annette Jordan was not in court to see her husband sentenced on March 4, 2002. Brougham will serve a minimum of 20 years before he can be even considered for parole.

Detective Chief Inspector Ian West said outside court: ‘He is one of the most dangerous men I have ever come across. ‘He is capable of almost anything.’

The victim’s family set up the Giles Van Colle Memorial Foundation in memory of their son, which helps children with learning difficulties in need of optical treatment.

The couple were awarded £25,000 after they sued the police for not protecting Mr Van Colle when they knew his life was at risk.

His mother Corrine Van Colle said: ‘The never ending pain continues as we spend the rest of our lives without our precious son, knowing this heinous crime could, and should, have been prevented.’