For most of his life Stuart Hazell was a jobless petty criminal who solved his problems with vodka, lager and drugs.

He was taken into care at a young age after his father was sent to prison and earned his first conviction aged just 14.

He spent his 20s in and out of court for petty offences.

It was only when he met barmaid Christine Bicknell in 2002 that he began his descent towards twisted child killer.

Christine was working as a barmaid at the Raynes Park Tavern in south London and introduced him to her daughter Natalie Sharp.

They had a brief week-long relationship before Hazell was jailed again in April 2003 for supplying cocaine.

When he was released in 2007, he started dating Christine and he moved into her home in New Addington. 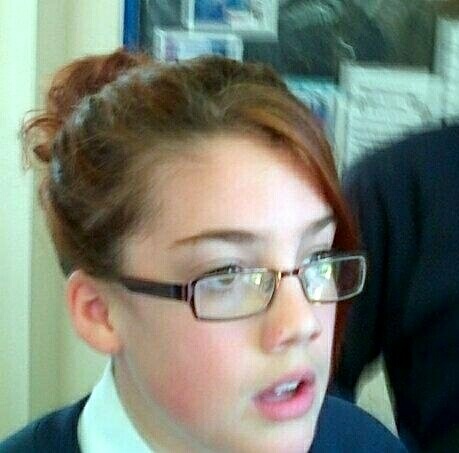 She pressured him into taking a job as a window cleaner and helping to look after her granddaughter Tia Sharp while she was out working at a care home.

Tia, who was aged just seven when she first met Hazell, idolised the older man and she became known as his ‘clingon’.

But over the next few years Hazell became sexually obsessed with the young girl and on three nights in July 2012 filmed her sleeping at his home.

Detectives believe he also deliberately removed the bathroom door at the house – supposedly to paint it – so he could spy on the schoolgirl.

He is also thought to have modified the light socket in her room to create a ‘spyhole’.

Hazell’s obsession led to him searching for indecent images of children who wore glasses like Tia.

Tia was unaware of his perverted interest and texted him on August 1 to ask if she could stay over that weekend.

She was so keen to go there that she arranged to meet Hazell on the afternoon of August 2 even though her grandmother would not get home until the following day.

Tia and Hazell were captured on CCTV making the journey from South Croydon station to New Addington via a fish and chip shop.

They spent the evening playing Playstation and watching Family Guy before Tia went to bed. Her phone was last used at around 12.48pm.

It is thought vodka-fuelled Hazell attempted to sexually assault Tia in the early hours of the morning.

Tia, described by Christine Bicknell as ‘not the sort of girl you could groom’, must have fought back before being suffocated by Hazell using her own duvet.

He then dressed her corpse in pink and white pajamas bottoms and a ‘Secret Passions’ vest with the logo ‘Little Miss Giggles’ before wrapping her in bin bags and hiding her in his loft.

Hazell then moved her dead body into the sexual pose graphically revealed to an Old Bailey jury.

The image is believed to be the most explicit ever shown during a British criminal trial.

Tia’s blood was also found on Hazell’s belt and on a sex aid, suggesting he assaulted her with it after the killing.

After hiding the body, he failed to turn up to work the next morning but texted Christine Bicknell a loving message as if nothing had happened.

When she returned that afternoon he claimed she left the house at around midday on 3 August to go to Croydon to buy sandals from Primark.

THE WEB OF LIES

In the days that followed, Hazell brazenly joined the search for Tia and even gave a TV interview pleading for help.

He was already a practiced liar – in February 2012 he took time off work after telling his boss that his father Keith had died of a heart attack.

He described the incident in great detail and repeatedly broke down in tears in front of colleagues.

Knowing that her body was slowly rotting in his loft he joined the desperate search for the 12 year-old which involved up to 100 locals.

Hazell also made a show of keeping Tia’s dinner of pizza and chips in the oven for ‘when she comes home.’

He probably planned to move the body out of the house later – only to find the front door besieged by up to 40 reporters from newspapers and TV stations.

The first police searches focused on finding a live schoolgirl and officers made a brief search of the loft on 4 and 5 August without spotting the body.

Three days later a search dog gave an indication of a dead body but no action was taken after Hazell insisted that Tia walked out of the house.

During the search for Tia, Hazell moaned to his boss that the press were making him out to be ‘Jack the Ripper.’

On August 9 Hazell gave an interview to ITN in which he claimed he had watched his ‘happy-go-lucky granddaughter’ walk away down the front path.

But his mobile phone records also revealed he had searched for incest pornography while her corpse was still lying undiscovered in his loft.

Officers also found a second bin bag containing a pair of Tia’s damaged spectacles, jeans, a pair of trainers and an Umbro top.

The sports jacket had traces of Hazell’s DNA inside the collar and Tia’s blood on the outside.

Covert photos and movies of a sleeping Tia were also uncovered on two memory cards, one of which was hidden on the top of the doorframe of the downstairs meter cupboard in the hall.

Hazell made a habit of taking the pictures and videos on his phone before taking screenshots using a digital camera to save them for later.

Detectives believe the sick photograph of Tia’s body was taken in the early hours of August 3 some time after 3am and most likely around 6am.

Jurors were also shown another, blurry photo taken an hour and a half earlier.

‘What that is may never be known but it appears to be an image of some kind taken by Stuart Hazell an hour and a half before the last image,’ said Mr Edis.

THE BEAST IS CAGED

Hazell later denied he was a ‘nonce’ like Ian Huntley – but mimicked the Soham killer’s defence by claiming  Tia had died after accidentally falling down the stairs.

But the pathologist who examined the body said he could find no evidence of a broken neck or injury to the spinal cord.

Hazell, 37, finally faced up to the invetiable and suddenly changed his plea a day before he was due to go into the witness box.

Tia’s family – including mum Natalie and her partner David Niles, grandmother Christine Bicknell and father Steven Carter – gasped and cheered as Hazell was jailed for life with a minimum term of 38 years.

Someone in the public gallery shouted ‘beast’ as Hazell was led down to the cells.

Mr Justice Nicol told Hazell he had decided not to make a ‘whole life order’ but said he may never be released on parole because it was such a serious crime.

The judge added: ‘Tia was a sparky girl who was full of life and you took that life from her.

‘All that lay ahead of her – career, loves and a family of her own will now never be and the loss of her has been devastating for her mother, her father and all of her relatives and friends.

‘The tragedy of their less and her death is because of your act in murdering Tia Sharp. You are responsible.’