He carried with him a variety of sex aids to help him fanticise about inflicting unspeakable acts on the women he watched.

When he spotted ‘stunningly beautiful’ jogger Egeli Rasta, 27, he made his sick fantasy a chilling reality.

The victim had been in Britain for three years and was working at the LK Bennett fashion concession at Harrods but hoped to become a social worker.

Egeli was a keen runner and as she lived in Clay Avenue near the Common, she often used the parkland and woods to exercise and sunbathe topless.

Davies, who has seven sisters and a brother, also lived nearby with his mother in Lancaster Avenue but had spent most of a troubled childhood in Llanelli, south Wales, with his father.

His father was a drug dealer who would make him hide cocaine in the back garden.

By the age of eight, young Garath’s temper tantrums and violent outbursts were running out of control and he was sent to seven different special schools.

A POT-HEAD AT TEN 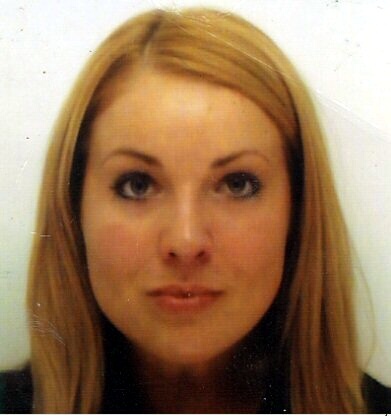 At ten he was smoking cannabis regularly and while still a teenager he held a knife to one sister’s throat, vowing to murder the younger girl until the knife was wrenched from his grasp.

After his father was jailed for dealing drugs Davies went to live with an uncle who had ‘mental issues.’

He ended up in foster care until he was 18 and has been convicted twice of possessing knives.

Davies moved back to London but was unable to hold down a job and spent his days on the Common with ‘Tyson’ his black Staffordshire terrier who he described as his ‘only friend.’

He stalked the common in army surplus camouflage gear and told friends how he would build  ‘bivouacs’ in the woods.

On the morning of July 4, 2006 Ms Rasta left to go to the Common and was never seen alive again.

One number was entitled ‘And You Will Know Us’ by an act called ‘The Trail of Dead.’ Other songs included ‘Touch it’ by Busta Rhymes, ‘The Greatest Sex’ by R Kelly, and ‘She’s a Bitch’ by Missy Elliot.

Davis also downloaded the video ‘Sexy Love’ by Ne* Yo,’  ‘Why We Thugs’ by Ice Cube and a picture entitled ‘Charlotte Sexy.’

Over the next few days Davies listened to a series of voicemail messages left by Egeli’s desperately worried friends and boyfriend Leslie Anthony.

He also took several pictures of Tyson and sent texts to his friend Stephen Evans in south Wales, asking if he could come and visit.

Police traced the texts to Mr Evans who gave them Davies’ name on July 13 and within three hours police were at his door.

He had Egeli’s brown Nokia phone in his pocket together with her snapped SIM card.

Davies said he had bought the phone from a man in the street for £40 but later said he had been given it by a girl he knew from foster care.

When police searched the house they found a rucksack and a holdall in the bedroom Davies shared with one of his sisters.

In the holdall was a Rebok sock containing the silver kitchen knife police believe he used to murder Egeli. 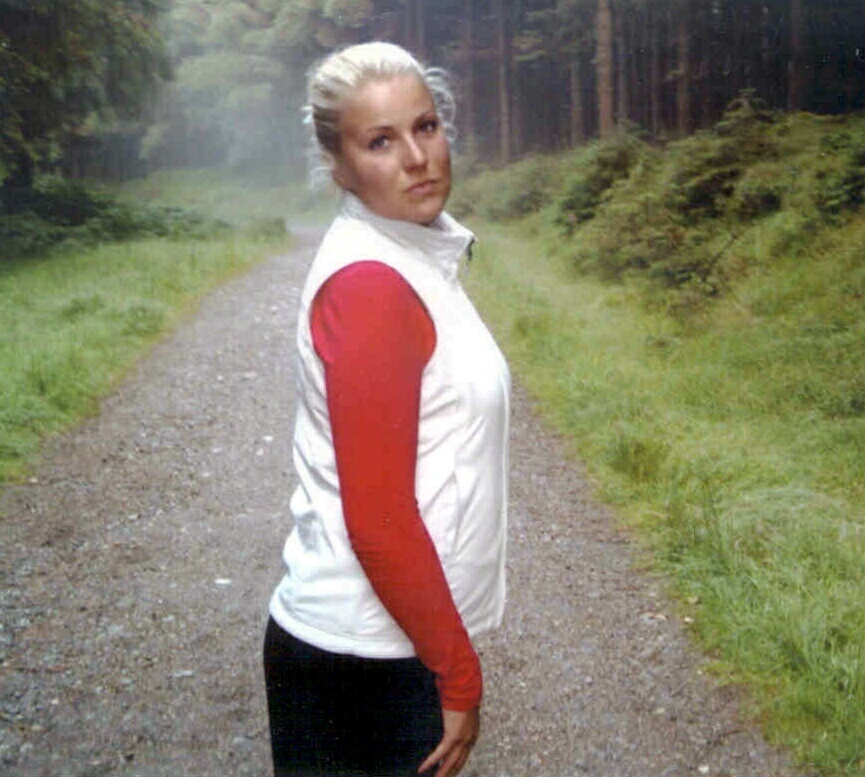 Davies could not control himself when he saw Egeli sunbathing topless

Empty condom packets had been found littering the area around his den in the woods.

In the rucksack was a pair of damp shorts and an Umbro baseball cap stained with the victim’s blood.

It was another three days before a dog walker found the body in the wooded copse.

He had built his own fireplace and seating area and the den was strewn with his empty beer cans. Davies had even scrawled his name on the branch of a tree in felt tip pen.

Egeli’s body was in a shallow grave and covered with branches and leaves.

‘Her body lay undisturbed for 12 days in the shallow grave over which time decomposition was such that it was impossible for a pathologist to ascertain how she was killed,’ said prosecutor Richard Ellison.

‘The fact she was naked when she was found clearly suggests something of sexual motive to this attack.’

Recovered from the scene were two Lowenbrau cans from the same batch as 188 empties found bagged up at his home.

DNA ON THE BEER CAN

One of the cans was found under the victim’s body and another which had been crushed in an identical way, bore traces of Davies DNA.

Detectives believe Davies stabbed Egeli to death and returned to the body several times after he killed her for revolting sexual purposes.

At the scene police also found a piece of tissue paper which had been ripped from a sheet found in the holdall at his home.

Davies at the time of the killing he had been smoking a cannabis joint every half an hour and was spiraling deeper into depression.

‘My whole life became a black space. I couldn’t do anything good in my life,’ he said.

He said he went to see doctors and tried anti-depressants for three months but they made him feel worse.

‘It was pretty uncontrollable. It scared me, that’s all – the fact that I might harm someone.’

When he was asked about the murder he said: ‘I’m afraid I did do it. I don’t know if I did it but I’m not sure. I don’t remember.’

But in court he changed his story and said he had found a woman’s bag containing the incriminating cap and knife on Common the afternoon Egeli died and had taken them home.

He had no explanation for the beer cans or tissue paper.

Davies denied murder and perverting the course of justice by concealing the body but was convicted by the jury.

He shook his head as Judge Richard Hawkins jailed him for life and ordered him to serve a minimum of 23 years.

The judge said: ‘The victim was a young woman full of hope for the future. Her mother said she wanted to become a social worker. She wanted to make that work, with a view to helping others, her mission in life.

‘You suddenly ended her life on the Common by murdering her and burying her body at the scene of the crime.

‘The way you treated her body makes your crime more serious because it gives limited answers to her relatives and friends as to how she came by her death.’

Egeli’s boyfriend Leslie Anthony shouted ‘Rot in hell’ as Davies was led to the cells.

Detectives hunting the killer of American artist Margaret Muller – who was knifed to death while jogging in Tower Hamlets, east London in 2003 – had considered Davies as a suspect but a link has been ruled out.

In a victim impact statement read to the court, Egeli’s mother Sirje Rasta spoke of the devastation at the loss of her daughter.

THE HORROR WILL NEVER END

‘This horror will never end for me. 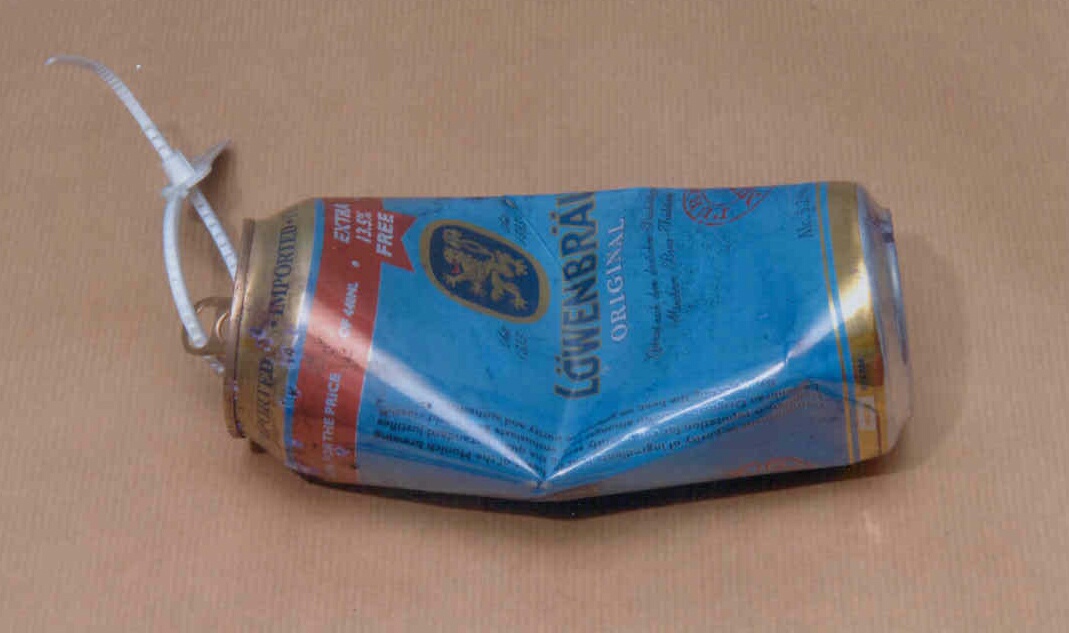 DNA on this beer can nailed Davies

‘It’s the most horrible thing for a parent the loss of her child, not knowing how, why or where.

‘Why would someone hurt someone who had never hurt anyone else? There are many questions I would like to ask.

‘Egeli was a girl who had very big dreams in life. She wanted to become a social worker. She thought that helping others was her mission in life.

‘Just before she went missing we talked of her going to study. She was a fighter.

‘I don’t know what exactly happened or who the criminal is who killed my daughter, my only question is why?

‘Egeli’s nine-year-old sister has asked me a million times “Where is she?, Why won’t she come home?’

‘I have not the courage nor the knowledge to explain to her what has happened.’