The Honey Trap of Death

Mundill Mahil orchestrated a revenge attack on a smitten admirer that culminated in him being burned alive in the boot of a car.

The medical student, 20, lured budding businessman Gagandip Singh, 21, to her shared house in Brighton where he was beaten unconscious and bundled into her duvet.

He was then driven to a secluded spot in Blackheath, southeast London, by attacker Harvinder Shoker, who was also obsessed with Mahil, and ‘hired muscle’ Darren Peters, both 20.

Experts said Gagandip, who co-owned satellite channel Sikh TV, would have come around by the time the pair doused the vehicle in petrol and set it ablaze later that night.

Mahil wanted revenge on Gagandip after he made a pass at her when she spurned his advances six months before and enlisted her ‘gangster friend’ Shoker to ‘teach him a lesson he would never forget’.

When she was arrested for his murder she claimed she had merely wanted him lectured about his attitude to women and expected he would be given ‘a few slaps’ at most.

But she was convicted of causing grievous bodily harm with intent and sentenced to six years in a young offenders institute after a mammoth three-month trial at the Old Bailey.

Shoker, who had earlier pledged his devotion to Mahil by claiming he would spend up to 21 years in jail for her, was found guilty of murder and given a life sentence with a minimum term of 22 years.

Peters was convicted of manslaughter and jailed for 12 years.

The sister of a police officer, Mahil grew up in Chatham, Kent, dreaming of following in her elder sister’s footsteps and becoming a doctor.

She was in the second year of a medical degree at Brighton and Sussex University and living with six other girls at a shared house in Gladstone Place, Brighton, where  Gagandip was to be attacked. 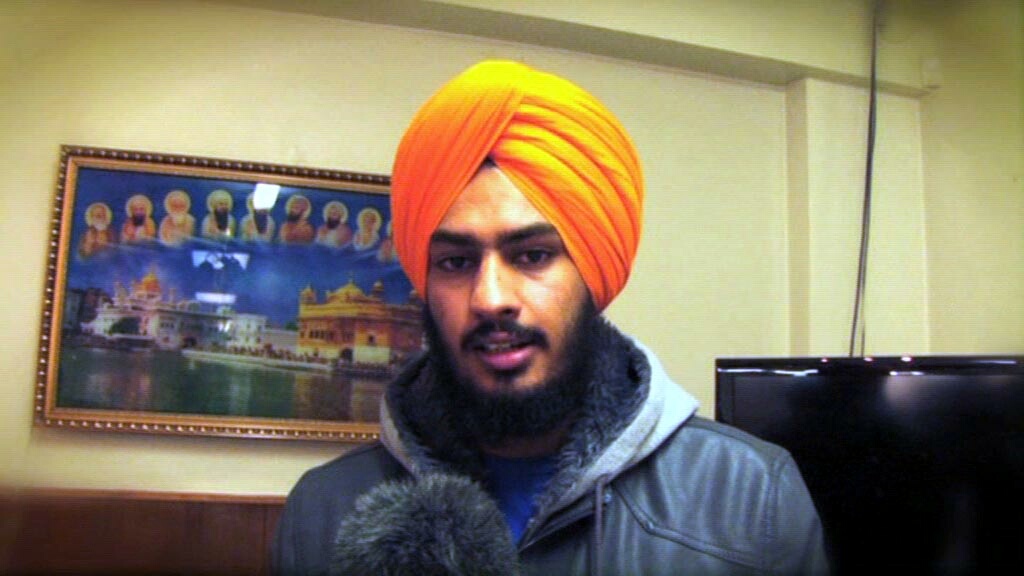 A devout Sikh, whose Indian family originally hail from the Punjab, British-born Mahil claimed her faith forbade her from lying and that she did not believe in violence or sex before marriage.

She had volunteered in an Oxfam charity shop while at school, worked at a hospice and with autistic children and dreamed of working overseas for Médecins Sans Frontières.

Hours before the killing, she was online trying to collect sponsors for a half-marathon she was planning on running in aid of an anti-slavery charity.

But she could also be ‘manipulative, vengeful and deceitful’, and was revealed to have lied to the police during the investigation into Gagandip’s death.

She showed her cold and calculating side when she dew up a list of pros and cons after Shoker declared his love for her.

After taking him through the list, she concluded they would be better of as ‘good friends’ – but referred to him as ‘my gay friend’ when speaking with others.

Mahil first met Gagandip around two months before his father was murdered over a business dispute in India in 2009.

Charanjit Singh was shot dead in a contract killing while investigating suspicions that a trusted business partner had stolen money intended to be used to invest in property in the country.

Mahil accepted a Facebook friend request from Gagandip after realising that he was already friends with Shoker.

A LESSON HE WOULD NEVER FORGET

After becoming friends on Facebook, Mahil and Gagandip met for the first time in the flesh at a Sikh festival in Wolverhampton in 2009. 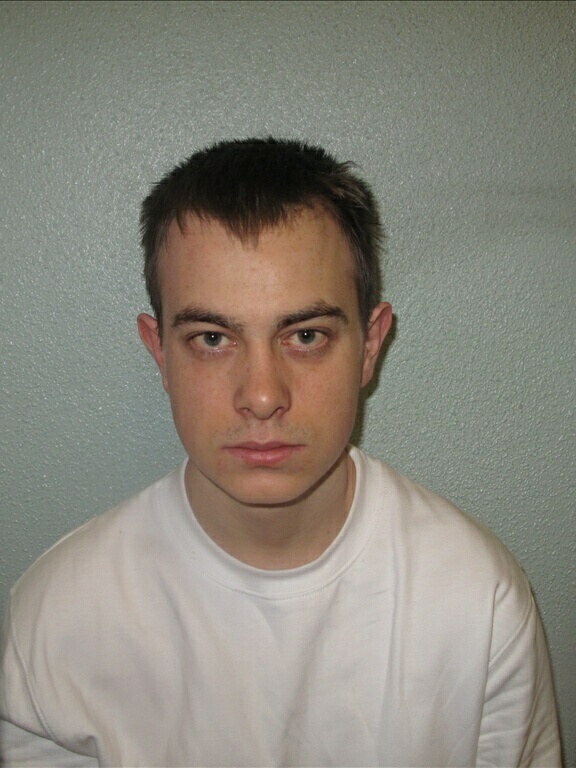 But their friendship did not blossom into a relationship and they became estranged following an alleged sex attack by Mr Singh on Mahil in August 2010.

Described by Mahil’s defence barrister as an ‘attempted rape’, the alleged offence was never reported to the police but Mahil later underwent counselling.

Over the months that followed she cooked up a plan with Shoker – who had fallen for her after they met at a Sikh martial arts demonstration while he was still at school – to teach Gagandip a lesson.

She invited him down to her student house late on the evening of February 25, 2011, on the pretext of rekindling their friendship.

Gagandip was nervous, but eventually agreed to come and arrived bearing a cuddly toy for Mahil. But as he entered her basement room, Shoker – also known as Ravi – and cycle mechanic Peters pounced.

He was then bundled into the boot of the car and driven back to London by the pair, who briefly pulled over at the side of the A23 to tie his hands together with the charger cable from a TomTom satnav unit.

After driving through the night, they arrived in Angerstein Lane, a quiet Blackheath side street, before pulling over at the side of the road, where Gagandip was to meet his horrific death.

‘Petrol was poured onto the car, including onto him as he lay either still unconscious or on any view completely helpless inside the boot,’ said Aftab Jafferjee QC, prosecuting.

‘It is scientifically clear beyond any doubt that he was still alive at that point.

‘The car was then set alight with him in the boot and that is how his life was ended.’

Shortly afterwards, trainee electrician Shoker made an 80-minute phone call to Mahil in which he told her of her admirer’s fate.

Shoker and Peters blamed each other for the killing during the trial, while Mahil claimed she had only ever intended for Mr Singh to be lectured about his attitude to women and had no idea they would set about him with such ferocity. 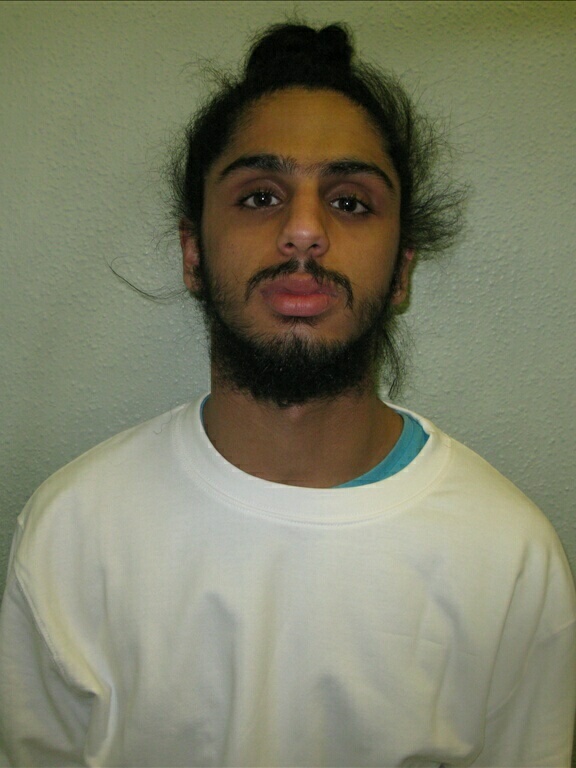 But the day before the murder, she spoke with her housemates about ‘justice’ and said she was planning on ‘meeting up with some people in east London to sort things out’.

One, Rebecca Edwards, said the fellow student had given the impression there would be ‘no repercussions’ for her if Mr Singh was attacked

‘If it happened then it would be nothing to do with her – she wouldn’t be involved,’ she said.

She added: ‘I think the victim was in love with her.

‘He would offer her gifts and things – anything really that she wanted.’

Self-confessed car thief Peters, who is said to have likened the return trip to London to a scene from action film The Transporter, claimed Shoker had recruited him only to steal Mr Singh’s Mercedes.

Diabetic Shoker said he had not eaten or taken insulin on the night of the murder, leaving him ‘confused, tired and upset’, and blaming Peters for the attacks.

During the trial, Mahil claimed she was left ‘traumatised’ by Mr Singh’s beating at the hands of Shoker and Peters, but later admitted she sat down in her kitchen to eat a Key Lime pie minutes after the assault got underway.

Sentencing, Judge Paul Worsley QC told Mahil: ‘I conclude, sadly, that in addition to your many and outstanding qualities, you can be manipulative, vengeful and deceitful.’

He said the student had ‘decided that Gagandip Singh should be taught a lesson he would never forget.’

‘You, a student doctor, whose profession is to safeguard life, decided he would be seriously beaten up,’ he added

‘You showed  no pity and did not attempt to save or protect him.

‘This was a betrayal of trust of a man who you described as – at that time – depressed.

‘It was a cruel deception which would eventually cost him his life.’

Det Ch Insp Damian Allain said: ‘Throughout this investigation and trial, Mundill Mahil portrayed herself as a victim, denying in any way she had lured Gagandip to Brighton knowing Shoker and Peters were going to attack him.

‘She claimed she had gone to the police voluntarily to assist them.

‘In fact, under cross-examination she was forced to admit she had lied to police, suggesting that all she had done was to lure him to what she expected to be a few slaps and a lecture.

‘It is clear to me now, endorsed by the jury’s verdict, that her actions were calculating and that she was at the heart of a criminal conspiracy of tricking Gagandip to Brighton to seriously assault him, which ultimately resulted in his death.

‘All this from a medical student, embarking on a career in the caring profession.

‘I have no doubt that but for her actions, her deceit and trickery that night, Gagandip’s death would not have happened.’