Ken Regan had lived the criminal high life and was desperate to taste it again.

Through drugs and bogus passports he had rubbed shoulders with some of the country’s most notorious gangland figures.

Dealing heroin in the late 1980s had made him a fortune and set him up as a country gentleman.

Regan, 56, drove the latest Mercedes sports cars and invested in a freight company which he was using as a front for drugs smuggling and money laundering.

It all went wrong in 1998 when police caught him with 25 kilos of top grade heroin and wads of cash in the boot of his car. He was jailed for eight years.

When he was released Regan wanted to start operations again but he had no money to invest in a freight firm.

The solution was simple. If he couldn’t buy a firm he would steal it. 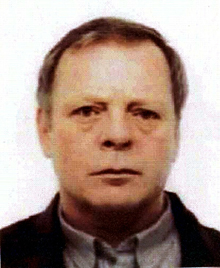 Regan’s target for the theft was millionaire Anil Chohan who had been jailed for three years for tax evasion and later became involved in the exporting of pallet loads of ‘chat’ to the United States – the soft drug chewed by North Africans.

Mr Chohan was keen to sell his freight firm – importing chat was a high pressure job with crowds of Africans regularly turning up at the warehouse hoping for a sample from the latest shipment.

It may never have occurred to Regan that to get control of the Heathrow based company CIBA Freight he would have to kill not only Mr Chohan but his entire family.

To put his plan into action he recruited two accomplices who he had known thought the criminal underworld for many years – Bill Horncy, 53, and Peter Rees, 40.

Rees would be used to guard Mr Chohan at Regan’s father’s house in Salibsury while the two others made the arrangements for the ‘transfer’ of the business.

The final member of the team was Regan’s unwitting dupe Belinda Brewin, 43, the ex PR executive and former best friend of Paula Yates, the late wife of Bob Geldolf.

Regan was besotted with her and wanted the glamorous divorcee to be the front for the takeover of CIBA Freight.

Coincidentally, she had 50 acres of land at Great Coleford House at Stoodleigh near Tiverton in Devon – perfect place to bury a body.

Regan began calling Mr Chohan in February of 2003 claiming he had Dutch backers who wanted to buy the firm and he became a regular visitor at the offices.

He also began assembling the kit that would be needed to hold Mr Chohan captive while he signed the necessary documents – the drug GHB and rolls of brown packing tape from the victim’s warehouse which would be used to ‘mummify’ him.

On Thursday, February 13 2003, Mr Chohan was invited to a business meeting at Stonehenge and told his workforce: ‘I’m off to do a deal.’

He was never seen alive again.

Mr Chohan was taken to Regan’s father’s home in Forge Close, Salisbury, where he was held for three days. 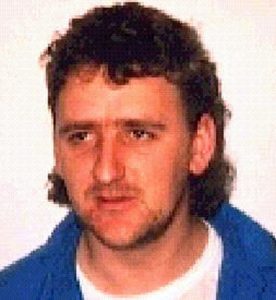 He suffered a living nightmare as he was drugged, tortured and made to sign away his livelihood.

Throughout the ordeal he would have known his family were in grave danger as he was made to record messages telling them not to worry, write letters explaining his disappearance and sign 23 blank pieces of paper which would be used by the gang to write different letters after he was dead.

Regan may have involved the Chohan family as a lever, forcing the businessman to hear their terrified voices as he sat bound, gagged and helpless.

But somehow Mr Chohan summoned the courage and guile to find a bank letter sent to Regan at the Salisbury address and hide it in his sock.

The clue from beyond the grave would nail Regan and his accomplices and leave his lawyers desperately grasping at claims of a police fit-up.

At first Regan coolly played the concerned friend to Mr Chohan’s family as he assured Anil’s young wife Nancy, 24, that her husband was would return home soon.

But two days after Mr Chohan disappeared, Nancy, their sons Devinder 18 months, Ravinder eight weeks and Mrs Chohan’s widowed mother Charanjit Kaur, 51, were murdered by Regan and his accomplices at their home in Hounslow, west London.

Police believe they were all probably strangled.

BURIED UNDER 48 TONNES OF ROCK

Their bodies were taken to the farm in Tiverton to share Mr Chohan’s grave and entombed under 48 tonnes of stone and gravel.

As he buried the family with a mechanical digger Regan could not resist a sick joke about his landscaping experience and told neighbouring farmer Keith Luxton: ‘I’ve done a lot of driveways for Pakistanis.’ 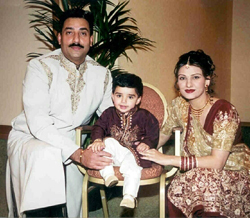 Staff at CIBA Freight knew Mr Chohan was ‘a chancer’ and they accepted Regan’s cover story that he and his family had fled after getting into trouble over the chat deals.

But Onkar Verma, Mrs Chohan’s brother who lived in New Zealand, refused to believe she had simply disappeared and called the police.

When detectives spoke to Brewin and she revealed her connection with Regan he knew it was only a matter of time before the farm was searched and the grave discovered.

He had to buy time so the bodies could be removed and characteristically combined it with his last big joke.

Regan told police Anil Chohan had asked him to supply him with a false passport and had arranged to meet him at the bronze pig in Newport, south Wales, trading on the slang name for police officers.

Detectives kept the pair under observation as they waited at the pig and saw them making exaggerated head scratching gestures when Mr Chohan failed to turn up.

Regan and Horncy were ‘utterly removed from the horror of their actions’ and believed they could afford a laugh because the bodies would never be found.

The gang then began the grim task of digging up the family and dumping the corpses in the Channel in a small boat they had bought for the purpose.

Horncy would tell how he looked down into the burial pit that weekend to see the businessman’s body trussed up in a sheet ‘like a Christmas cracker’ before they slung it into the back of a van.

But two days after the burial at sea later Mr Chohan’s body was found by a canoeist near Bournemouth Pier and the bank letter sent to Regan at his father’s address was discovered.

The bodies of the two women were also recovered from the water but those of the two children were never found.

Regan and Horncy were sentenced to die behind bars when they were both given whole life sentences at the Old Bailey.

Rees was ordered to serve at least 23 years of a life sentence.

The judge, Sir Stephen Mitchell told them: ‘Your crimes were uniquely terrible.’