The ‘Babes in the Wood’ killer

Evil ‘Babes in the Wood’ paedophile Russell Bishop was sent back to prison to die behind bars after he escaped justice for the murder of two schoolgirls for more than 30 years.

Bishop, 52, was described as ‘evil personified’ by the families of victims Nicola Fellows and Karen Hadaway after convicted of sexually assaulting and strangling the girls 31 years to the day since a string of blunders saw him walk free.

He was always the prime suspect for the murders in October 1986 but mistakes by police and prosecutors at the time resulted in him being cleared in just two hours following a trial at Lewes Crown Court in December 1987.

The case remained under constant review and a reinvestigation using cutting-edge forensic techniques revealed a billion-to-one DNA match to Bishop on the blue Pinto sweatshirt worn by the killer and discarded as he fled the scene.

The find prompted the Court of Appeal to quash the acquittals and order a second trial.

Jurors heard how the garment Pinto had finally ‘given up its secrets’ – fibres, hairs, paint flecks and plant spores all linking Bishop to the girls and the murder scene. 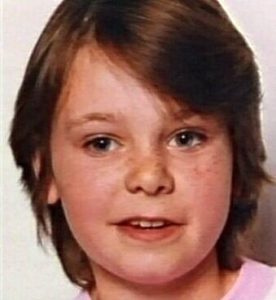 The new forensic evidence combined with the paedophile’s repeated lies and depraved sexual interest in young girls overwhelmingly condemned him and he was found guilty of both killings in just two-and-a-half hours.

A second billion-to-one match with Bishop’s DNA was also found on a taping taken from Karen’s left forearm during her post mortem.

But before scientific advances could put him behind bars Bishop abducted, strangled and sexually assaulted a seven-year-old girl in an almost identical attack in the Whitehawk area of Brighton and left her for dead in 1990.

Luckily she survived and was able to identify Bishop as her attacker.

He has spent the last 28 years serving a life sentence for those offences.

Bishop did not appear in the dock as Mr Justice Sweeney today  passed two more life sentences for the murders of Nicola and Karen.

He ordered the predatory paedophile to serve at least 36 years behind bars, beginning today, before the parole board once again consider him for release. 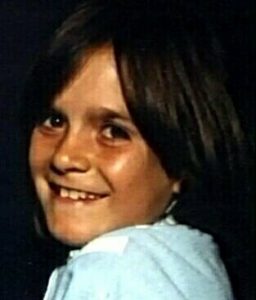 ‘I have no doubt that you were a predatory paedophile that, having seen Nicola and Karen playing near the entrance to the park at around 5.15pm you remained in the area in case a chance arose to lure them through the woods in the park.

‘That that chance did arise at around 6.30pm when you saw them not far from you outside the southern end of the park.

‘That, taking advantage of your previous dealings with their families and with them and your local knowledge you then lured them to a secluded den in the woods.

‘That there, entirely for your own pleasure, you subdued them, punching Nicola in the face and putting your hand over her nose and mouth in the process, and that then, in turn, you strangled and sexually assaulted each of them and that the worst of the sexual assaults was inflicted on Nicola – including part of it after her death – because earlier that afternoon she had been rude to your then 16-year old girlfriend.

‘The terror that each girl must have suffered in their final moments is unimaginable.’

Prosecutor Brian Altman QC read a series of moving impact statements from Barrie Fellows and each of the girls’ mothers.

Susan Eismann, formerly Fellows, said: ‘On 9 October 1986 my beautiful little girl Nicki was taken from me and from that day my world was turned upside down.

‘No parent ever thinks this would happen to their children but sadly for me, it did.

‘In 1987 Russell Bishop went on trial for the murder of both Nicki and her little friend Karen. 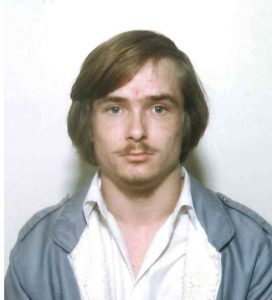 ‘I will remember forever the day she called me to tell me he had been found not guilty.

‘I could not believe the outcome because I have always known that he killed my Nicki.

‘I have lived with the pain, the loss and sheer hate towards him for what he has done for the last 32 years.’

Sussex Police informed her the case had been reviewed in 2013 in light of further evidence in line with scientific advances.

In 2017 Bishop’s acquittals were quashed paving the way for a second trial, ending five long anxious years for the families.

‘Those years were a huge worry, Mrs Eismann continued.

‘They opened up a lot of old wounds and I was forced to think about everything all over again.’

Of the current trial she said: ‘I have had to listed to the most dreadful detail of what happened to her.

‘To think that someone could and did do that to her is beyond belief.

‘I always knew she had been physically hurt, sexually harmed and would have been absolutely terrified but over the years I have stopped myself from thinking of that as it would have absolutely tortured me.’ 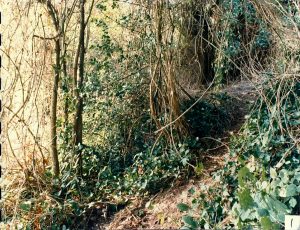 The girls were last seen playing near the Wild Park on the evening of Thursday 9 October 1986.

A day after they went missing their bodies were found huddled in dense woodland in the park, just half a mile from their homes on an estate in Moulsecoomb.

Bishop joined the search for the girls as part of a ‘cynical and deliberate attempt to divert attention away from himself’.

But he gave himself away by divulging details only the killer could have known. 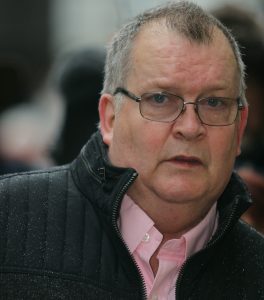 He described the positions the girls were lying in, with Karen’s head resting in Nicola’s lap, despite never getting close enough to see the bodies when they were discovered.

Bishop also knew about the ‘blood-coloured foam’ than came from Nicola’s mouth as she was strangled.

In a desperate attempt at getting away with murder a second time Bishop callously blamed one of the girls’ fathers, Barrie Fellows, for the crimes, accusing him of sexually abusing his own daughter.

It was all a smokescreen to divert the jury away them away from the damning forensic evidence.

Bishop was handed two life sentences and given a minimum term of 36 years.