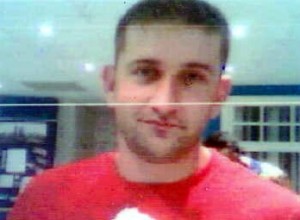 A dead bus passenger was driven around London after staff failed to the spot his body, an inquest heard.

Pawel Modzelewski, 25, died on the night bus, but stayed in the garage overnight and was still in his seat when the bus went out the following morning.

He was on the bus for another six hours before another passenger raised the alarm.

Disciplinary action is now being taken against the staff of the London Central Bus Company.

The driver of the night bus had noticed Mr Modzelewski on the top deck but ‘forgot’ about him when he could not wake him up, the inquest was told.

Mr Modzelewski got on the no 36 bus at around 12.29am at Harrow Road, Queens Park, west London on January 19 this year.

The buses’s CCTV footage showed him slumping forward in his seat 12 minutes later.

But none of the other passengers spotted him and he was found by the driver at 1.30am, who then went home for the night.

‘But there was no response. He drove the bus into the garage to be refuelled and cleaned by contractors,’ Mr Bailey said.

‘He forgot to tell anyone about the man.

‘The cleaners didn’t clean the bus and on finishing his duty, the driver went home.’

Mr Bailey said engineers intended to check the bus before it was used again – to the 171 route – but neglected to check upstairs.

In a statement Morlaye Keppy-Camara said he flagged down a double-decker at 7am the following morning in Brockley.

‘I got on the no.171 bus and went upstairs. I walked towards the back of the bus. As I did so I passed a white male.

‘He was slumped forwards in his seat and not moving.’

Mr Keppy-Camara said he went to the back of the bus but became more and more concerned.

‘I decided to go and see if I could rouse him.’

It was then he noticed vomit on Mr Modzelewski’s clothes and spoke to the driver.

Police arrived at 7.11am and discovered an empty syringe in Mr Modzelewski’s right hand and a small wrap of what appeared to be heroin.

A post mortem revealed the Polish man had had overdosed on the drug.

Coroner Dr Andrew Harris said the cause of death was an overdose of drink and drugs.

But said there were ‘missed opportunities’ to help save Mr Modzelewski’s life.

‘On the balance of probabilities he died self-administering a drug, yet he was not found until six and a half hours later.

‘We have heard no evidence as to whether the delay in finding the deceased would have made any difference to his outcome.’

Mr Harris added he would be compiling a report for the bus company and Mr Modzelewski’s family – setting out recommendations to prevent a similar incident.

Mr Modzelewski, of no fixed address, was represented by his uncle Eligiusz, who is also living in the UK.

He told the court: ‘If my nephew had had help earlier, maybe things would have been different.’