Double murderer Derek Brown was a convicted rapist obsessed with serial killers who wanted to emulate Jack the Ripper.

Brown, a portly 47-year-old from Preston, stalked the streets of London’s Whitechapel just as the Ripper had more than 100 years earlier.

Xiao Mei Guo, 29, an illegal immigrant DVD seller, and prostitute Bonnie Barrett,24, were lured to his flat in south London, two miles away.

Brown killed his victims, dismembered them and disposed of their bodies so perfectly that their remains have never been discovered.

He may have thrown the body parts into the Thames or put corpses through the industrial crusher at his workplace.

As he was jailed for a minimum of 30 years, police revealed Brown had raped at least six women and may have killed before.

He had meticulously studied the 19 chapters of a book which detailed the horrific stories of some of the world’s worst serial killers.

Brown borrowed Nigel Cawthorne’s ‘Killers: The Most Barbaric Murderers of Our Time’ from his local library for three weeks before he began his murder spree last summer.

He pored over pages information on killerslikeYorkshire Ripper Peter Sutcliffe, who murdered 13 women between 1975 and 1980, and Dennis Nilsen, who killed 15 men and boys in five years in north London.

Brown may have deliberately chosen Whitechapel as his hunting ground to emulate Jack the Ripper who claimed five prostitute victims there in 1888.

The newspaper delivery driver bragged to a close friend the press would soon be ‘hounding’ her for information about him.

On the last occasion he saw her he made the chilling boast: ‘You will hear of me.’

The woman recalled: ‘He also said words to the effect of I would be laughing on the other side of my face when I had the press hounding me about what he had done.’

Brown had  a ‘large sexual appetite’ who lusted after ‘slim, small-breasted women’ according to a prostitute he used regularly.

Both Bonnie Barrett and Xiao Mei had the misfortune to be Brown’s preferred type.

Xiao Mei Guo arrived in London with her husband Jin in August 2006, just a year before she was murdered. 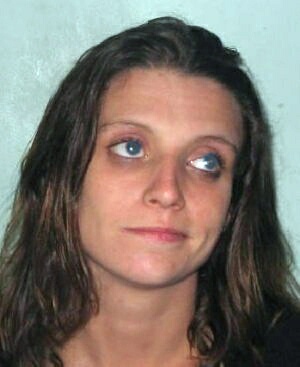 She left two sons aged 11 and 12 in China as the family were smuggled in to the UK from the Fujian province by the country’s mafia organisation known as the ‘Snakeheads’ after paying large sums of money.

The couple could not afford to pay the fee in one go and began working by selling counterfeit DVDs in east London in a bid to pay back some ofthe cash they owed.

The family set up home in Cannon Street Road, Whitechapel, in a house with other Chinese immigrants.

Both Ms Guo and her husband began working on the streets of Whitechapel, where hundreds of fake DVDs were sold.

Her husband Jin was jailed after being convicted of hawking and Ms Guo was having to work much harder to repay the money they both owed. He was still in prison when she disappeared after meeting Brown in August last year.

She may have agreed to go to Brown’s flat to show him the DVDs because she was so desperate for money.

CCTV captured Brown chatting with Ms Guo on the morning of her disappearance on August29 at Whitechapel Underground station, before both headed for the tube.

Shewas last intouch with friends when she sent a text message from Rotherhithe station saying she was to show a customer some DVDs before he bought them.

Kola Owolabi, who lived below Brown in Laburnam Court, Rotherhithe, said he heard a woman’s cries front the flat as he chatted to a friend on the day Miss Guo disappeared.

‘It was female. It sounded lie a young voice. I didn’t hear any words.

‘There was a scream, a thud, then silence.’

Miss Barrett, a mother to a six-year-old boy was a crack cocaine addict who scratched a living by working on the streets.

She grew up in Walworth, southeast London, but moved out of the family home as a teenager when she began to experiment with drink and drugs.

She was known as a ‘clipper’ and would often trick men in to paying for sex, but make a swift exit with the cash before anything took place.

Miss Barrett had been working the streets for several years to fund her crack cocaine addiction and had many friend in the Commercial Street area.

At the time of her disappearance, on September 18, last year she was living with her friend Neil Wakefield in Boxley Street, Victoria Docks, in east London. 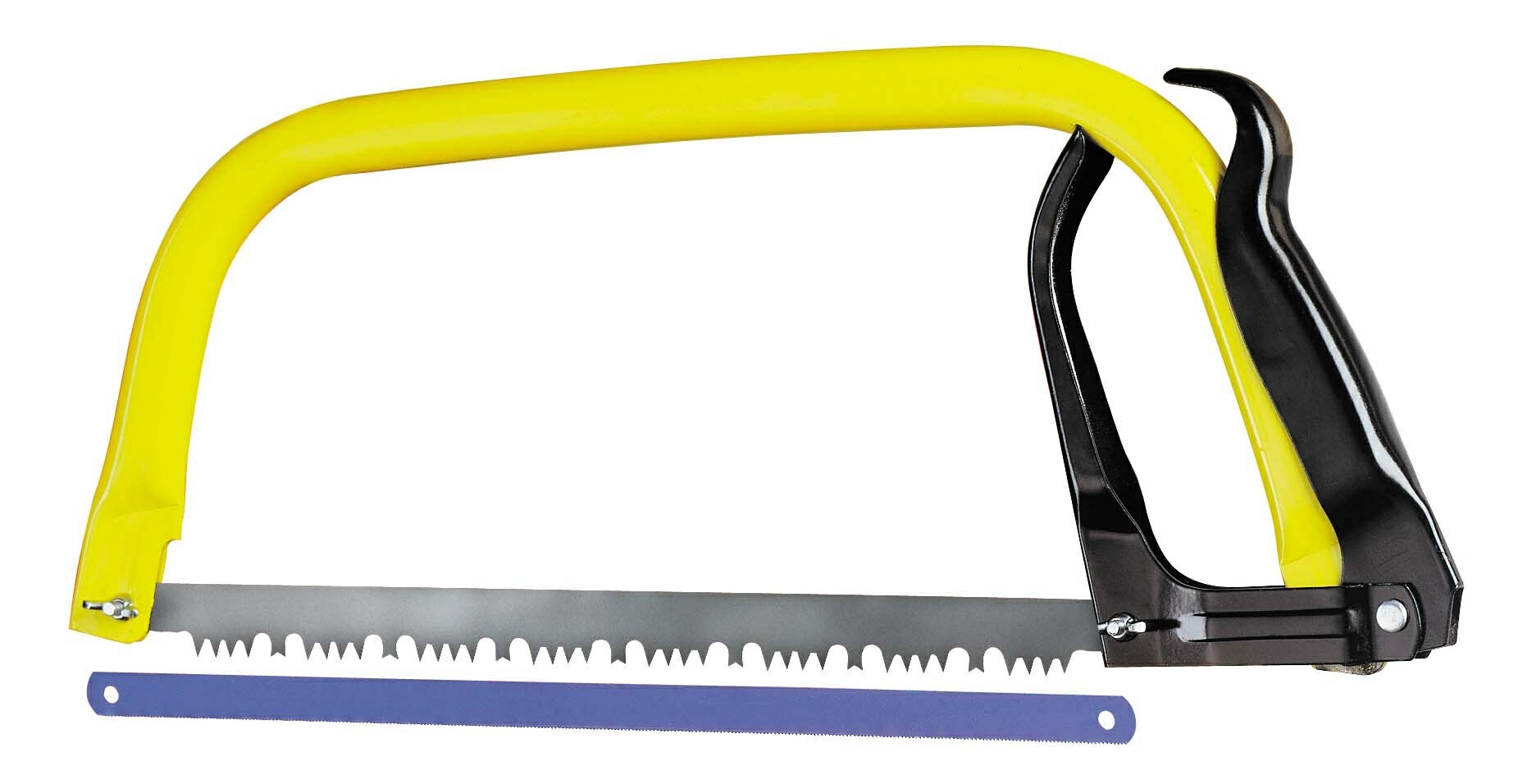 The saw used by the killer

She then moved in with a violent boyfriend but left just before finding out she was pregnant with her son.

Several sex worker colleagues interviewed after she vanished knew Brown as a client and had been to his flat.

They also revealed he had hired Miss Barrett several times in the past.

Miss Barrett spent the weekend before she disappeared in a drugs and sex binge with the leader of the Australian Hell’s Angels, who was in London for a funeral.

She went missing on September 18 lastyear after goingout to work in Commercial Street and never returned to the flat in Boxley Street, Victoria Docks, east London, she shared with friend Neil Wakefield.

Brown, who had been caught on CCTV loitering in Whitechapel that day, had picked her up and taken her back to his flat, this time using his company van, before killing her.

The murder inquiry began when Ms Guo was reported missing and police found the crucial CCTV footage of her at the station.

Brown was arrested on October 6 after he walked in to a local Londis shop where officers were making routine inquiries and showing pictures ofhim.

Officers watched him leave before stopping him outside.

Forensic teams moved in to his two-bed flat on October 8, two days after he was arrested and found every room was spotted and smeared with the blood of both women.

Miss Barrett’s blood was found on the boiler cupboard, washing machine and fridge in the kitchen and detectives believe she was attacked and murdered there.

The blood of Miss Guo was found near the front door suggesting she may have tried to escape from the flat before she was dragged back inside.

There had been attempts to clean up the flat. Blood was found on a packet of scourers in a cupboard, a pair of industrial gloves and there were drip marks and spots on the hallway wall and carpet. 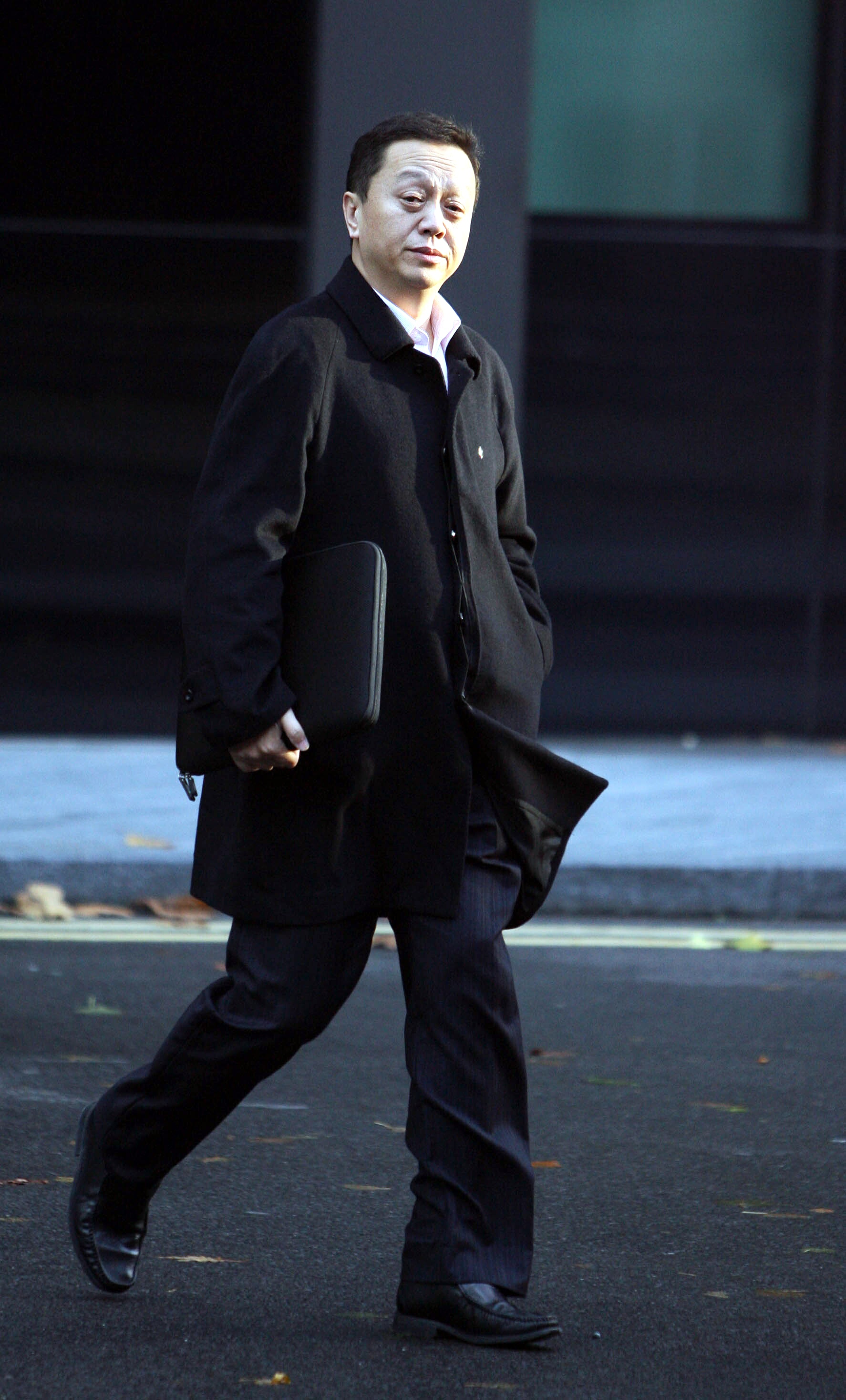 Brown had torn out bloodstained carpet and tried to give furniture away to neighbours.

He was also in the process of completely redecorating his home.

Police found three receipts from the local B&Q store where Brown had spent a total of £155 on materials to dispose of the bodies and clean the crimescene.

He made his first trip on August 31, two days after he killed Ms Guo, and bought a bow saw, steam cleaner, sandpaper, gaffer tape, protective gloves, a bow saw, masking tape, a Stanley knife, 20 rubble sacks and tins of paint.

Then on September 29, little more than a week after Miss Barrett’s disappearance, Brown returned to buy a heat gun, screwdriver and more paint.

Four days before his arrest Brown picked up another pot of paint and 5m x 4m waterproof dust sheet. He had also picked up several rolls of industrial strength cling film, which had most likely come from his work depot.

Divers were sent in to the Thames and British Transport Police searched railway lines.

The country’s top ‘body finder’ was also drafted on to the investigation.

The police officer who has never been named, is on call to all forces across the country and had previously worked on the hunt for missing four-year-old Madeleine McCann in Portugal.

But there has been no trace of either woman.

It is believed Brown hacked up the two women, wrapped them up and made repeated trips to the nearby River Thames to throw the pieces into the water.

The large rucksack he was seen with in the Whitechapel CCTV has never been found and dumbell weights are also missing from the flat.

Police believe he may have filled the rucksack with bodyparts and thrown it into the river using the weightsto make sure the bag went to the bottom.

He could have also used the industrial compactor at the depot in Bermondsey, south London where worked.

Brown told the court: ‘If I use something and it is cheap, I just chuck it out.’

The killer has a series of previous convictions for burglary in the north of England between 1976 and 1986.

On July 20, 1989, at Preston Crown Court he was jailed for seven years after pleading guilty to rape and attempted buggery.

Detective Chief Inspector Mark Kandiah said the killer’s motives were likely to have been sexual.

‘The other potential motive, given his age is notoriety,’ the officer added.

‘Has he reached a point when for what ever reason, this is how he wants to gain notoriety?

‘If it was notoriety and you are a rapist the two could sit together.’

Unlike the Ripper who left his victims’ mutilated corpses on grotesque display, Brown disposed of the bodies skilfully so he would have the opportunity to kill again.

DCI Kandiah said the fact he disposedof the bodiesso well could suggest he had killed before and was ready to do itagain.

‘In my opinion he was not going to stop,’ said the officer.

Brown is now suspected of another murder in the north of England and forces across the country are to look at their unsolved cases to see if there is a possible connection with Brown.

Police took statements from ‘five or six women’ who say they were raped by him.There is evidence of less serious assaults on at least another six women.

‘There is clear evidential picture he is a recidivist rapist,’ DCI Kandiah said.

‘He is clearly a very evil man who has shown no remorse.’

Judge Martin Stephens QC gave Brown two life sentences and ordered he serve a minimum of 30 years before he can be considered for parole.

‘You murdered two women, both women vulnerable plying their trade on the streets, in each case falling in to your hands precisely because of their availability and lack of protection,’ the judge said.

‘What we do know is that you disposed of their bodies with frightening efficiency so that not a trace of these women has been found.

‘DISMEMBERED AND DISPOSED OF’

‘Whilst there is no direct evidence of how you disposed of the bodies there is clear circumstantial evidence that you dismembered and then disposed of them using equipment and materials you bought for the purpose.

‘The only person who could prove that not to be true would be you if you ever chose to tell the police where the bodies are.

‘As it is the anguish of both victims’ families is exacerbated by their inability to lay each lady to rest.’

Brown yawned during the judge’s comments and did not react to his 30 year term as he was led to the cells.