Serial killer Joanna Dennehy laughed after being told she would die in prison for murdering three men to satisfy her ‘lust for blood’.

The 31 year-old psychopath joins Rose West as the only female prisoners serving a whole life order.

Dennehy, who has a green star tattoo below her right eye, also tried to kill two dog walkers before being arrested with her giant lover 7ft 3in Gary Stretch, 48.

She later told a psychiatrist she killed to see how she would feel and added ‘then it got moreish and I got a taste for it.’

Dennehy fits the FBI definition of a serial killer but is described as a spree-killer by criminologists because there was no ‘cooling off’ period between the murders.

She was branded a ‘man woman’ by one victim and likened to Uma Thurman from Kill Bill by another before their deaths.

Dennehy stood in the dock wearing a bright pink top as the judge, Mr Justice Spencer, sentenced her to life with no chance of parole.

He told Dennehy: ‘You are a cruel, calculating, selfish and manipulative serial killer.’ 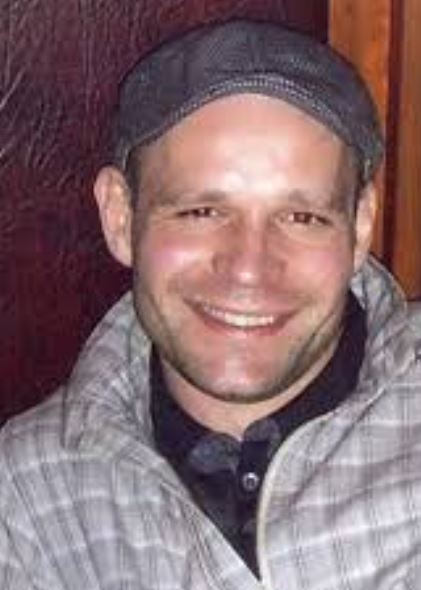 The judge also described her as a pathological liar who killed Mr Lee ‘to satisfy your own lust for blood.’

He added: ‘The death and destruction of which you are responsible has caused untold distress to the families and friends of the men you murdered and to the victims who survived and their families.

‘The court is satisfied the element of just punishment and retribution requires the imposition of a whole life order.’

Dennehy did not say anything as she was taken down to the cells but was heard laughing as she passed through the door.

The killer was born in August 1982 in St Albans, Hertfordshire, and apparently had a normal childhood and education at Roundwood Park School in Harpenden, playing for the hockey and netball teams.

But at the age of 15 she ran away with an older man and continued her descent into drink and drugs. He left her in 2009 because of her increasingly violent behaviour and in February 2012 she was diagnosed as having an anti-social personality disorder and obsessive compulsive disorder.

Dennehy first killed Polish warehouse worker Lukasz Slaboszewski, 31, stabbing him through the heart with a pocket knife after inviting him to her home for sex on 19 March 2013.

The body was kept in a wheelie bin outside their maisonette until Dennehy and Stretch dumped it in a ditch in Thorney Dyke.

She then stabbed her housemate, former Royal Navy sailor John Chapman, 56, once in the neck and five times in the chest before phoning Stretch to sing the Britney Spears song “Oops I Did It Again”.

His body was dumped in the same ditch as Mr Slaboszewski.

Dennehy next killed her landlord and boss, property developer Kevin Lee, 48, and enlisted Stretch and Layton to help dump him in a ditch in Newborough, Cambridgeshire.

Mr Lee’s body was found the next day, March 30, in a black sequined dress with his buttocks exposed. He had previously confided in a friend that Dennehy ‘wanted to dress me up and rape me.’

She also told another witness: ‘I want to murder men, I want to be a serial killer, write a book and be famous.’ 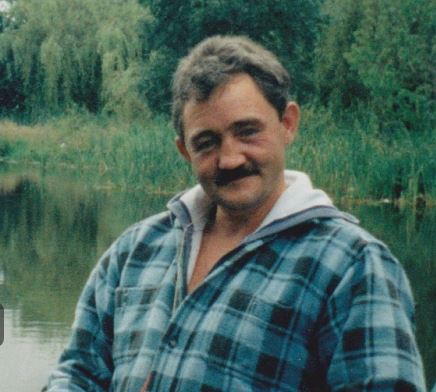 Dennehy’s next two victims were chosen at random in Hereford on 2 April with the help of Stretchs.

A MAN WITHOUT DOGS

According to one witness Dennehy told Stretch: ‘You need to find me a man without dogs.’

In the end she stabbed dog walkers Robin Bereza, 63, and John Rogers, 56, in two separate attacks.

Dennehy stabbed Mr Bereza in the back and told him:  ‘I’m going to fucking kill you.’

She then stabbed Mr Rogers more than 30 times in a ‘relentless and frenzied attack’ before walking off with his dog.

Dennehy has since claimed to be ‘ashamed’ of stabbing the two strangers and during one appearance in court said: ‘I want everyone to know, I am sorry for the attempted murders, but I am not sorry for the murders.’

She later laughed and joked at Hereford Police station, telling officers: ‘What am I up for, attempted murder and murder? It could be worse. I could be big, fat and ugly.’

Dennehy also complained of her ‘really hectic week’ and described herself as ‘The Incredible Hulk.’

The bodies of Lukasz Slaboszewski and John Chapman were found the next morning.

Nigel Lickley, defending Dennehy,  argued that she should be given a 40-50 year minimum term instead of a whole life order and claimed the killings were not sexually motivated.

Karim Khalil QC, for Stretch, claimed Stretch had facilitated the attempted murders rather than planned them and should not be given a life sentence.

Robert Moore, 56, provided shelter for Dennehy and Stretch while they were on the run, and later lied to officers about their whereabouts.

His barrister claimed he ‘became besotted by other more dominant personalities’ and was unlikely to reoffend.

Leslie Layton, 37,  lied to police and was said to have had a morbid fascination with Dennehy’s murders. He had a photograph of Mr Chapman’s body on his mobile phone and helped dumped the body to the ditch. 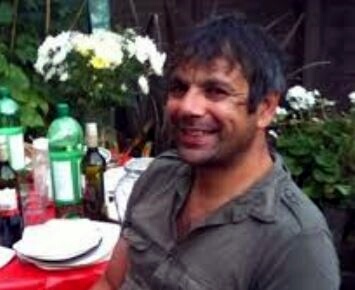 His barrister Christopher Morgan said in mitigation that Layton ‘always felt that he could be next’.

Dennehy, of Bifield, Peterborough, admitted three counts of murder, two of attempted murder, and three of preventing a lawful burial.

Stretch, of Riseholme, Orton Goldhay, Peterborough, was convicted of two attempted murders and three counts of preventing the lawful burial of a body.

Leslie Layton, also of Bifield, Peterborough, was convicted of perverting the course of justice and two counts of preventing lawful burials.

Gary Stretch was jailed for life with a minimum of 19 years before he can be paroled.

The judge, Mr Justice Spencer, told Stretch he had revelled in the notoriety of being ‘Britain’s Most Wanted’.

He added: ‘There is a significant risk of serious harm to members of the public from the commission of further specified offences.

‘A life sentence is required to reflect public abhorrence.’

Stretch yawned as he was told to stand in the dock and told the judge: ‘Thank you very much’ before he was led down to the cells.

The judge told Layton: ‘You were caught up in the excitement and appalling fascination of these murders by a woman who undoubtedly exercised some influence upon you.’

He told Moore: ‘It is quite clear you were besotted with Joanne Dennehy and were willing to do anything to indulge her. You provided them with food and shelter two nights running.’

Earlier he told Dennehy: ‘Within the space of ten days you murdered three men in cold blood. You made it clear you have no remorse for those murders.

‘You dumped the bodies of the three victims in remote rural areas hoping they would not be found.

‘Only days later you attempted to murder two more men openly on the streets of Hereford.’

The judge said the aggravating features included a substantial degree of premeditation or planning, the showing of Mr Chapman’s body to a 14 year-old girl while it was in a wheelie bin, the use of knives, the disposal of the bodies and the attempt to murder two more men while on the run.’

He said it was ‘one of the rare cases which requires a whole life order’.

The judge added: ‘For these three cruel and brutal murders the sentence is life imprisonment and the time you will serve is a whole life order.’

She was sentenced to concurrent life imprisonment for attempted murder and 12 years concurrent for prevention of a lawful burial.

‘Our world changed beyond all recognition on the afternoon of March 29, when our beloved Kevin had his life cruelly taken from him,’ he said.

‘Joanne Dennehy will now spend the rest of her life in prison for the murder of three men and the attempted murder of two others.

‘We feel Joanne Dennehy brainwashed Kevin, causing him to make a bad decision, and he has paid for that with his life.

‘Kevin was a dedicated family man and he would do anything for anyone.

‘Even though sometimes it could be a struggle, his positive attitude helped him to always see the bright side of life.

‘He lived for his family, especially his children Chiara and Dino.

‘He has been robbed of watching them become young adults and they too, have lost something which can never be replaced.

‘Kevin was dedicated to Dino’s karting ambitions, spending all his spare time travelling up and down the country, to help Dino develop the talent that to this day continues to grow.

‘Dino’s journey will be a poorer one without his father at his side, giving the guidance and support that only a father can give to his son.

‘We miss him more with each day that passes and although a sentence has now been passed, we will live with the legacy of the actions of Joanne Dennehy, and we may never have the true answer as to why Kevin had his life ended in such an abhorrent way.

‘The support we have had throughout this nightmare has been overwhelming and we are eternally grateful to all of you. We also wish to extend our deepest sympathies to the families of all those affected by these despicable acts of evil.

‘Today we feel that justice has been served upon these individuals, but each day we live with the pain created by this monster Joanne Dennehy and her accomplices, but unfortunately no amount of justice will ever bring Kevin back.’

‘She showed utter disrespect for everything and everyone in that courtroom.

‘The fact that she will not see daylight again is a huge comfort for the families.

‘It is absolutely the right thing that she will not come out of prison.’