Elize Stevens believed her love could change a reclusive millionaire who was so dogged by mental illness he had tried to kill himself three times and was threatening to harm others.

She was tragically wrong.

On March 1 2019, Elize Stevens, 50, dropped off her two daughters and son off at Likya, their favourite Turkish restaurant on the Golders Green Road, telling them she had to be at her boyfriend’s flat by 9pm.

It was last time they would see her alive.

At around 10am the following morning the synagogue worker was stabbed 86 times by the man she had rushed to visit, Ian Levy, 55.

Elize had left Israel in 2011 to escape a violent and abusive relationship, and worked as a welfare officer at S&P Sephardi Community in Hendon, north London.

She was appointed to the Jewish charity’s welfare board in August 2018, shortly after she began her relationship with Levy.

From a wealthy family, Levy co-owned five substantial houses which he rented out and also had several jewellery shops.

He never had children and had worked as a pawn brokers in one of the family shops but left because he found it ‘too depressing.’

Levy attempted suicide three times and had jumped from car parks twice because of problems in relationships. 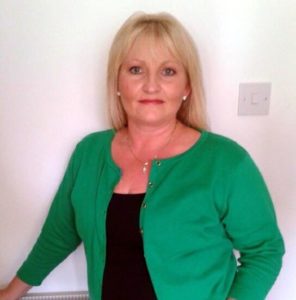 A six month marriage ended in 1997 because of trust issues and he was sectioned in 2002 after another break-up led him to attempt suicide by leaping from the top of Southend carpark.

Levy was hospitalised again in 2012 due to relationship difficulties and again in 2015 after a prospective partner rejected him.

‘He told her that he loved him and she laughed at him,’ his brother Andrew Levy said.

‘He jumped from the car park in Brent Cross and was sectioned.’

Levy suffered a fractured pelvis and other injuries in the fall from the fifth storey.

‘They kept him in to treat his injuries for three months,’ his brother said.

Mr Levy said he was concerned when in August 2018 his brother told him he was seeing Elize.

‘He couldn’t cope with relationships. Every time he met a girl he became suicidal,’ he said.

Elize met Levy when her father Alan died and he attended his Shiva, a traditional Jewish mourning ceremony. They met again Slimming World and began a relationship in the summer of 2018.

Initially the relationship had a dramatic effect on Levy.

Neighbour Richard Zermanski said: ‘Ian had lost a lot of weight, started dressing better, he used to dress quite shabbily.

‘I said to him, ‘Ian, you look fantastic,'” to which Mr Levy replied: “I’m really well, I have met somebody.”

But Levy was sectioned a fourth time on February 18 2019 after threatening to suicide again.

He was admitted to Chase Farm Hospital in Enfield and was detained during his stay after ringing the police and repeating his threats to kill himself.

The day before he was sectioned, Levy had called his sister-in-law Louisa Levy sounding ‘almost psychotic.’

He would murder Elize on March 3 – three days after he was released from psychiatric care.

Andrew Levy spoke to her few days before her death, telling her that his brother had trouble dealing with relationship and suggesting she should end their relationship.

‘I said it may be better if she were to leave him alone,’ Mr Levy said.

‘She said she wanted to be there for him. Be a mother to him. She wouldn’t leave him.’

Elize had constantly supported Levy during his time in hospital even after he told her he was not good enough to have a relationship with her and feared she would dump him for someone else more stable.

‘You need to move forward and forget about the past – the future will be much better than the past was. I am here and waiting for you.

‘I believe you can get through this with the right therapist and the right medication – you are a fighter.’

She visited him in hospital as often as she could bringing love letters and his favourite treats of can of Coke and Bounty bars.

Elize researched his condition and spoke to him excitedly about their future plans for when he was discharged on February 28.

Neighbour Michael Harvey raced to Mr Levy’s flat after hearing her screams but Levy refused to open the door.

He could hear Elize sobbing: ‘Ian stop it. Leave me alone or you’re going to kill me,’ followed by a ‘gurgling’ noise.

Levy stabbed was stabbing Elize with such force that her blood soaked the surrounding floor, walls and skirting of his flat.

One wound he had inflicted upon her abdomen was so large that her intestines were poking through the hole in her flesh.

When police arrived they found the killer naked and bathed in his victim’s blood.

Mr Zermanski who had assisted Mr Harvey in trying to open the door said: ‘He looked like he’d been submerged in a bath of blood.’

Elize was found naked and laid on her back with a large claw hammer resting between her legs.

A 20cm knife was next to her, together with a pair of blood drenched tracksuit bottoms.

PC Craig Vincent, who arrested Levy, said: ‘I saw Mr Levy completely naked and covered in blood from the neck down. 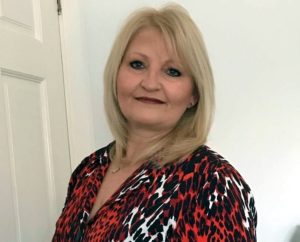 ‘Literally, I can only describe it as like a movie scene. It was arms, shoulders, body, legs – all completely red. I could also see some blood coming from the top of his head.

‘It was something I have never seen before.’

As the synagogue worker lay dead at his feet, Levy moaned to the officer about a minor cut to his own hand.

‘Please do something about my hand,’ he pleaded: ‘Please, my hand’s killing me.’

Levy added: ‘It’s the hospital’s fault. They let me out. They knew I was depressed.’

Levy admitted manslaughter but denied murder, claiming his responsibility for the killing was diminished by his mental condition.

But he was convicted by the jury and ordered to serve at least 21 years before he can be considered for parole.

Judge Richard Foster told him ‘You had in Elize Stevens a person who loved you, cared for you, was planning we heard to move in with you, to share her life with you. She was supporting you, she loved you.

‘You took her life away so savagely and so selfishly. What made you do that terrible act was that toxic mixture of rage, self pitying and resentment.

‘She was naked, her clothing was neatly folded up in the side. She was vulnerable. You selfishly murdered her because you were concerned she might meet someone better than you.’