The brothers, who had learning difficulties and few friends, were already outcasts and failures by the age of 18.

They spent most of their days on the internet, desperately trying to impress underage girls on MSN messenger with their deranged Gothic fantasies.

But in January 2005 the brothers began bragging to two 15 year-old girls they had killed their gran for her £1,000 life savings.

Robert’s ‘girlfriend’ Siobhan Henderson, who had once planned to run away from home in Darlington, County Durham, to meet him, at first thought it was just a sick joke.

She later told police: ”Robert said he had killed his grandmother, beaten her up and hit her with a hammer.

‘Jonathan also said it as well. I thought they were lying because they were like bragging. I didn’t believe it. He said: ”We have killed her.”’ 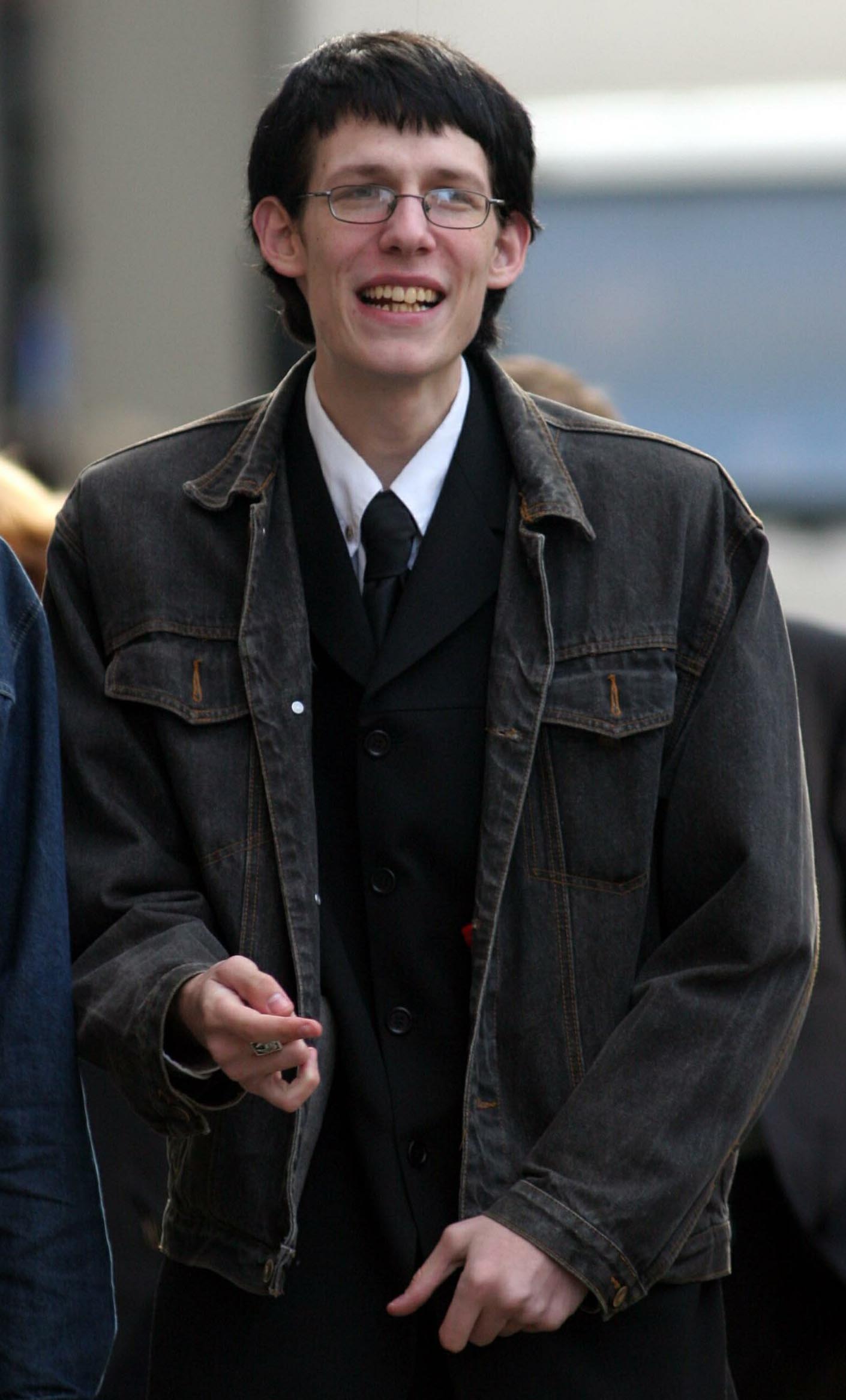 Her friend Hayley Rance, who had phone sex with the other twin Jonathan, recalled: ‘He told me they had killed their nana. He also said he had cancer and he was going to hang himself.’

But this time their boasts were true.

Victim Anjelica Hallwood, 74, was not the twins’ biological grandmother, but had adopted the pair as her own flesh and blood and shown them only kindness.

Originally from Malta, she was just 4ft 10ins tall and lived on the ground floor of her home at [23] Granville Avenue, Edmonton, because she was too weak to climb the stairs.

The brothers had discovered she hoarded money in her bedroom and stole around £800 from her the previous year.

They were also incapable of finding work and had been sacked from their last job at Paradise Park Zoo in Broxbourne, Herts, for crashing a jeep.

By January 27, 2005, the day before their 18th birthday, they were seriously short of cash and were determined to celebrate in style.

In desperation, they turned to their friend Dwane Johnston, a classmate from Enfield Tuition College who had just that morning been released from prison after serving a short sentence for disqualified driving.

Together they came up with a plan to raid Ms Hallwood’s home on the night of their birthday party.

Slipping away from the family bash in Chalfont Road just before midnight, the twins met up with Johnston and crept into the house in darkness.

‘SHE HAD MONEY IN THE WARDROBE’

According to the Johnston’s later confession, the brothers pulled out bags of cash from her wardrobe and drawers as Johnston punched the pensioner in the face.

Johnston also forced his forearm into her neck, suffocating her as she lay on the floor. 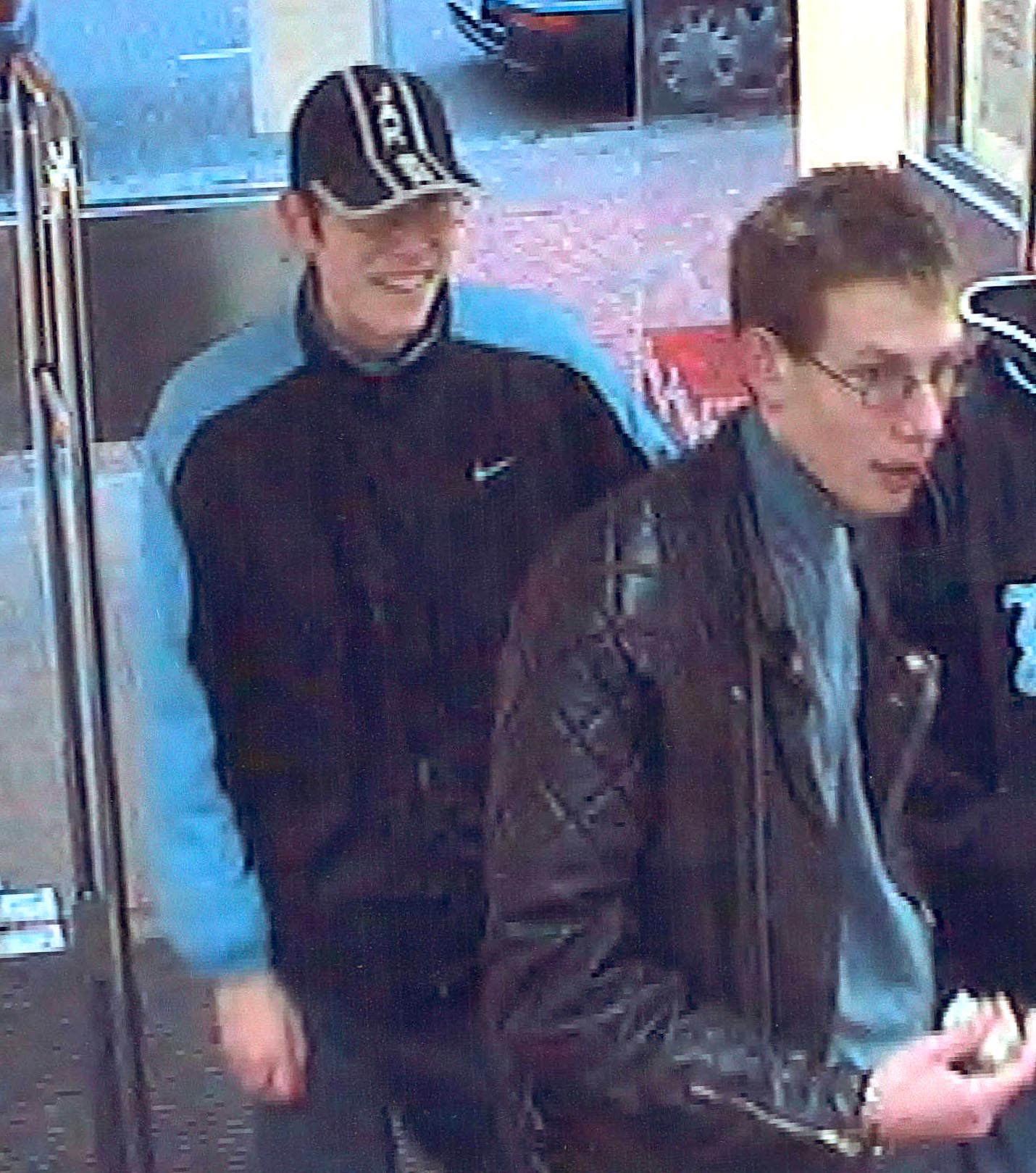 The teenagers then fled, dumping Mrs Hallwood’s treasured photographs in a nearby alleyway.

Even though they had left their grandmother for dead, the twins tried to buy £40 in mobile phone top-up cards on their way home.

They left empty handed when the shopkeeper told them some of the cash was no longer legal tender.

So the twins rounded off their birthday celebrations with a kebab before returning to the party as if nothing had happened.

The next morning the victim’s daughter Joan Hallwood went to the victim’s house but could not get any answer at the front door.

Johnston posed as a Good Samaritan and slipped the security chain to allow Ms Hallwood in to find her mother lying dead on the floor of her bedroom.

Drawers were spilled, the wardrobe had been smashed open and clothes and blankets had been strewn over the corpse.

A postmortem later revealed Anjelica Hallwood had been punched so hard that the bones in her face had been smashed.

The brothers feigned horror at the shocking news – but within an hour were out shopping with their some of their loot.

Jonathan bought a mobile phone for £170, only to be mugged by a group of hoodies on his return to Edmonton.

Unperturbed, he simply went home to collect more of the stolen cash and bought another.

Chilling CCTV footage at the shop showed the brothers laughing and joking as they spent their dead grandmother’s money.

Johnston was at first treated as a witness, but his story began to unravel and he was soon telling officers the robbery was orchestrated by the Maskell twins.

He revealed: ‘Jonathan was going on about robbing her ‘cos she had money in the wardrobe.’

A search of the house revealed the brothers had left their fingerprints on a coffee jar and a boot print on an envelope during the raid.

The twins did not give evidence during the Old Bailey trial and denied any involvement in the killing. 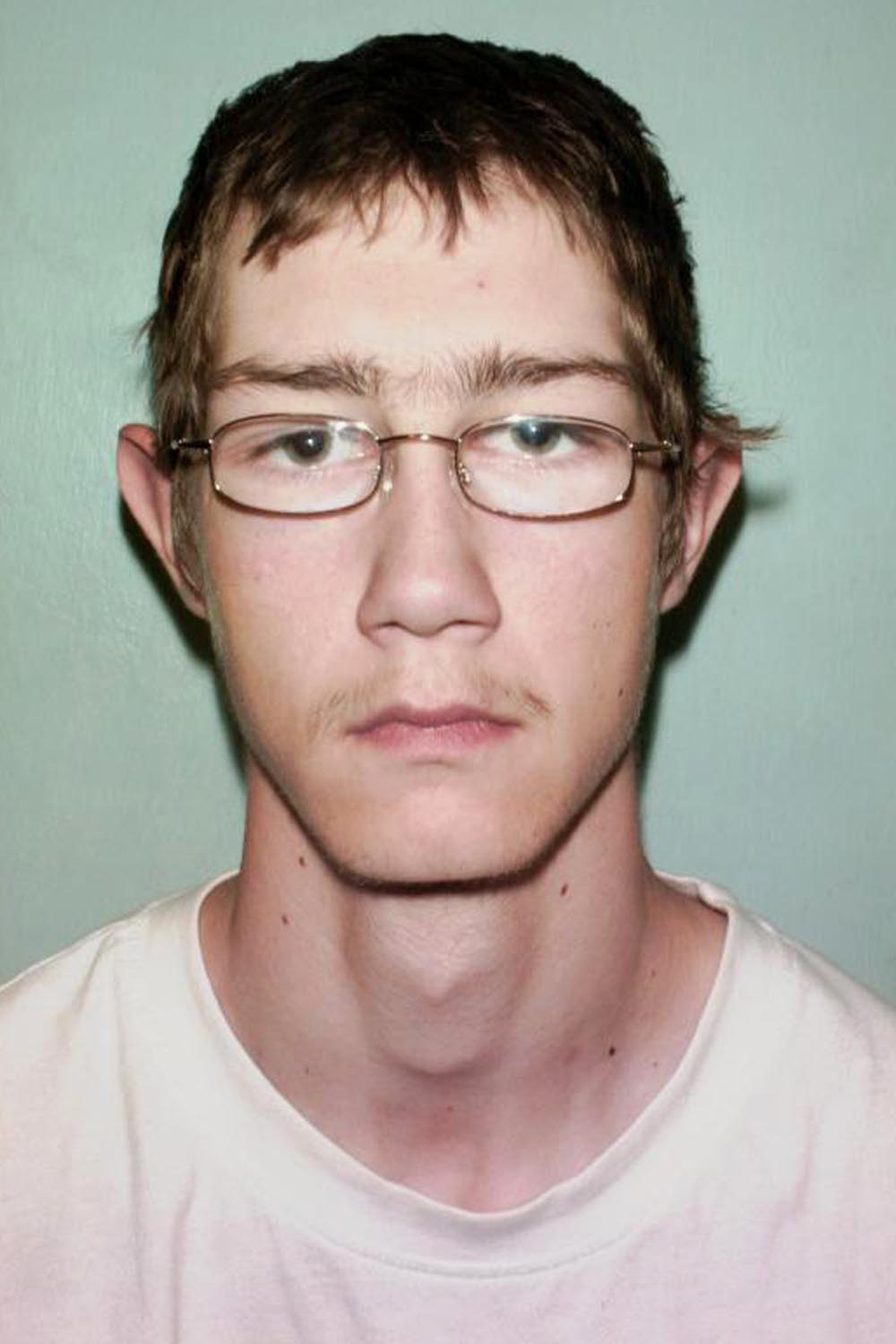 Although the teenagers were cleared of murder they were all convicted of manslaughter and robbery.

Judge Gerald Gordon jailed them for nine years each, adding: ‘It is difficult to imagine a more despicable crime.

‘For reasons of pure greed and regardless of the effect upon here you set out to rob her.

‘You could so easily have arranged to steal while she was out and safe but not a bit of it.

‘Even though you knew that in order to rob she would have to be restrained to enable you to carry out your ransacking of what little remained to her, that is what you chose to do.

‘The fact that this thuggery was mindless is no consolation to Mrs Hallwood or her immediately family, who have been devastated by what has happened.’

The last thing the twins heard as they walked down to the cells was Mrs Hallwood’s son shouting: ‘Bye, scumbags.’