Teenager Kristy Bamu was tortured to death by his sister and her boyfriend because of their twisted obsession with African black magic.

Magalie Bamu, 29, attacked her 15-year-old brother with pliers and a metal pole, while her lover Eric Bikubi, 28, used knives, wooden planks and a hammer to perform a sadistic exorcism.

The pair also inflicted savage beatings on Kristy’s sister Kelly, 20, and an 11-year-old sister, who cannot be named, after they too were accused of sorcery.

But it was Kristy who bore the brunt of the attack, suffering 130 separate injuries after he was subjected to ‘torture of quite brutal and savage proportions’.

His face and head were covered in cuts, his teeth had been smashed out and ceramic floor tiles had been broken over his head when he was discovered in his attackers’ blood-soaked flat on Christmas Day 2010. 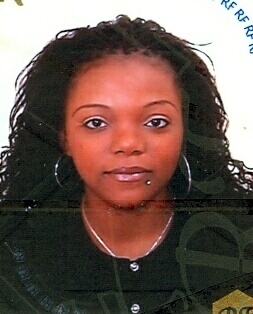 Part of his ear had been torn off with the pliers and he had been forced to eat a metal screw.

Bamu and Bikubi were convicted of Kristy’s murder following a two-month trial at the Old Bailey. Both were handed life sentences – with Bikubi to serve at least 30 years and his partner 25 – for what a judge described as a killing that ‘almost surpassed belief’.

‘UNCLE ERIC IS GOING TO KILL ME’

Kristy and his four siblings had come from their home in Paris for a holiday with Bikubi and Bamu at their eighth-floor flat in Hathaway Crescent, Manor Park, east London.

But the hosts became convinced their guests were practicing kindoki – a form of witchcraft prevalent in their native Congo – and were using it to control another child of the family.

Bikubi believed a pair of Kristy’s wet underpants found in the flat’s kitchen were a sign of ongoing sorcery and forced the youngsters to fast and take part in an all-night prayer vigil.

He then told his three victims he was going to throw them out of a window because he ‘wanted to see how witches fly’.

The pair then inflicted a series of increasingly violent punishments, using weapons including a curtain rod and a weightlifting bar.

They made dozens of phone calls to the children’s parents, Jacqueline and Pierre, who had stayed behind in Paris, and demanded they come and collect the youngsters.

In one chilling exchange, Bikubi forced Kristy to tell them: ‘Uncle Eric is going to kill me’.

At one point Bikubi managed to extract a witchcraft ‘confession’ from Kristy, who admitted he was a ‘sorcerer’ and ‘had a mission’ to kill Bikubi and Bamu.

But it did not bring an end to the ordeal and a short while later, as Kristy begged to be allowed to die after hours of brutal beatings, he was placed into a bathtub, where the running water slowly rose above his head and drowned him.
The hammer used to batter Kristy

Both Bikubi and Bamu took a key role in the ‘unspeakable savagery and brutality’ directed at their victims, prosecutor Brian Altman QC told jurors.

‘He repeatedly accused them of being witches,’ he said.

‘Magalie Bamu did nothing to intervene or prevent Bikubi from persisting in the violence.

‘Indeed, Kelly told her sister Magalie that they had done nothing and asked her why she was doing nothing to prevent Bikubi hurting them.

‘Her only response was to tell them that they deserved it and that she had no pity for them.’

‘THERE WAS BLOOD EVERYWHERE’

Kristy’s elder sister Kelly said the mood in the flat had been pleasant until Bikubi uncovered the wet pants.

‘That’s what triggered everything,’ she said. ‘All over a pair of pants.’

She said Bikubi had ‘brainwashed’ her sister, who sat by ‘like a spectator’ while Bikubi attacked and egged him on, urging: ‘You shouldn’t take pity on them.’

‘She didn’t give a damn,’ added Kelly. ‘She said that we deserved it.’

Kristy’s youngest sister, aged 11, said she thought she was in a nightmare as she was beaten and forced to watch as her brother was tortured.

She was even forced to take part in a bizarre ritual with a light bulb by Bikubi shortly before her brother was killed. 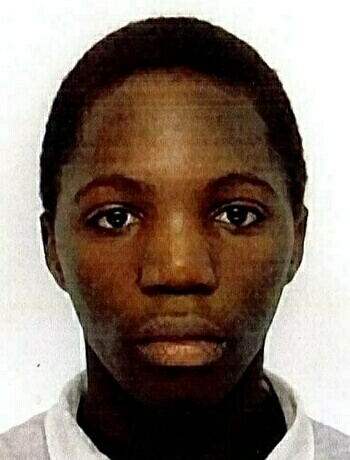 ‘He had a light bulb in my mouth,’ she said. ‘Then he placed the knife on me.

And Kristy’s younger brother, then aged 13, said he and his older brother Yves, 22, had been forced to join Bikubi as he broke ceramic floor tiles over Kristy’s head.

‘He said we would have to obey otherwise we would get hit,’ said the boy.

‘Then he picked up two tiles, then a third, then a fourth.

‘When it was over he hit him with a stick. There was blood everywhere.’

He was also forced to watch as his brother drowned. Water from the bath overflowed and leaked down to the sixth floor, triggering a visit from a Newham Council emergency plumber.

The tradesman said he had heard splashing from the bathroom but ‘didn’t pay it too much attention’ and left just minutes before police and ambulance crews were summoned at around noon.

Phone records showed dozens of calls had been made to Kristy’s parents in the days leading up to the killing, including 45 on Christmas morning alone.

Several calls lasted two hours or more, as Bikubi pressed Jacqueline about how he could tell if someone was a witch.

Kristy’s dad Pierre said he had borrowed 1,000 Euros from a friend and made a desperate attempt to find a rental car so he could drive to London and pick the children up after he was told his son would die on December 25.

But he was unsuccessful in his hunt and eventually made plans to go to London with his wife two days later.

His wife had raised concerns in the days before, but he had dismissed them because he did not believe in witchcraft, he said.

‘I thought they couldn’t hurt the children because of something to do with witchcraft,’ he added.

AN OBSESSION WITH THE OCCULT

Bikubi had himself been accused of witchcraft as a young boy and was placed in isolation by village elders in his native Congo after he claimed to have experienced visions of rats.

It was the start of an occult obsession that continued when he moved to the UK in the early 1990s and became increasingly intense over the next two decades.

After beginning a relationship with Bamu in around 2004 he became increasingly concerned that he was the target of voodoo and moved house half a dozen times to properties across London in an attempt to escape the ‘evil influence’.

He described seeing his brother coming into his room at night and trying to strangle him and became convinced Magalie was his half-sister.

But instead of seeking medical help he began to pray intensely, researched kindoki on the internet and even visited a group of Nigerian pastors in Holloway Road, north London, to ask for their help.

During the trial it emerged that Bikubi had abused a distant cousin of Bamu’s after accusing her of witchcraft while she was staying with the couple in Dagenham, Essex, two years before the fatal attack on Kristy.

Naomi Ilonga, then 19, had her long hair chopped off in August 2008 after she was told she had ‘got witchcraft’ because she had been biting her nails.

Bikubi ordered her to take time off sick from her job as a shop assistant in the High Street Kensington branch of Marks and Spencer so she could fast and pray and told the girl’s mother: ‘Your daughter will die’.

He also ordered Bamu to throw away any pots, pans and clothing their guest had come into contact with.

After his arrest for Kristy’s murder, Bikubi told a psychiatrist he hoped the truth about witchcraft would emerge during the trial.

Kristy’s dad Pierre, who had been planning to open a restaurant with Bikubi in London, said: ‘Kristy died in unimaginable circumstances at the hands of people he loved and trusted – people we all loved and trusted.

‘Christmas, a festival of joy and Jacqueline’s birthday, will always be scarred by the terrible events.

‘We were always fond of Eric. We regarded him as a son. We were honoured that he would call us mum and dad.

‘We feel betrayed. How could they accuse, judge and sentence?

‘To know Kristy’s own sister Magalie did nothing to save Kristy makes the pain that much worse.’

Bikubi admitted the killing, but claimed he was only guilty of manslaughter because he was suffering from brain damage that could have caused delusions and hallucinations. 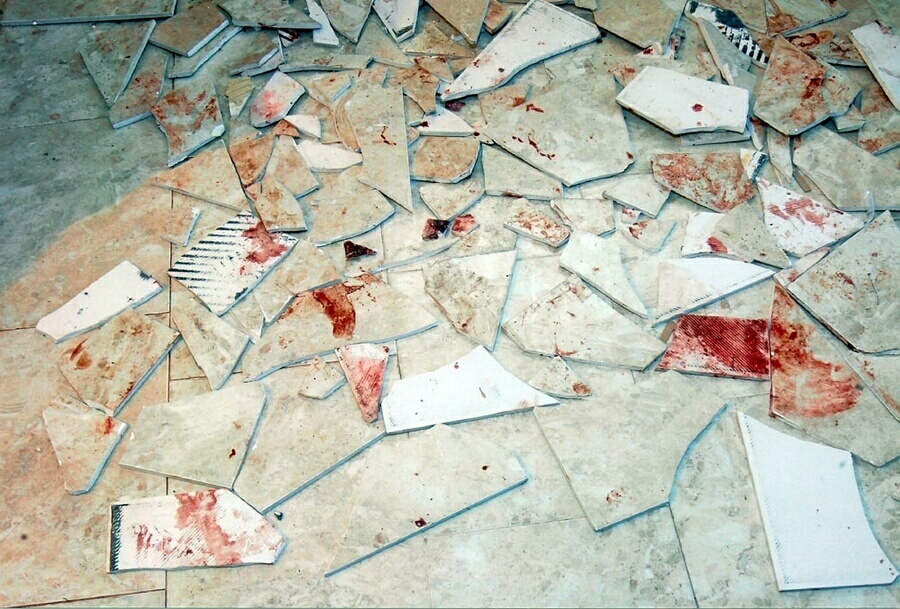 Tiles stained with the victim’s blood

His lover denied any part in the attacks and claimed she had been forced to obey his orders.

But both were found guilty of murder following a two-month-long trial by the jury of seven women and five men.

They were given life sentences. with Bikubi handed a minimum term of 30 years and Bamu 25 years, for what Judge David Paget QC described as a ‘sadistic’ killing that ‘surpassed belief’.

He told them: ‘I am in no doubt that this murder did involve a sadistic element.

‘The intention, I have no doubt, was to rid Kristy Bamu of witchcraft, but to do that both defendants brutalised and physically abused him until eventually he died.

‘It was prolonged torture over a period of something like two days.’

He added: ‘I find it impossible not to conclude that there was an intention by Eric Bikubi to kill – perhaps not at first, but by the end of the ordeal inflicted on Kristy – and Magalie Bamu must have realised that might happen.’

Judge Paget said it was obvious both Bikubi and Bamu had a genuine belief in witchcraft, but told them: ‘Although that may help explain to some extent what you did, it must be clearly understood that a belief in witchcraft, however genuine, can never excuse an assault on another person, still less the killing of another human being.’